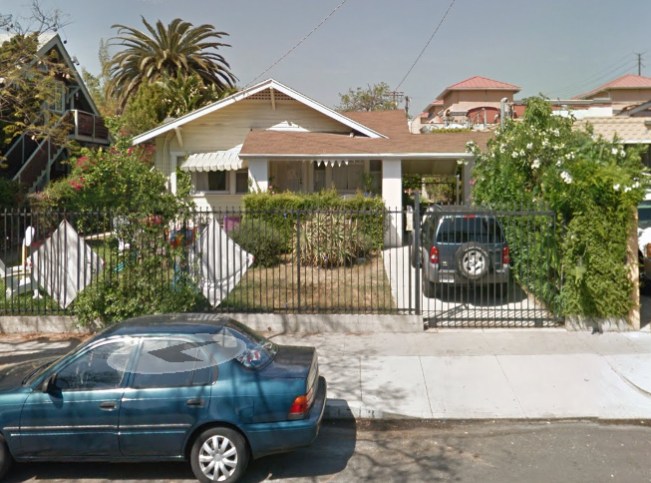 Site of the former Acker-Mini-Mansion.

Efforts to have Forrest J Ackerman’s former home at 4511-4513 Russell Avenue designated a Los Angeles Historical Cultural Monument received a setback when the Los Feliz Neighborhood Council voted to oppose the request at its January 19 meeting.

After selling the original Ackermansion in 2002, Ackerman moved himself and what remained of his legendary collection to the 4513 Russell Ave. address. He dubbed his new home the “Acker-Mini-Mansion.”

The results of their vote will be passed on to the Los Angeles Cultural Heritage Commission (CHC), which is expected to take up the application at its February 4 meeting. If the CHC supports the application, it will move to Los Angeles City Council, which then has 90 days to act.