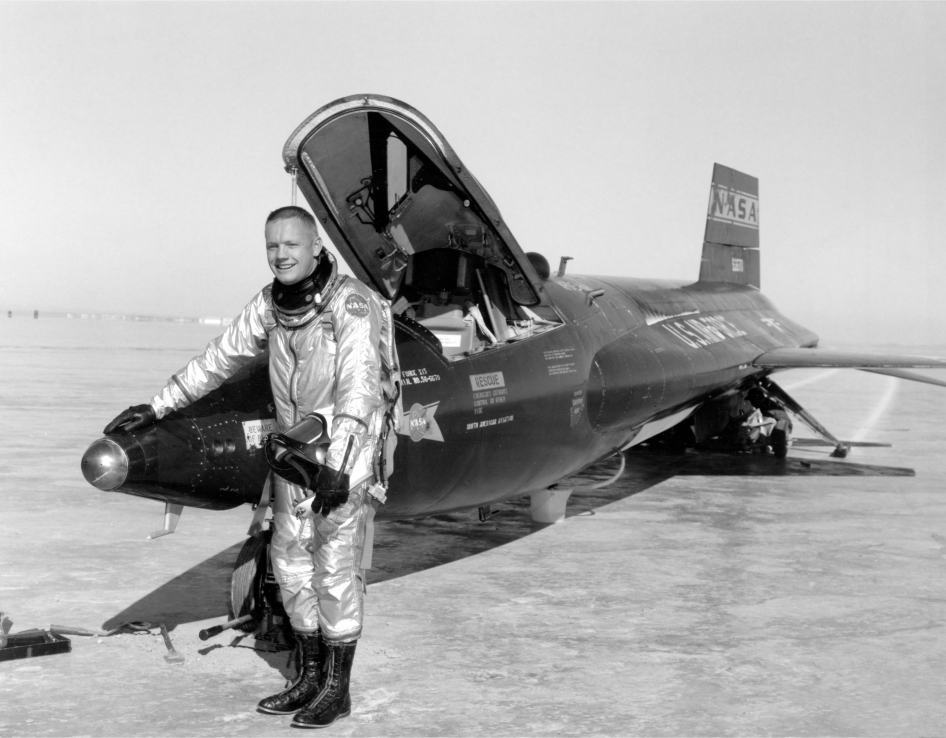 NASA Center Renamed in Honor of Neil A. Armstrong This photograph shows Neil Armstrong next to the X-15 rocket-powered aircraft after a research flight. President Barack Obama has signed HR 667, the congressional resolution that redesignates NASA’s Hugh L. Dryden Flight Research Center as the Neil A. Armstrong Flight Research Center, into law. The resolution also names Dryden’s Western Aeronautical Test Range as the Hugh L. Dryden Aeronautical Test Range. Both Hugh Dryden and Neil Armstrong are aerospace pioneers whose contributions are historic to NASA and the nation as a whole. NASA is developing a timeline to implement the name change.

Neil A. Armstrong was born Aug. 5, 1930, in Wapakoneta, Ohio. He earned an aeronautical engineering degree from Purdue University and a master’s in aerospace engineering from the University of Southern California. He was a naval aviator from 1949 to 1952. During the Korean War he flew 78 combat missions. In 1955 he joined the National Advisory Committee for Aeronautics (NACA), NASA’s predecessor, as a research pilot at Lewis Laboratory in Cleveland.

Armstrong later transferred to NACA’s High Speed Flight Research Station at Edwards AFB, Calif., later named NASA’s Dryden Flight Research Center. As a research project test pilot over the course of seven years at the center from 1955 through 1962, he was in the forefront of the development of many high-speed aircraft. He was one of only 12 pilots to fly the hypersonic X-15 as well as the first of 12 men to later walk on the moon. In all, he flew more than 200 different types of aircraft.