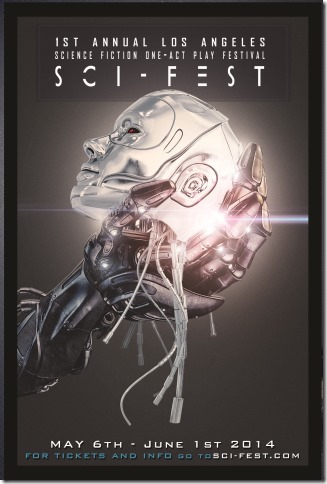 SCI-FEST, the 1st Annual Los Angeles Science Fiction One-Act Play Festival, is now offering $15.00 “NERD RUSH” tickets. Show up at the box office and if there are seats available, you can get in for $15. Early arrival is highly recommended.

SCI-FEST’s performance schedule is Tuesday thru Saturday at 8 p.m., Sundays at 3 p.m. Complete info at the website.

The shows have gotten great reviews – check them out .