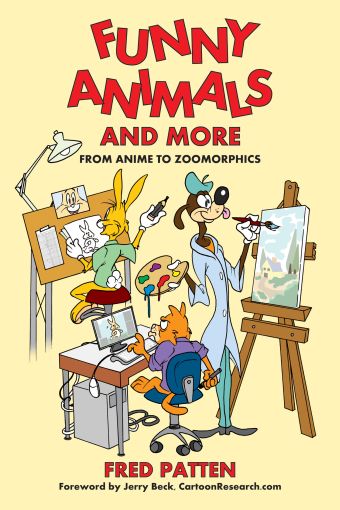 Fred Patten’s Funny Animals and More: From Anime to Zoomorphics is out from Theme Park Press —

In Funny Animals, Fred Patten shares the history of anime in America, from the primitive VHS tapes to the blockbuster movies, as he experienced it, and often as he made it happen. You’ll read about the major anime series, the talented (and often eccentric) artists who created them, and their success—or failure— in America. Fred also looks at the anime industries in other countries, such as India.

Patten also has something to say about that 500-pound gorilla in the animation field, the Disney Studios, from the ambition of Japanese company Sanrio to become “bigger than Disney,” to the debate about whether Walt Disney met Adolf Hitler during a 1935 European vacation, to the latest on Disney’s planned “funny animal” movie, Zootopia.