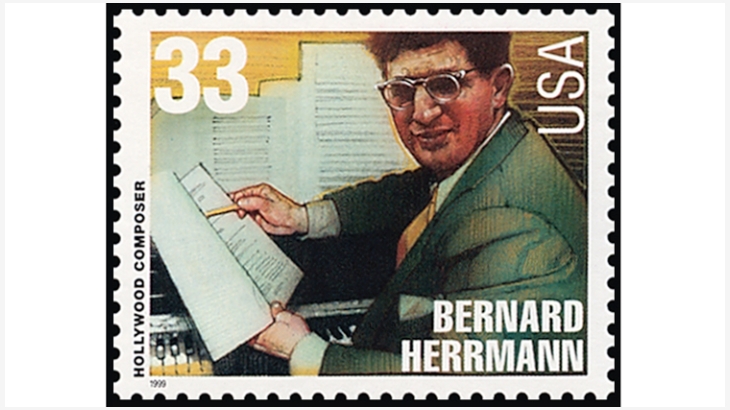 (1) Composer Bernard Hermann was born today in 1911. His very first film score, for Citizen Kane (1941), was an Oscar nominee. But it lost — to Hermann’s other nominated film score, for The Devil and Daniel Webster (1941).

He also wrote The Twilight Zone theme that was used in its first season (though not the one most identified with the show; Marius Constant’s theme replaced it in season two.)

(2) Animator, producer and LASFS member Ray Harryhausen, was born in 1920.

(3) Actor Slim Pickens, born in 1919, broke into Hollywood as a singing cowboy before directors realized his full comedic potential.

In Dr. Strangelove or: How I Learned to Stop Worrying and Love the Bomb he played B-52 pilot Major T.J. “King” Kong. Before his big scene riding an A-bomb to glory he cracked up the audience with this soliloquy:

(Thanks to Bruce Townley for posting this quote today on Facebook.)

Pickens was also the evil cowboy boss Taggart in Mel Brooks’ Blazing Saddles, where his many iconic lines include one that launches the climactic set-smashing brawl – “Piss on you! I’m working for Mel Brooks!”