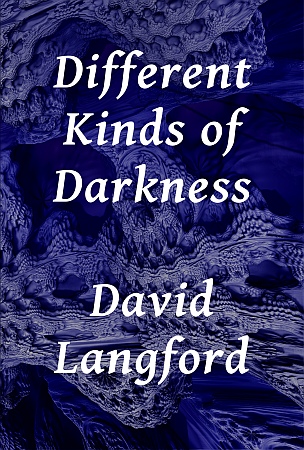 David Langford’s collection Different Kinds of Darkness, now available in ebook form, gathers his “straight” sf, fantasy and horror short fiction. Taking its name from the title of Langford’s 2001 Hugo-winning short story, the book contains all the material from the previous 2004 edition plus six added items.

The stories range from his first Langford professional appearance in 1975 through 2010, amounting to approximately 126,000 words. Buy the ebook here.

Langford’s parodies and pastiches are found in the companion volume He Do the Time Police in Different Voices.

The table of contents for Different Kinds of Darkness follows the jump.

The added items not included in the 2004 book are: