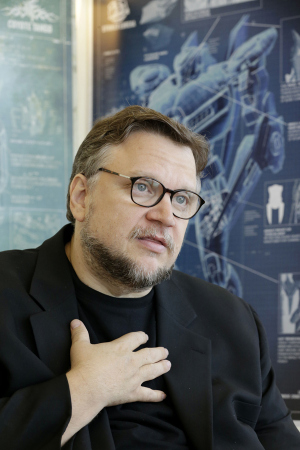 Will there ever be a Pacific Rim sequel? The film was originally slated for an August 2017 release but now the project has been “halted indefinitely and will be pushed back (if it gets made at all)” says The Hollywood Reporter.

“Pacific Rim 2” Could Be Cancelled For Same Reason As “Tron 3” speculates Scott Mendelson at Forbes.

For a studio that perhaps wanted an extra franchise to impress the stockholders, a Pacific Rim sequel made, well, “sense” is too strong a word, but it wasn’t a terrible idea if costs could be contained or if a movie star could be procured….

But then 2015 happened. Universal had a stunningly solid year…

But for the moment, like Disney when they pulled the plug on Tron 3, Universal is in a rare position of having too many franchises to juggle, to the point where they really don’t want to take a chance on an expensive and risky proposition.

“We are still turning in a screenplay and a budget in three weeks,” writer-director Guillermo Del Toro tells EW. “As far as I’m concerned, it’s not gone. We’re still on it.”

Del Toro says the film’s delay is only temporary. “It moved further,” he says. “I may do another movie in the middle.”

Del Toro is no stranger to long-delayed passion-project blockbusters. “I can tell you this, if I was a billionaire, I would definitely do Hellboy 3, Pacific Rim 2, and At the Mountains of Madness.” He laughs. “And I would quickly become a millionaire.”

A little joke there…