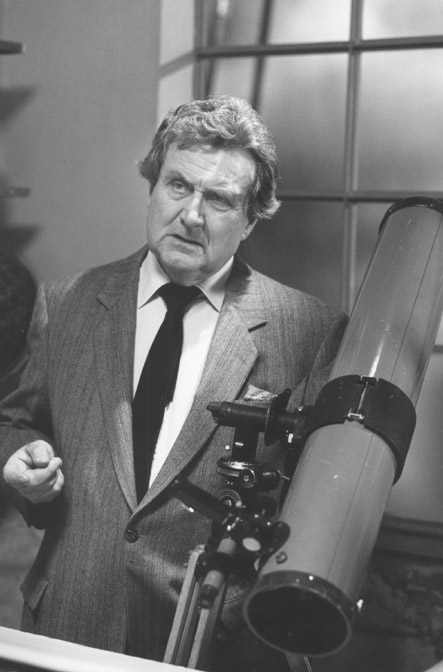 Actor Patrick Macnee died June 25 at home in Rancho Mirage, California. He was 93.

Macnee became a TV icon as the perfect gentleman spy John Steed in The Avengers (1961-1969) and The New Avengers (1976-1977), series in which he was complemented by a succession of celebrated female partners, Honor Blackman, Diana Rigg, Linda Thorson, and in the relaunch, Joanna Lumley.

Macnee was not one of those actors who loathed to be identified with his most famous role. He co-wrote two Avengers tie-in novels, Dead Duck and Deadline. He titled his autobiography Blind in One Ear: The Avenger Returns, (1988, dictated to Marie Cameron). He did commercials in character and was even recalled to play Steed in original Avengers footage made for The Pretenders’ 1986 music video “Don’t Get Me Wrong.”  Although Ralph Fiennes played Steed in the 1998 movie of The Avengers , Macnee was present in a voice cameo as “Invisible Jones.”

Macnee’s first film appearance was as an uncredited extra in Pygmalion (1938). His acting career did not take off until he returned from service in WWII, when he worked in several live TV productions for the BBC, including The Strange Case of Dr. Jekyll and Mr. Hyde (1950). He also had a small role in the movie A Christmas Carol  (1951) with Alastair Sim. Before starring in The Avengers he worked steadily in US and Canadian television.

His genre work includes The Twilight Zone episode “Judgment Night” (1959), a segment of Rod Serling’s Night Gallery (1971), and a Ray Bradbury Theatre episode “Usher II” (1990). Macnee voiced the Cylon leader in 13 episodes of Battlestar Galactica (1978-1979). He starred in the 1990s science fiction series Super Force and played a supporting role in the parody Lobster Man From Mars (1989). His last credit was The Low Budget Time Machine in 2003.