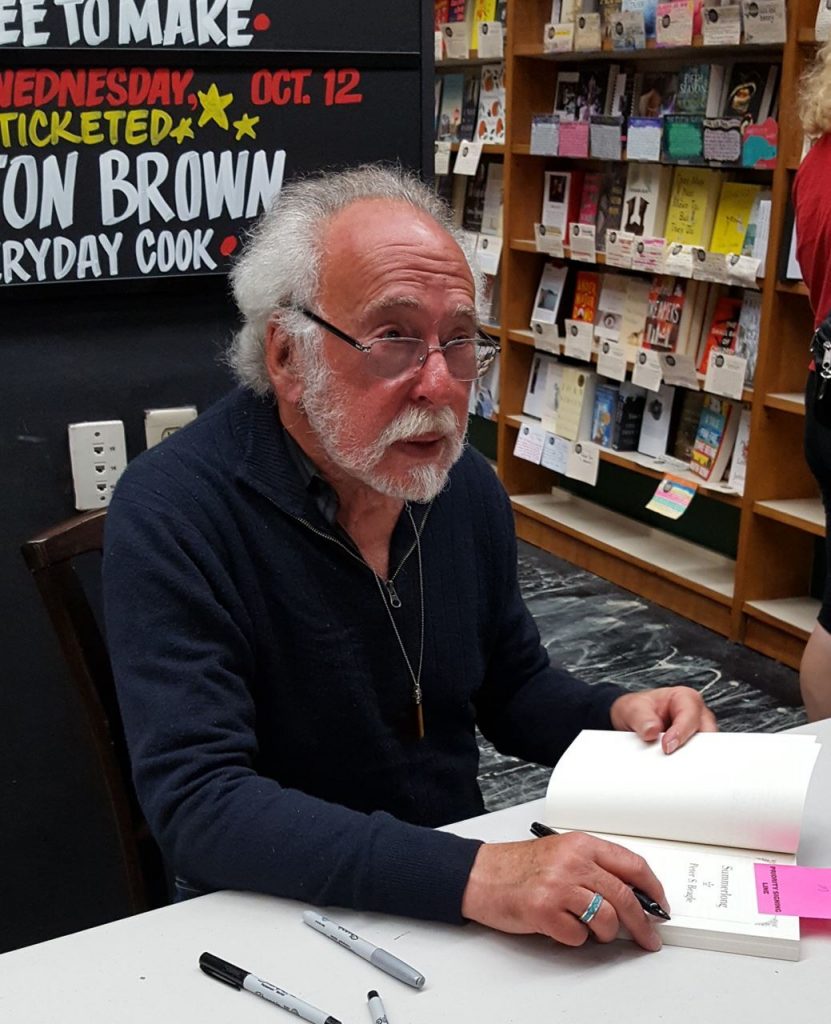 The Damon Knight Memorial Grand Master Award is given by SFWA for “lifetime achievement in science fiction and/or fantasy.” Beagle joins the Grand Master ranks alongside such legends as C. J. Cherryh, Anne McCaffrey, Ursula K. LeGuin, Isaac Asimov, Ray Bradbury, and Joe Haldeman. The award will be presented at the 52nd Annual Nebula Awards Weekend in Pittsburgh, PA, May 17-20, 2018.

Beagle, best-known for his novel The Last Unicorn, and has also explored our fascination with the mythical in The Innkeeper’s Song, A Fine and Private Place, and a wide variety of short fiction. Beagle won the Hugo and the Nebula Award for his 2005 novelette “Two Hearts.” He has won the Mythopoeic Award for his novels The Folk of the Air and Tamsin. He was nominated for a Hugo for his adaptation of J.R.R. Tolkien’s The Lord of the Rings for Ralph Bakshi’s animated version and wrote the screenplay for the Star Trek: The Next Generation episode “Sarek.”

Peter Beagle’s work has been the gateway for multitudes of fantasy readers, but also writers as well, including myself. His work shines a light on the human heart and its beauties even when that heart is flawed and wanting, showing how that beauty arises from such imperfect conditions. Beagle unquestionably belongs among the greats, and I count it a privilege to invite him to be the next SFWA Damon Knight Memorial Grand Master.

The Nebula Awards will be presented during the annual SFWA Nebula Conference, which will run from May 17-20.

On May 20, a mass autograph session will take place at the Pittsburgh Marriott City Center and is open to the public. For more information on the conference, including a link to register, visit nebulas.sfwa.org.