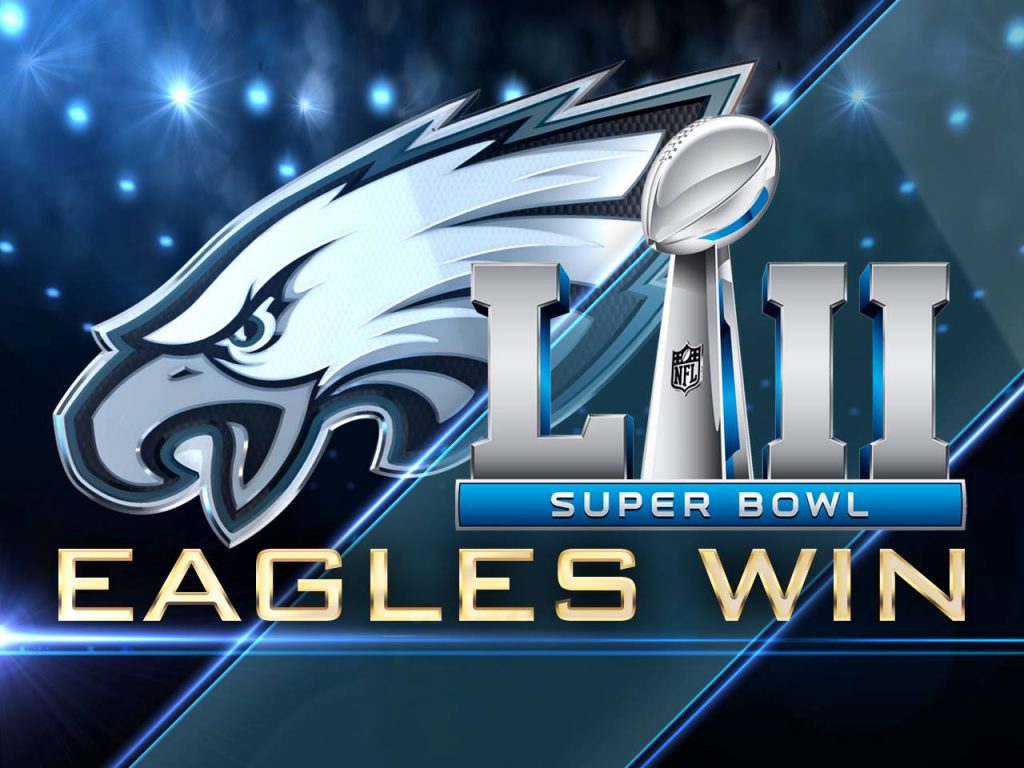 By Steve Vertlieb: In case you were living under a rock in Ecuador and hadn’t heard, The Philadelphia Eagles won The Super Bowl Sunday night. Now, to anyone who knows me, the news that I am not a sports fan shouldn’t come as a complete or utter shock. Since 1950 when I was four years old, and my dad brought home our first television set, my heart and soul have been both passionately and singularly devoted to movies and to music.

My childhood was spent largely in a rapturous fantasy world inhabited by Ray Harryhausen’s dinosaurs, cyclopian monsters, forbidden planets, and the arts. When I was forced to venture out into a largely hostile, abusive environment in which both my brother and I were subjected to years of physical torment and psychological abuse by bullies and jocks, we learned to loathe and despise the predatory predilections of the anger ridden classmates who delighted in torturing and tormenting us. Now, it may not surprise anyone to learn that I am a fully accredited “nerd.” Just ask my girlfriend. I was, perhaps, the least athletically inclined or physically proficient lad in either junior high or high school.

Consequently, a substantial portion of my adolescence was spent couched in child psychiatrist’s offices, combating severe depression and suicidal yearnings. Suffice to say that I matured with a self-protective loathing for, and suspicion of, sports and the sadistic neighbors and classmates who worshipped them. At seventy-two years of age, I had never watched a football game, nor had I the slightest interest in doing so.

That was, until Sunday night. A friend asked me Sunday morning if I was going to watch The Super Bowl, and I rather cooly answered “No.” As six o’clock Sunday evening crept into my consciousness, I turned my television dial to our local NBC affiliate…more out of curiosity than for any other logical reason. After all, my home team had progressed beyond anyone’s reasonable expectations into Super Bowl contention, and was set to play against one of the NFL’s strongest competitors, the New England Patriots headed by Tom Brady. My home town’s hopes, dreams, and collective hearts were poised to be broken and shattered by reality on this cold, Winter’s Sunday evening.

I guess that I’ve always been prone to favor underdogs, and losers…as much of my early years were spent in the shadows of happiness and achievement, watching winners soar beyond my solitary comprehension and perceived existence…and so, to my utter astonishment, I found myself fascinated by the live spectacle about to unfold in Minnesota, at last unwilling to change the channel, or spend my evening on anything boring or ultimately mundane. I was hypnotized by the drama and courageous reality of this David and Goliath confrontation, and after a lifetime of angered resistance, succumbed at last to the nearly spiritual combat unfurling before my eyes.

I silently cheered every win and touchdown, while wincing in often painful resignation at our home team’s setbacks and losses. Then, at the last agonizing moment as Tom Brady stumbled, and The Philadelphia Eagles soared into football history and legend, I heard myself screaming “Oh, My God…Oh, My God…We Won…We Won.” My eyes filled with tears, and I began to cry from happiness. I had finally let go of crippling bigotry and hatred, embracing the beauty and wonder of spiritual ascension and human achievement. Losers had at last overcome their collective demons, and become winners, rising to stardom against all odds and negative predictions of failure. I had become a believer. The Philadelphia Eagles had joyously claimed what was rightfully theirs all along…the honor, dignity, and justifiable pride inherent in working toward their goal, and rising like a phoenix from the ashes of despair to the exultation and glory of sublime victory and achievement. If they could succeed, then so might we all. “Fly, Eagles, Fly,” and may we all continue to soar upon the glorious, ethereal wings of eagles.