(1) RECESS IS OVER. File 770 was down for approximately 7 hours today, for reasons never fully explained by customer support, except they were “actively working” on a server problem. Well, to quote Sam Gamgee, “I’m back.”

(2) WHO WATCHED. The Guardian has the numbers: “Jodie Whittaker’s Doctor Who debut is most watched launch for 10 years”.

An average of 8.2m viewers watched Whittaker’s first outing as the Doctor, beating the ratings for political thriller sensation Bodyguard, which attracted 6.7m viewers when it debuted in August. With an audience share of 40.1%, Whittaker’s performance was the most-watched episode of the science fiction drama since the 2008 series.

The first female doctor bettered Matt Smith and David Tennant’s debut viewing figures of 7.7m and 8m respectively. While she drew a smaller audience than Christopher Eccleston’s first appearance, which was watched by 9.9m, he had the advantage of appearing in the show’s comeback episode in 2005.

(3) WHO LISTENED. But some claim the Doctor Who theme music has been defaced. “Yes,” says SF Concatenation’s Jonathan Cowie, “thought impossible but some consider true.”

The brand new theme for Doctor Who Series 11, composed by Segun Akinola, which premiered tonight during the closing credits of ‘The Woman Who Fell to Earth’

Of course, fans also want to know if he could appear as Wesley Crusher could appear in the new show. Wheaton says he thinks its unlikely he’ll be asked, but he’d definitely be up for it if asked.

(7) BITE CLUB. Ron Charles in the Washington Post discusses how Fangoria, which died last year, has been revived “as a new quarterly journal with photos so high-gloss that the blood looks wet.”  But Charles notes many book reviews amid all the gory photos, as well as a short story by Chuck Pahlaniuk — “Fangoria, the fabled horror magazine, has risen from the dead”.

…There’s also a piece for die-hard fanatics about continuity problems among the various “Halloween” sequels and a true story about a young man in North Carolina who built a replica of the Myers house. “I have to carefully pick what I’m going to invest my time in,” he says without any apparent irony.

Handy advice abounds in these pages. Makeup artist Tate Steinsiek explains “how to slit your own throat,” and director Corin Hardy walks us through hideous visuals in his new movie “The Nun.” “Malignant Growths,” a piece about homemade horror films, should come with its own barf bag….

(8) RAH RAH RAH (RAH RAH).  In a piece for Tor.com, James Davis Nicoll says there are “Five Books That Improve Upon Heinlein’s Juveniles”. (How can that be possible?)

Nothing fills me with dread quite like a middle-aged male writer announcing that he plans to write a YA novel just like the ones Robert Heinlein used to write . I could explain why this is such a harbinger of disappointment…but Charles Stross has already beat me to it. Instead, allow me to offer some non-Heinlein novels that succeed in scratching some of the same itches that the RAH juvies once scratched. For me, that requires the intended audience to include teens, that the genre be science fiction in the narrow sense, that the protagonist be a young adult, and that they get to do something that actually matters in the course of the book .

But aside from stars to see, artists to discover, and unique merchandise to buy, people go to Comic Con to see (and be seen in) costumes. There were probably as many people in costume as not this year, and as always it was a wonderful distraction when walking from one part of the convention center to another.

(12) HERBERT DAY. Steven H Silver finds a story to celebrate in a 1971 Analog – “Birthday Reviews: Frank Herbert’s ‘By the Book’” at Black Gate.

Originally published by John W. Campbell, Jr. in the October 1966 issue of Analog Science Fiction Science Fact, “By the Book” was reprinted in 1971 in The Worlds of Frank Herbert and again in The Best of Frank Herbert. It was also included in the Herbert collections Eye and The Collected Stories of Frank Herbert. The story was translated into Croatian in 1978 for inclusion in the Yugoslavian magazine Sirius and into French in 1987 for the Hebert collection Champ Mental. 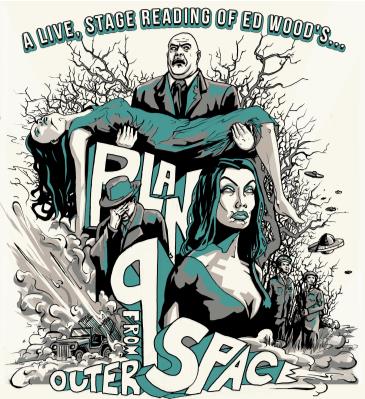 TNT has given a straight-to-series order to a sci-fi drama project that hails from executive producer Ridley Scott.

Titled “Raised by Wolves,” the series centers on two androids tasked with raising human children on a mysterious virgin planet. As the burgeoning colony of humans threatens to be torn apart by religious differences, the androids learn that controlling the beliefs of humans is a treacherous and difficult task….

(16) SECOND NOVEL. Adri Joy has been looking forward to the continuation of this series – see “Microreview [Book]: The Phoenix Empress by K. Arsenault Rivera” at Nerds of a Feather.

…The Phoenix Empress pick up almost exactly where its predecessor leaves off, and while the “present” takes up more of the narrative in this volume, there’s still a substantial story-within-a-story as Shizuka fills Shefali in on the events that led to her becoming empress, not to mention developing an alcohol addiction and a severe phobia of water. Shefali has returned from her own travels even more changed, following events in that have led to her being contaminated by black blood but not succumbing to the usual progress of the illness, and now expects to die on her next birthday in four months’ time. A great deal of the book is therefore based on learning each others’ secrets and renewing their relationship, as well as working out what the wider implications of Shefali’s return are for the future of Hokkaro and the black- blood plague.

I suspect that the unusual structure of these novels is playing an important trope-subverting role as well as being a narrative choice…. 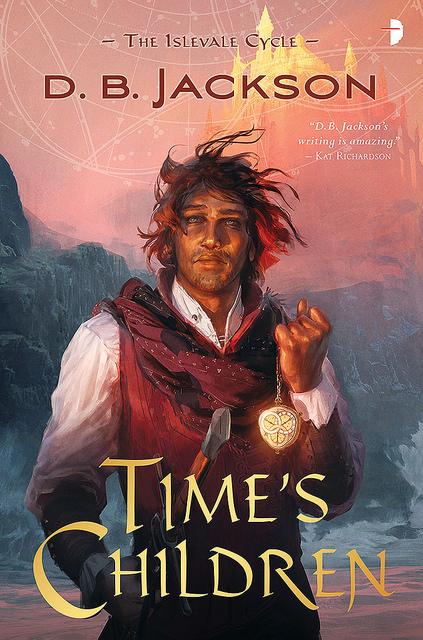 Anyone who has written a time travel novel knows that they can send an author ‘round the bend. Time travel is a plotting nightmare. It creates narrative holes big enough to accommodate a truck. It acts as a virtual eraser, a do-over generator, a distributor of endless mulligans. Even the most sound, well-considered plot point can be undermined by the simple question, “Well, why can’t one of our characters go back and prevent this?” Hermione Granger’s ill-advised flirtation with Time-Turners is just the tip of the iceberg. Time travel will make an author’s brain explode.

So, naturally, I have just published the first novel in a new time travel/epic fantasy series.

(18) PALACE INTRIGUE. [Item by Mike Kennedy.] Various sources are reporting that the China Manned Space Engineering Office (CMSEO) has announced an intent to deorbit their Tiangong-2 (Celestial Palace 2) space laboratory during or after July 2019. You may recall that Tiangong-1 deorbited in an uncontrolled manner (though the Chinese claim otherwise) earlier this year. Fortunately,  the bits of Tiangong-1 that didn’t burn up on reentry happened to hit an unoccupied part of the Pacific Ocean. The plan for Tiangong-2 is to deliberately aim for such a spot.

Neither of the Celestial Palaces were intended to be permanent space stations, though China is planning a modular space station of a more permanent nature. Mooted dates for launching the various parts of that are currently 2020–2023.

(19) GOTHAM’S FIFTH. The trailer for the last season of Fox’s Gotham was played at the New York Comic Con.

(20) THE LAST GYRO. [Item by Mike Kennedy.] NASA has confirmed, via Twitter, that the Hubble Space Telescope has been put into “safe mode” following the failure of one of its gyroscopes (Space.com: “Hubble Space Telescope in ‘Safe Mode’ After Gyroscope Failure”). This leaves the iconic telescope with only two gyros operating, not enough to “ensure optimal efficiency” per the Hubble website. All six gyroscopes were last replaced during Servicing Mission 4 when Shuttle Atlantis visited in 2009 during mission STS-125. With the Shuttle fleet long retired now, further servicing is not an option.

Dr. Rachel Osten, Hubble Deputy Mission Head, has tweeted that the “[f]irst step is try to bring back the last gyro, which had been off, and is being problematic.” If that fails, there was quick speculation that a change in operational mode may emerge, Dr. Grant Tremblay, of the Harvard-Smithsonian Center for Astrophysics, tweeted:

*IF* the third [gyroscope] doesn’t spin back up, I wouldn’t be surprised if they drop to 1 gyro mode, keeping the second as reserve. @rachelosten might know, but I imagine it’s a stressful, difficult decision. Let’s just hope the brilliant people at @STScI can recover the third. Stress.

That plan was confirmed shortly after, when Dr Osten replied:

It’s not a difficult decision, @astrogrant: the plan has always been to drop to 1-gyro mode when two remain. There isn’t much difference between 2- and 1, and it buys lots of extra observing time. Which the Astro community wants desperately.

In fact, the gyroscope that just failed lasted “about six months longer” than had been anticipated. This failure is one more confirmation that the Hubble is nearing the end of it’s life, though it is clearly still doing good science.

(22) STYLE POINTS IF YOU STICK THE LANDING. [Item by Mike Kennedy.] There’s video of the first Vandenberg landing of a SpaceX Falcon 9 on The Verge (“SpaceX successfully landed its Falcon 9 rocket on the California coast for the first time”). The video includes launch, side-by-side views of the second stage burn and the first stage return to Vandenberg, and more. If you want to skip ahead to the final landing  burn, that starts just after the 29 minute mark of the video when the stage is still over 4 km in altitude. This is a night landing, so the burns are spectacular, but overall visibility is limited. The split screen for the last few moments of the landing has video from the side of the stage (looking down) and from a ground camera viewing from a safe distance.

(23) EPISODE RECAP. Martin Morse Wooster says, “My local public television station is showing the New Zealand series The Brokenwood Mysteries.  Last night they showed an episode which appeared in the show’s third season and was broadcast in New Zealand in 2016.” —

The premise is that a sleazy tour operator is offering “Lord of the Ringz” tours to the Brokenwood forest for Chinese tourists.  They’re shown a crappy matte painting of mountains.  Guys with pointy ears do some swordplay. The climax of the tour is when a giant plush toy spider descends on a woman wrapped up in spider webbing–but the unplanned but is that the woman is dead, and the detectives then find out who killed her.

A German guy complains that he isn’t seeing anything from The Lord of the Rings, and is told, “Oh, in New Zealand we spell things creatively.”  In another scene, a lawyer explains that as long as the customers aren’t told they’re seeing things from The Lord of the Rings–and every sign, for some reason, isn’t spelled correctly!–then it’s legal.  “We could be showing scenes from some direct-to DVD film,” he said.

I hope this lawyer never deals with the Tolkien estate…

Chuck Wendig on Darth Vader and his newly-announced series, Shadow of Vader: “Vader is a character with a long shadow, literally and figuratively. His legacy is deep and unpleasant.” The world will not be bereft of Darth Vader in their comics for long, as Wendig announced that he will be writing a miniseries called Shadow of Vader, beginning in November. Each issue will feature a different set of characters: Issue #1 is a Friday the 13th homage, with Vader hunting down kids at summer camp; issue #2 stars the one-and-only Willrow Hood; issue #3 centers on a morgue attendant on the Death Star; issue #4 diverges to focus on the Acolytes of the Beyond; issue #5 follows a New Republic pilot — whose parents were killed by Vader — who joins the Resistance only to learn that Leia’s father is the Sith Lord.

(25) AMERICAN GODS TRAILER. The second season of American Gods is on the way.

37 thoughts on “Pixel Scroll 10/8/18 And We Are Her Sisters, And Her Cousins, And Her Ancillaries”