5. It is not selfish to want to write
6. Try not to postpone the writing to the end of the evening because I will have no energy left then.
7. Sometimes stuff just happens and there's no writing: it's ok.
8. Balls will be dropped. My job is making sure they're not spiky ones

(2) TOM BAKER WRITES DOCTOR WHO NOVEL. [Item by Mike Kennedy.] RadioTimes.com tells us that “Tom Baker has written a brand-new Doctor Who novel” based on a script idea he and Ian Marter had during the Fourth Doctor era. The book will be published by BBC Books (in the Penguin Random House family) with a publication date of January 24, 2019. It is already available for pre-order. 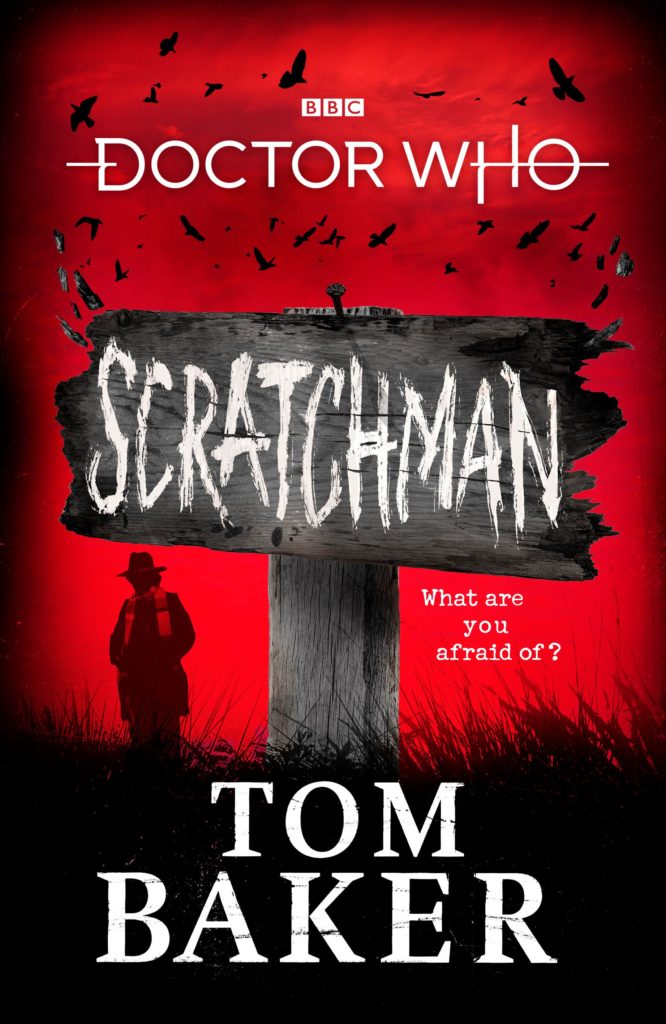 Just over a year after he made an unexpected comeback as the Fourth Doctor in a Doctor Who DVD project, iconic star Tom Baker has made another surprise return to the world of the BBC sci-fi series by penning a new novel starring the Time Lord.

Called Scratchman, the book began life in the 1970s during Baker’s tenure as the beloved Fourth Doctor, when between scenes he kicked around ideas for a new story for the series alongside Ian Marter (who played Harry Sullivan in Doctor Who), later writing them up into a script.

Gizmodo/io9 also chimes in on the book (“Tom Baker Is Turning His Wild Idea For a Doctor Who Movie Into a Novel”):

Back in the ‘70s, Tom Baker and Ian Marter—who played the Fourth Doctor’s companion Harry Sullivan—had a truly bonkers idea for a Doctor Who movie. They even wrote a script for it, but it never got made. Now, Baker himself is taking what could’ve been and turning it into a new novel.

The official synopsis of the novel has been made available:

What are you afraid of?

The Doctor, Harry and Sarah Jane Smith arrive at a remote Scottish island, when their holiday is cut short by the appearance of strange creatures – hideous scarecrows, preying on the local population. The islanders are living in fear, and the Doctor vows to save them all. But it doesn’t go to plan – the time travellers have fallen into a trap, and Scratchman is coming for them.

With the fate of the universe hanging in the balance, the Doctor must battle an ancient force from another dimension, one who claims to be the Devil.

Scratchman wants to know what the Doctor is most afraid of. And the Doctor’s worst nightmares are coming out to play…

(5) THE GAME OF SOCIAL LIFE. “The Black Mirror Episode ‘Nosedive’ Has Become A Board Game” and ScienceFiction.com explains how it works.

Fans of ‘Black Mirror‘ now have a new way to enjoy the show with their friends in the form of a board game! The social media nightmare is known as “Nosedive” is now something you can experience first hand with your friends! If you don’t remember the episode off the top of your head it was a satire of social media which had Bryce Dallas Howard as Lacie in the third season premiere episode. The goal of the board game is just like that of the episode, to “get the highest Social Score possible” but here you’ll be competing with 3-6 players.

In the game, you’ll be collecting Lifestyle cards to try and create a perfect life. It isn’t all going to be luck though as your competitors will be rating their experiences in a way that can have an impact on your social score. You’ll also all need to have your smartphones handy in a gameplay element that requires you to download the app to play.

I’ve been taking the time to read reports of how computer and document backups were, or were not, adequate to safeguard important records during and after the fire.  Most of the reports are dismal, to say the least.  From online conversations and other sources, here are just some of the incidents that have been discussed:

(7) THIS LAND IS HERLAND. Adri Joy’s commentary is a very good survey of the topic, though members of the patriarchy should be sure to fasten their seatbelts — “Feminist Futures: Feminist Separatism in Science Fiction” at Nerds of a Feather

Men, eh. What a mess they make. What a bother it is, to have this whole category of people on the planet who march around like they own the place yet mess it up at every opportunity, can’t change a baby, can’t do their own laundry, can’t even get in touch with their own emotions unless it involves some form of anger or violence. What trouble they cause for the rest of us – especially if you fit into that other big category of “women”. Why, wouldn’t it just be better if they weren’t around us any more? Wouldn’t it make our lives, those of us in that other big category of “women”, just so much easier and safer and nicer if we could put that category of “men” to one side, to do whatever it is they are compelled to do without getting in our way. Wouldn’t that be lovely. If only it were possible.

Fear not, beleaguered sufferer of the patriarchy: feminist speculative fiction has got your back. As long as you are from the category of “women”. And were recognised as such when you were born….

(12) LAST NIGHT ON JEOPARDY! Andrew Porter had his eye on the tube:

(13) #NOTME. New research says “Humans ‘off the hook’ for African mammal extinction”, contradicting theories that we ate them…

Today, only elephants, hippos, giraffes and white and black rhinos fall into this category.

The results of the analysis showed that over the last seven million years, some 28 lineages of large mammal went extinct in Africa.

Furthermore, the onset of the herbivore decline began roughly 4.6 million years ago, and the rate of decline did not change following the appearance of Homo erectus, one of the earliest human ancestors that could have contributed to the extinctions.

(14) THE MARS SHOW. Here’s your reminder that the next Mars lander is scheduled to touch down Monday and you can watch it “live” (Vox: “NASA is landing InSight, a robot geologist, on Mars”). The current time delay for radio communications from Mars to Earth is about 8 minutes, so “live” will be delayed by at least that long.

A major feat of interplanetary space travel is about to take place on Monday, November 26. That’s when NASA’s InSight lander is expected to land on Mars and begin its two-year study of our neighboring planet’s core. It will be the first NASA Mars landing since the Curiosity rover touched down in 2012.

The lander is expected to touch Mars around 3 pm Eastern time, and you can watch the live stream in the NASA link below. But because it’s so far away, NASA’s mission scientists at the Jet Propulsion Laboratory in California won’t get to pilot it. Their radio transitions to the lander are delayed by several minutes. Like the Curiosity rover, InSight will have to land itself in only 6.5 minutes.

The live programming from NASA TV will begin at 2 pm Eastern Monday.

Beautifully illustrated by Charles Vess and featuring adaptations by Neil Gaiman – Vess’ collaborator on the hugely successful Stardust – and a host of famous fantasy writers, this new edition also boasts never-before-seen art and an amazing gallery of sketches! 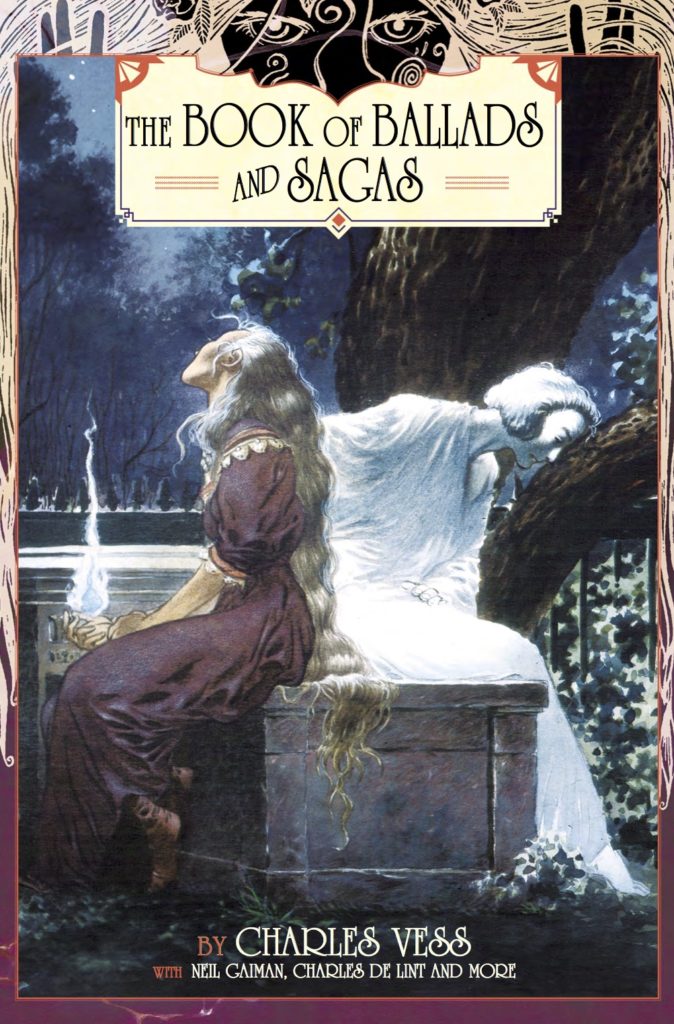 (16) VIEW FROM THE ISS. [Item by Mike Kennedy.] The European Space Agency has posted a time-lapse video—taken from the ISS—showing a Russian Progress capsule loaded with supplies for the ISS rising above the limb of the Earth as background stars arc behind it. You can even see what appears to be the blazing reentry of one of the rocket stages. (Motherboard: “Watch a Spaceship Leave Earth in Stunning ISS Video”)

This is an especially significant launch since it uses essential the same rocket stack as the crewed Soyuz launch that aborted earlier this year and the Progress launch took off from the Baikonur cosmodrome, also the same as the Soyuz. This, then, would appear to represent concrete progress toward getting a new Soyuz launch off in time to relieve the current ISS crew.

We’re so used to seeing perfectly-rendered CGI depictions of outer space in movies and video games that seeing the real thing can sometimes feel underwhelming. This is not one of those times.

On Thursday, the European Space Agency (ESA) published a video taken from the International Space Station (ISS) by astronaut Alexander Gerst. The video shows time-lapse footage of the Russian Progress MS-10 cargo spacecraft that launched from the Baikonur cosmodrome in Kazakhstan on November 16. The footage is almost unbelievable as it shows the spacecraft, on a resupply mission to the ISS, arcing into orbit. The camera pans slowly and follows the unmanned Russian craft, revealing Earth’s curvature in epic scale.

The Satanic Temple said on Wednesday that it had settled its lawsuit accusing Warner Bros. and Netflix of copying the temple’s goat-headed statue in their new “Sabrina” series.

The lawsuit was “amicably settled,” Lucien Greaves, a co-founder of the temple, wrote in a blog post on the Patheos religion-themed website.

The temple will be acknowledged in the credits for episodes of “The Chilling Adventures of Sabrina” that have already been filmed, Mr. Greaves wrote. The rest of the settlement, including details on what will happen in future episodes of the show, is confidential, according to Bruce Lederman, the temple’s lawyer.

(18) TIME MARCHES BACKWARDS. As a trufannish site we try not to discuss science fiction here but sometimes it creeps in. Like when Camestros Felapton explains that “I thought of a different form of time travel”. It started when he was reading Gregory Benford’s Timescape.

… That message from the future got me thinking. Practically there’s obviously no way to send an electrical signal down a wire into the past (i.e. this I’m engaging with fiction here not an actual proposal). I suppose that information arriving at a destination before it left its starting point violates the speed of light but looked at just in terms of distance traveled over elapsed time it doesn’t….

(19) USE CASE. Nothing could possibly go wrong with an AI being developed to run planetary outposts and assist astronauts, right? (Space.com: “This HAL 9000-Inspired AI Simulation Kept Its Virtual Astronauts Alive”; paywalled source material at Science Robotics: “CASE: A HAL 9000 for 2021“) CASE (“cognitive architecture for space agents”)—developed by Pete Bonasso, et al., at TRACLabs Inc.—has already run a simulated planetary base and is moving along to testing on analogs.

“Our colleagues and NASA counterparts are not concerned that our HAL might get out of control,” Bonasso told Space.com. “That’s because it can’t do anything it’s not programmed to do.”

In experiments, CASE managed a simulated planetary base for about 4 hours. However, the researchers stressed more work is needed before it can run an actual base.

Moreover, “though CASE is impressive, it’s not the fully realized HAL from ‘2001: A Space Odyssey,’ nor is it Lt. Commander Data from ‘Star Trek: The Next Generation,'” Bonasso said. “Its capability is very narrow, focused on events occurring on a planetary base. While it can keep the life support systems running, it has no idea who won the last presidential election.”

The scientists are now working with what NASA calls analogs — places where volunteers pretend they are living on a distant world. In the long term, the aim is to incorporate CASE into the analogs to see how the software can help improve future space expeditions.

(20) TWO GUYS IN THE CAST. Patrick Stewart makes a great anecdote from the gaffes he committed the first time he met Sting.

Patrick Stewart explains how he really had no idea who Sting was when meeting him on set on David Lynch’s Dune.