(1) KEEP YOUR HUGO VOTING ELIGIBILITY. The official Hugo Awards site reminds you: “Join Worldcon by December 31, 2018 to be Eligible to Nominate for 2019 Hugo Awards”.

The Hugo Awards are selected by a vote of the members of the World Science Fiction Convention (Worldcon) in a two-stage process. The first stage is nominating (which starts in early 2019) and the second stage is the final ballot that includes those works/people that received enough nominations in the first stage (which starts later in 2019). If you want to participate in the nominating stage and are not yet a member of either the 2018 or 2019 Worldcons, take note of the December 31, 2018 deadline for joining Worldcon in order to be eligible to nominate in 2019.

(2) HOW MUCH SCIENCE IS IN YOUR FAVORITE SF? Gregory Benford’s quote from Loscon about “If you write sf honey, gotta get the science right” lit off several discussions on Twitter.

Silvia Moreno-Garcia started a list of famous sf that is not scientifically accurate. Thread begins here.

Sci Fi is littered with implausible Science (Philip K Dick, Heinlein) which didn't stop books from being lauded. But you get a woman, a black woman, writing SF and suddenly oh 'honey' it better be hard sci Fi. And then ppl say this is the literature if the imagination. 🙂

And responding to the report that Benford “also said that PSI powers to control the earth and earthquakes had already been done in the Fifties,” Annalee Flower Horne wrote two Twitter threads. First:

[T]here’s a whole conversation to be had here about how Science Fiction and Fantasy isn’t just one literary canon that everyone has to read before they can write SFF.

[The] notion that ideas and tropes can never be re-used in SF and that anyone trying must be new here would be funny if it weren’t such an insidious tool of exclusion.

It's an attitude that smacks of "we share our toys with each other but EEEWWW NOT WITH YOU." Well, buddies, they're not your toys. A group of people playing with their own toys without paying attention to you hasn't copied you or stolen from you.

Re-using ideas and tropes to write works that exist in conversation with previous works is a staple of speculative fiction. And when a writer with a different perspective does it, they're almost guaranteed to bring something new to the conversation. They're bringing themselves.

And N. K. Jemisin had a general response –

Posted in lieu of a scream, bc I don't have TIME for all this shit: the science in the Broken Earth trilogy isn't the psi — for which I used the groundbreaking term "magic" — but the seismology. Also the social sciences, but I know that's a lost cause w/some. So. FYI for all.

Fan favorite Billie Piper is headed back to the world of Doctor Who once more, but not the way you might think.

No, Rose Tyler won’t be running into Jodie Whittaker’s Thirteenth Doctor any time soon. (SIGH.) But she will be starring in her own new series of Big Finish audio adventures next year, focusing on Rose’s time in an alternate dimension following the heartbreaking and generally ugly cry-inducing events of season 2 finale “Doomsday”.

(4) BOOK OF DOUBT. Aidan Doyle is currently running a Kickstarter for Kickstarter for The Writer’s Book of Doubt . It contains essays and advice for writers on how to deal with self-doubt. It’s illustrated by Hugo and World Fantasy nominated artist Kathleen Jennings and includes a Map of Submissionland. 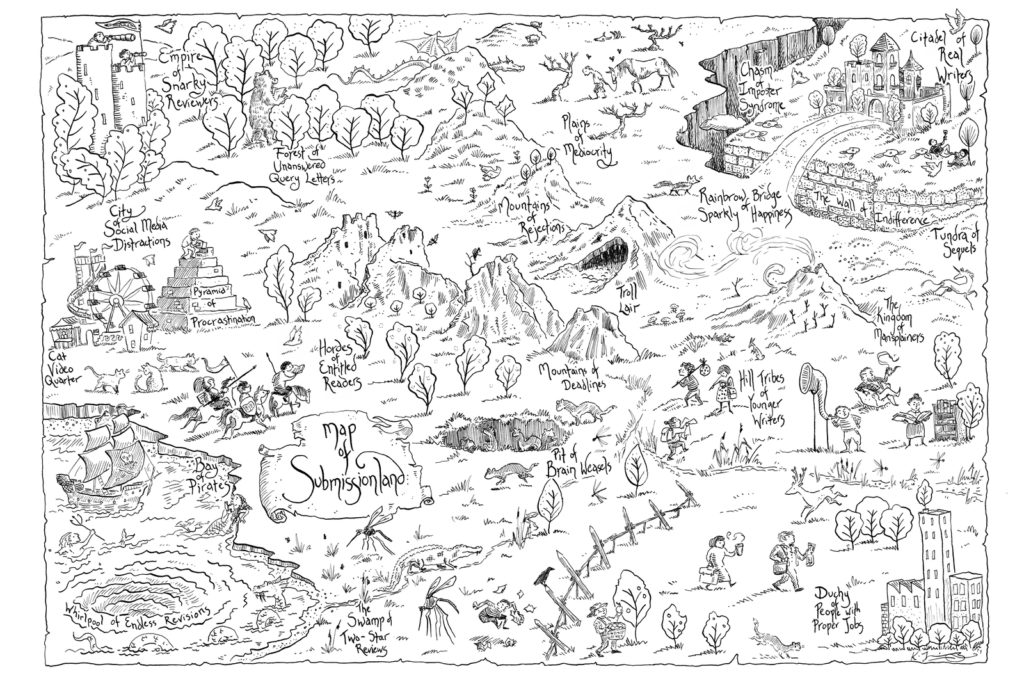 The Writer’s Book of Doubt by Aidan Doyle is a book of comfort for writers. An acknowledgement that writing can be a difficult and lonely process. It includes essays and advice from a number of writers and will be illustrated by Hugo and World Fantasy nominated artist, Kathleen Jennings.

… The book includes guest essays from a range of writers giving advice on how to deal with doubt and providing examples of encouragement and hope. The essays are reprints, but many of them are revised and expanded. 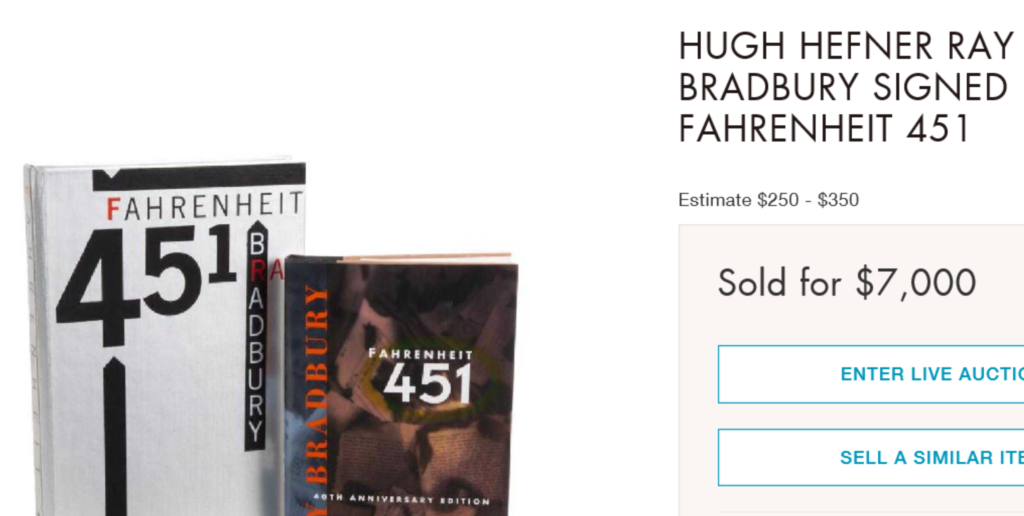 (6) THE NOVAE OF NOVEMBER: Featured Futures look at the bright spots in this month’s short fiction from the prozines in Summation: November 2018.

The issues of Clarkesworld and F&SF were especially strong and Galaxy’s Edge had a couple of nice tales. I also began belated coverage of the resurrected Amazing‘s August “Fall” issue this November. On the other hand, in general, non-prozine news, Shimmer ceased publication and I noticed that the long-dormant SQ Mag had finally acknowledged its death in September. Speaking of death, this month’s wombat was at least three excellent stories in which the deaths of mothers and a sister played significant parts.

The tally for November was 79 stories of 482K words (plus five October stories of 19K in November’s first review of the weeklies) with thirteen noted and six of those recommended. In more general site news, I’ve decided on Featured Futures‘ 2019 coverage. The link to that is in the “News” section at the end of this post.

(8) SCARS BANNED. In what The Sun disdains as a “snowflake campaign,” “Famous movie villains with scarred faces set to be banned by BFI to ‘remove stigma around disfigurement’”.

MOVIE villains with scarred faces have been banned by the British Film Institute in a bid to “remove the stigma around disfigurement”.

Films featuring baddies such as Freddy Krueger and Darth Vader will no longer get financial support from the taxpayer-funded body as part of a campaign called #IAmNotYourVillain.

…Ben Roberts, funding director at the BFI, said: “We are committing to not having negative representations depicted through scars or facial difference in films we fund.

“It’s astonishing to think that films have done this so often and for so long. The time has come for this to stop.

“We fully support Changing Faces’ I Am Not Your Villain campaign and urge the rest of the film industry to do the same.”

A spokesman for Changing Faces said: “Our campaign is calling on those in the film industry to stop using scars, burns or marks as shorthand for villainy.”

(9) HARRY POTTER WEDDING AT COSTCO. After connecting online, they had their first meet at Costco. Things clicked, now they’re married — “‘It was perfect’: This couple had a Harry Potter-themed wedding at Costco”. Today.com has the story.

The bride wore a deep scarlet dress, in honor of Harry Potter’s Gryffindor House colors, and she held a bouquet of paper flowers made with pages from the beloved J.K. Rowling novel. The groom wore a blue and bronze tie for his favored house of Ravenclaw.

(10) TONIGHT ON JEOPARDY! Andrew Porter has the latest sff reference from the game show:

In the category “Books with Animals,” the answer was: “The title characters in ‘Tailchaser’s Song’ is this kind of Animal.”

Wrong question: “What is a Dog?”

(11) ZOMBIE MUSICAL. NPR’s Scott Tobias is iffy when “Teens Sing Their Guts Out In The Scottish Zombie Christmas Musical ‘Anna And The Apocalypse'”.

A normal way for fans to appreciate Edgar Wright’s 2004 zombie comedy Shaun of the Dead is to watch it again and perhaps discover a few grace notes they missed the first or second or third time around. But there’s something to be said for considering it through the prism of slavish imitator like Anna and the Apocalypse, a Scottish genre mash-up that plays like a piece of fan art, only with a musical component added.

(12) LEARNING FROM THE CURSED CHILD. BBC quotes actress “Noma Dumezweni: ‘Hermione has taught me how to be angry'”.

I have learned a lot from playing the character of Hermione on stage in the last few years. Although generally calm and level headed, righteous and empathetic Hermione knows how to use anger effectively when it’s needed.

Hermione’s anger is a beautiful thing – she displays it most through her loyalty and love, especially when she’s in love and trying to understand that. She’s asking those she loves to do better. She holds them up to a high standard because she has faith they can reach that. Fiercely. And she’ll be there when they do.

Disney Junior has greenlighted an animated mystery-adventure series for preschoolers that is inspired by the cultures and customs of India.

Set in the magical Indian-inspired land of Jalpur, the series follows the brave and resourceful Mira, a commoner who is appointed to the role of royal detective after solving a mystery that involves saving the kingdom’s young prince.

(14) SPACE BUD BEATS AIR BUD. Important news comes from FoodAndWine.com that Bud is ratcheting up its efforts to booze up space (“Budweiser Launches Third Space Experiment in Effort to Be the First Beer on Mars”).

In March 2017, when Budweiser proclaimed its intentions to be the first beer on Mars, the announcement could have easily been dismissed as just another marketing stunt, a forward-looking contrast to Bud Light’s medieval-set “Dilly Dilly” campaign, even. But despite the fact that, no, Budweiser will not be arriving on Mars anytime soon, Bud has continued to prove that, though the campaign does have a significant marketing angle, it is not simply a stunt.

This week, the beer brand has announced that it plans to conduct its third experiment on the International Space Station as part of a SpaceX launch scheduled for this coming Tuesday, December 4. Coincidentally enough, on that date exactly one year ago, Budweiser sent its first two Bud on Mars experiments to the ISS, also via a SpaceX launch. Those endeavors looked at how a microgravity environment affected barley seedlings, both in general and with regards to germination. Of course, as any beer expert can tell you, once barley is grown, you have to malt it before it can be used to brew beer, so this latest experiment takes the barley journey one step further.