(1) Connor Johnston opens a different doorway into the commonplace activity of reviewing Doctor Who episodes by “Ranking the Writing Debuts of the Capaldi Era” at Doctor Who TV.

Doctor Who is home to some of the greatest and most confident writers in the history of television, who have each been responsible for some of the most riveting storylines of the last 52 years,  and every great writer must start somewhere. So far in Capaldi’s era, five ambitious personalities have made their first contribution to the show, expanding the already respected list of accomplished Who alumni significantly. With Sarah Dollard’s “Face the Raven” having aired last weekend, she has become the final new addition for the show’s ninth series, as such making this the perfect time to reflect on the newer talent we’ve seen grace our imaginations in the last two years.

Today, Airbus has been granted a patent (US 9,193,460) on a method that essentially turns an airplane into an articulated truck. The plane, instead of being a single, contiguous hull, would have a huge hole in the middle where the passengers and luggage would normally be. Instead of boarding the plane directly, passengers and luggage would be loaded into a separate “cabin module.” Then, when the module is ready to go, it’s simply dropped into the airplane. If you ever watched Thunderbirds as a kid, it’s a lot like Thunderbird 2.

(3) Sam Weller’s “Where the Hills Are Fog and the Rivers Are Mist” in The Paris Review.

“The Dubliners of American Gothic”—that’s how Stephen King referred to Ray Bradbury’s first book, the little-known 1947 short-story collection, Dark Carnival. There’s good reason few readers, even those well versed in Bradbury’s work, are unfamiliar with Dark Carnival: Arkham House, a small press out of Sauk City, Wisconsin, published the book in a modest run of 3,112 copies; the book went out of print just a few years later. Besides a pricey limited-edition reprint in 2001, Dark Carnival exists as a literary apparition.

(4) Ryan Britt has a daring demand in “The Ghost of Hayden Christensen: Why Anakin MUST Appear in Episode VII” at Tor.com.

The nice thing about Anakin is that he gets to redeem himself in Return of the Jedi—which, if you’re a kid experiencing the Star Wars movies in the Lucas-order, is a pretty neat arc. Also for contemporary kids, Anakin is the focus of more hours of Star Wars than really any other character, thanks to The Clone Wars. So for better or worse, the prequel-era Anakin defines Star Wars for a big chunk of the viewing public.

If all the actors from the classic trilogy are reprising their roles, the giant space elephant in the room is how old everyone has gotten. Let’s get real, the focus of these new films will doubtlessly be on new characters, but it would be nice to have some existing Star Wars characters in there too, particularly ones who don’t look super old. Luckily, you don’t have to do any Tron: Legacy de-aging CG action on Hayden. He looks good!

(5) N K Jeminsin made the New York Times “100 Notable Books of 2015”. Interestingly, it’s in Fiction. The list does not put sf/fantasy in a separate section.

THE FIFTH SEASON. The Broken Earth: Book One. By N.K. Jemisin. (Orbit, paper, $15.99.) In Jemisin’s fantasy novel, ­civilization faces destruction and the earth itself is a monstrous enemy.

News I forgot to mention. I am now the accessibility head for the 2016 Nebula Awards Weekend. #AccessibleCons

(7) With Carrie Fisher returning in Star Wars: The Force Awakens, this 2011 comedy video has a new lease on life —

Kaley Cuoco addresses an important issue affecting cosplay girls across the globe: Slave Leia fatigue. With so many choices available to women who cosplay, there’s no reason everyone needs to be Slave Leia.

(8) “Seed bombing to save the bees” at Interesting Engineering.

Seed bombs began as a fun and friendly tactic for greening abandoned lots in urban spaces, but are still a developing idea to be done in large scale. It involves throwing small seed ‘bombs’ from planes onto deserted areas that have suffered deforestation, to gradually begin to recover the ecosystem. This method not only allows the growth of more trees and plants, but helps combat the extinction of bees, indispensable beings for the reproduction of life on Earth….

Each seed capsule is made from biodegradable plastic and functions as a small greenhouse where the seeds grow at first. When they reach the ground, the capsule disintegrates without polluting the environment until it disappears completely, allowing the plant growth to take its natural course. 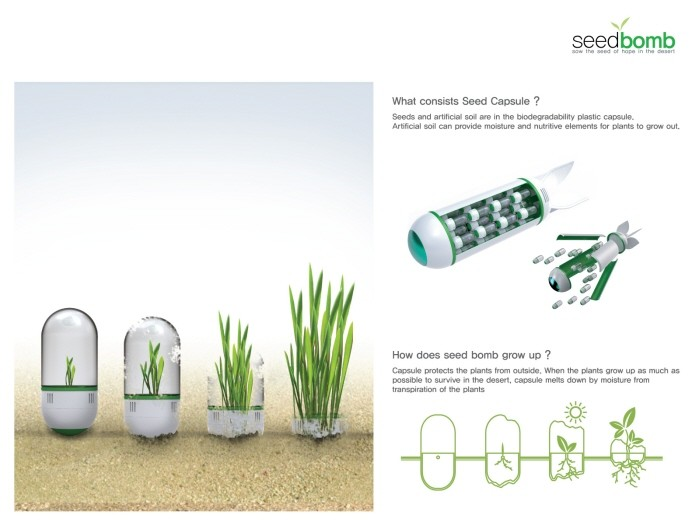 (9) At Examined Worlds, a philosophical Ethan Mills claims “I’m Thankful For My Regrets”.

I don’t think regrets have to be the soul-crushing thing they’re made out to be; you don’t have to exterminate them entirely to have a healthy life. I also don’t think you need to go in the direction of some Nietzscheans and existentialists to say that you have to take ownership of regrets and affirm them, because they’ve made you who you are.  There is, as Buddhists would say, a middle way between these extremes.

(10) There’s an app for the Battleship Iowa?

You’ll see and hear the fascinating stories behind the ship, its crew, and the part it played in shaping our world and our country. It is virtually impossible to get a feel for the service and spirit of this historic shp by simply reading a sign or placard. The Battleship IOWA Interactive Tour puts you in control of your experience. Dive deep into the content of the ship and explore the areas that intrigue you most. You’ll find crewmember stories, fun facts, ship service records, videos of her in action all in the palm of your hand. Enjoy content that isn’t available anywhere else in the museum. 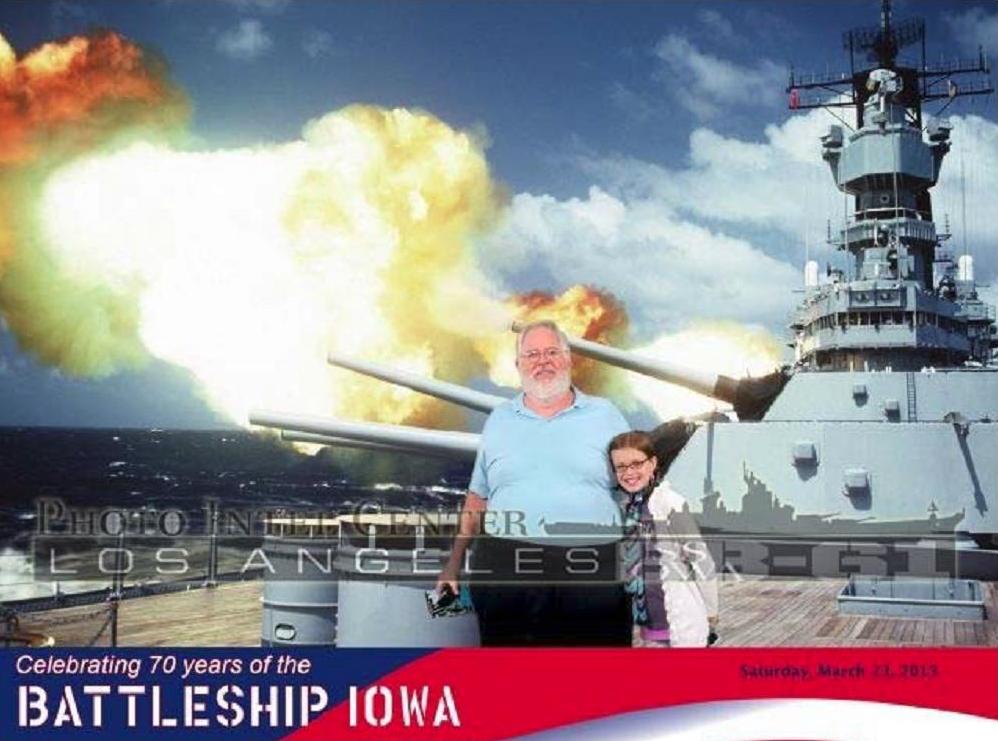 Mike Glyer and Sierra visit the USS Iowa in 2013.

…The show stars Kristen Ritter as Jones, a private investigator who got super powers after an auto accident that killed her family.  She’s not the typical hero.  An encounter prior to the show with a mind controller named Kilgrave (played by David Tennant) leaves her with a healthy dose of PTSD and a penchant for whiskey.

Early on, she meets a bar owner who she’s been following for a reason explained later in the series.  The bar owner is a large black man named Luke Cage.

Ritter is solid as Jones, nailing the smart mouth and feigned apathy the script called for.  Her natural thinness might not normally fit a super strong hero, but personally I think it fits the character nicely.  Not only does it make it more impressive when she lifts a car’s back wheels without straining, but it fits the alcoholic aspect of the character pretty well….

The casting of David Tennant makes Kilgrave’s grim demands seem ever more shocking, and this must be deliberate from the showrunners. At points, when Kilgrave’s enthusiasm levels rise a little, he really does resemble a twisted version of the Tenth Doctor. His charisma – combined with his creepiness and callousness – makes for unsettling viewing.

I have a lot of experience selling vintage paperbacks at conventions and other places, and nobody — but nobody — has skyrocketed in value like Philip K. Dick. The only authors who even come close are George R.R. Martin, James Tiptree, Jr, Robert E. Howard, and maybe Samuel R. Delany.

A big part of the reason, of course, is that virtually all of Dick’s novels were originally published in paperback, which means that — nearly unique among highly collectible authors — the coveted first editions of his novels are all paperbacks.

(14) Not all of CheatSheet’s “10 Sci-Fi Cult Classics That Everyone Should See” are as surprising as Snowpiercer (at #4) – who knew it had been around long enough to be a classic? Some might even agree with its strong preference for remakes — John Carpenter’s version of The Thing, David Cronenberg’s The Fly (#10) and Philip Kaufman’s Invasion of the Body Snatchers (#5).

Audiences in 1982 were more interested in cuddly aliens like Steven Spielberg’s ET than they were in monstrous, shape-shifting ones, which explains the critical and commercial failure of John Carpenter’s The Thing. Thankfully, viewers have rediscovered the film, which stands as one of the greatest horror films and one of the greatest science fiction films. An Antarctic outpost of men struggles to identify and destroy an alien that can assume the form and personality of any living thing it consumes. The men, led by a never-better Kurt Russell, act competently in facing the threat, making it all the more terrifying when they can’t stop it. There’s mounds of existential tension and paranoid distrust to go around in the icy and isolated setting. Carpenter knows how to play off the tension brilliantly, using some of the most tactile and creatively terrifying practical effects in cinema history, courtesy of Rob Bottin.

(15) How Attack of the Clones Should Have Ended!

(16) After reading about Ridley Scott’s plans for more Prometheus movies I look forward to a future video series telling How It Should Have Begun.

Ridley Scott has confirmed that ‘Alien: Covenant’ will be the first of three films that will then link up to the story from the original 1979 ‘Alien’.

The second movie in his ‘Prometheus’ series is in its pre-production stage in Sydney, Australia, at the moment, where Scott confirmed the plans in a press conference.

He said that the newly-named ‘Covenant’ and the next two films will answer the ‘very basic questions posed in Alien: why the alien, who might have made it and where did it come from?’.

Covenant will tell the story of the crew of a colony ship which discovers what it believes to be an ‘uncharted paradise’ world, but is in fact a ‘dark and dangerous’ place, inhabited solely by David, Michael Fassbender’s android character from the first ‘Prometheus’ movie.

[Thanks to Michael J. Walsh, and John King Tarpinian for some of these stories. Title credit goes to File 770 contributing editor of the day Daniel Dern.]