(1) STUDYING TOLKIEN. “The Past, Present, and Future of Tolkien Scholarship” conference will be held November 1-4, 2018 at Valparaiso University in Indiana.

This unique conference will examine the totality and comprehensiveness of Tolkien scholarship in three large groups:  the past (from the 1950s to the 2010s), the present (from the 2010s to the present), and the future (from the present to the next 20 years).  There will be four days of paper presentations, plenary speakers, discussions, film screenings, exhibits, book-signings, and music.…

The Call for Papers is out. Full details at the link.

The conference will be divided into three major days of conference papers:

Paper proposals on any topic or theme related to Tolkien scholarship are welcome.

(2) CTEIN AND CHTORR. David Gerrold, who has been foreshadowing good news for awhile, finally uncloaked some of the details:

I have contracts on three books. A novella section of one of those books (co-written with Ctein) will be appearing in the May/June issue of Asimov’s. I believe it is one of the better things I’ve been involved with.

The other two books are Chtorran novels and the final draft of one of them will be turned in by summer.

I have sold an option for a TV series based on one of my projects, and the option on another book was just (enthusiastically) renewed. I have also been approached to direct a film based on a favorite fantasy novel, I just finished my first rewrite of the script. (The first writer did a marvelous job of getting all the pieces on the board, my job was to energize them.)

Most of these texts are shown in the announcement video or have been discussed as possibilities in the F&SF forum or were previously selected as great SF stories of 1942 or have a record of anthologization at ISFDB. Their categorization by length derives from ISFDB also.

(4) SPECULATIVE MASCULINITIES. Galli Books has put out a call for submissions for its anthology Speculative Masculinities. Window closes April 15. Full details at the link.

Masculinity has, almost since the category of speculative fiction emerged in the early 20th century, been a concern of fiction written in the genre. A culturally dominant, Western, toxic form of masculinity has dominated storytelling in speculative fiction. In worlds as varied and diverse as the distant past of magical worlds and the far future of this one, models of maleness and masculinity tend to be the same toxic form of masculinity that dominates modern Western culture. We want to interrogate that model of masculinity, to problematise it, and to question it; we want to see other possible models of masculinity, models not centred on dominance and violence and repression of feelings; other role models for men. We are looking for fiction, essays and poetry which do this.

We are particularly looking for submissions from authors from marginalised identities and backgrounds, especially where those identities complicate the author’s relationship with masculinity, including but by no means limited to disabled writers, trans writers, and writers of colour.

(7) GONE BUT NOT FORGOTTEN. Prozines of the past. Art by Tim Kirk. 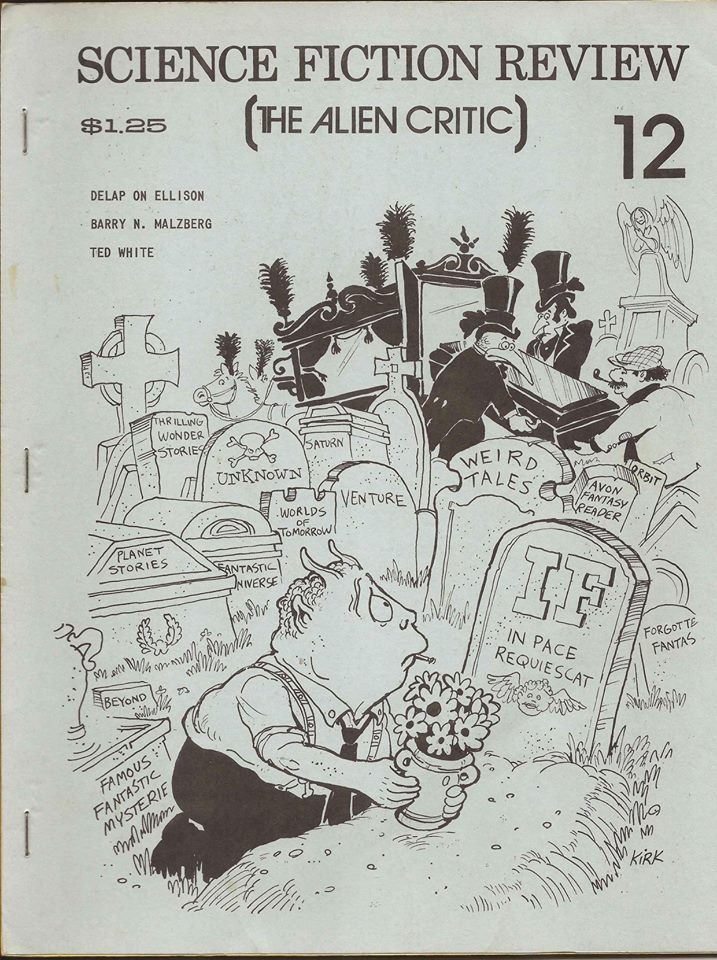 (11) WHAT WERE THEY THINKING? Yesterday’s Scroll included the class photo featuring 79 actors and filmmakers from across the Marvel Cinematic Universe. Now Unrolled thread from @UberKryptonian has done a humorous deconstruction that tells us the participants’ secret thoughts.

Has anyone really looked at the Marvel 10 year anniversary class photo? Because there is so much going on!

Chris Evans looks like he’s mad that he has to sit next to the man that tried to murder the love of his life! 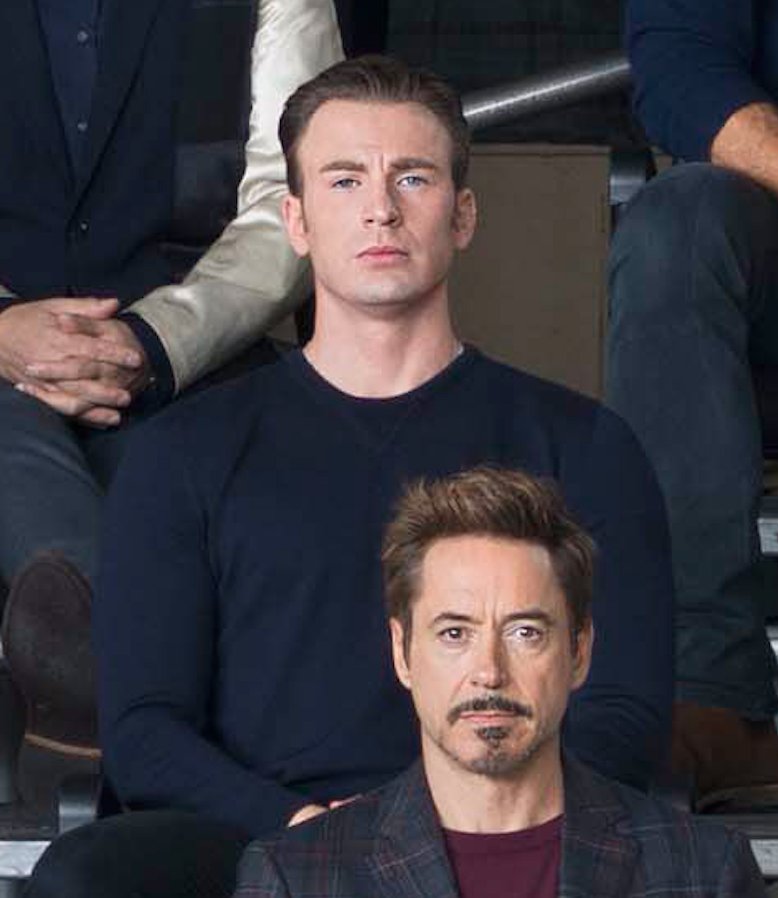 (12) A SFF MOVIE LEADS THE PACK. The New York Times asks “How Did ‘The Shape of Water’ Become the Film to Beat at the Oscars?”.

This awards season has been all about hitting the zeitgeist, or at least that’s what the media, present company included, has been telling itself and you. Best picture nominees ought to tap into the #MeToo moment or, failing that, anxieties born in the age of Trump.

But is that narrative really true? And does it fully explain how a fairy tale about a janitor who hooks up with a fishman became the movie to beat?

The film, “The Shape of Water,” stars Sally Hawkins as a cleaning lady who falls for a merman held captive in a government lab, and leads the race with 13 Oscar nominations, more than any other movie. It has also scooped up key precursor awards that often culminate in Oscar gold — last weekend, the Directors Guild of America gave the filmmaker Guillermo del Toro its top prize, two weeks after the Producers Guild of America did the same.

(13) ANOTHER RED TESLA MEME. Randy’s Random has more to say about “Setting the Record”.

A 2010 Tesla Roadster achieves the highest speed and longest range of any electric car ever — and still going strong.

Plus, it can charge from solar.

The most amazing thing to me: it’s a real photo. It’s about time someone did something to capture the imagination of kids who are deciding what to be when they grow up. Engineering, science, technology, astrophysics — they have amazing opportunities.

If nothing else, the stereotype is proven true: red cars are the fastest!

(14) DEALING WITH THE BLUES. “Welcome to the Monkey House”? — “Blue Dye Kills Malaria Parasites — But There Is One Catch”.

It’s hard to imagine that a blue dye sold in pet food stores in the U.S. to fight fungal infections in tropical fish could be a potent weapon against malaria.

…Actually, the use of the dye to fight malaria is not quite as odd as it sounds. The blue dye in question, called methylene blue, is the oldest synthetic anti-malarial drug. A paper published in 1891 tells how two scientists successfully used it to treat a malaria patient.

But there was a catch.

“The treatment being followed by an intense blue coloring of the urine, and the faeces becoming blue on exposure to light, it is not very likely that methylene blue will be much used outside of hospitals,” reads an 1892 publication of the Proceedings of the American Pharmaceutical Association.

(15) HE LIKES IT. Black Panther reviewed by Mark Kermode on BBC Radio 5. Spoiler free review (as usual) from Mark, who seems to have really liked it.

Also Kermode on the attempt to game the Rotten Tomatoes audience score for Black Panther.

(16) SEATTLE FILM FEST. The 2018 “Science Fiction + Fantasy Short Film Festival” presented by MoPOP and SIFF will feature twenty short films from all over the world at Seattle’s historic Cinerama Theater on March 24. Tickets are now on sale.

The lineup is presented in two sessions of films with a 30-minute intermission and concludes with an awards ceremony.

Todd Barton and Ursula K Le Guin’s recording Music And Poetry Of The Kesh, originally released as a cassette accompanying Le Guin’s 1985 book Always Coming Home, will receive a long awaited reissue next month via Freedom To Spend. Part novel, part lengthy textbook, the publication tells the story of an invented Pacific Coast people called The Kesh and a woman called Stone Telling, weaving an anthropological narrative of folklore and fantasy. For its soundtrack, words and lyrics were put together by the late novelist while the sound was composed by Barton, an Oregon based musician and Buchla synthesist with whom Le Guin had worked on public radio projects….

Both Barton and Le Guin has started work on the reissue before the novelist’s death on 22 January of this year. Moe Bowstern, a writer and friend of Le Guin, wrote the sleevenotes for this new edition in which she explains that Barton had built and then taught himself to play several instruments of Le Guin’s design, among them ‘the seven-foot horn known to the Kesh as the Houmbúta and the Wéosai Medoud Teyahi bone flute.’”

Information on streaming and purchasing the recording is available at: http://smarturl.it/fts009