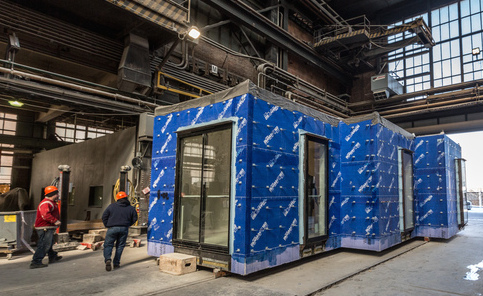 Photo by Max Touhey for Curbed

Capsys, the building manufacturer responsible for modular projects like Carmel Place and the Nehemiah Spring Creek development in East New York, recently announced that it would vacate its factory in the Brooklyn Navy Yard and shutter operations entirely.

JPL is hosted a “State of NASA” Social in conjunction with NASA’s federal budget rollout on Tuesday. The tour includes a visit to the Spacecraft Assembly Facility’s clean room, where the heat shield for Mars 2020 is, as well as the testing of some hardware used on the Juno mission, which arrives at Jupiter on the Fourth of July. (Photo by Walt Mancini/Pasadena Star-News)

(3) WHO ROMANCE? “The Doctor will see you now: Jenna Coleman and Matt Smith put on a cosy display as they reunite at pre-BAFTA party” in Daily Mail.

They played on-screen partners in crime for one series

But after Jenna Coleman and Matt Smith both quit Doctor Who to pursue other projects, their friendship was put on the back burner as they were tied up in their various career commitments.

Therefore it was little wonder the former co-stars were so thrilled to be reunited as they attended a pre-BAFTA party in London on Friday evening.

Jenna, 29, and Matt, 33, put on a sweet display as they cosied up to each other while attending Harvey Weinstein’s dinner which was held in partnership with Burberry and Grey Goose at Little House in Mayfair.

The ex Clara Oswald actress gently rested her head on the former Doctor’s chest as they posed inside the venue which was filled with some of the film industry’s biggest talents.

The former BBC One stars couldn’t contain their happiness to be back in each other’s company once again as lapped up the pre-award-ceremony celebration.

(4) READING WHAT YOUR TEA LEAVES. John King Tarpinian found this message inside the cap on his bottle of ice tea — 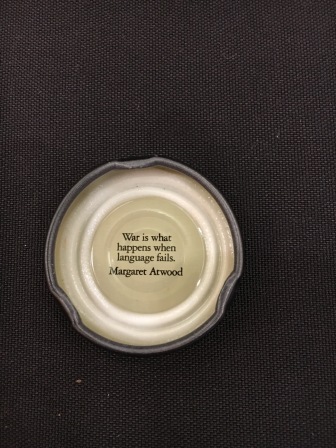 Schindler led two of the earliest anime tours to Japan. She was an active costumer, presenting her work at many Worldcon masquerades and worked on the early Costume Cons.

(7) DEADPOOL’S B.O. Deadpool made some money in its opening weekend reports Deadline.

Fox’s Deadpool is bigger than anyone thought possible. Yes, it has scored the top opening for a February release with $135M over FSS and $150M-$153M over FSSM, beating Fifty Shades of Grey‘s first weekend figures last year.  But, Deadpool also flogged Matrix Reloaded‘s $91.8M opening record to become the highest R-rated debut of all-time, not to mention it’s the biggest opening Fox executives have ever seen, surpassing Star Wars: Episode III: Revenge of the Sith (FSS $108.4M).

(8) BRITISH BASEBALL. I just learned there is minor league baseball in Britain, and one of the teams is called the Bolton Robots of Doom. They play in the British Baseball Federation’s (BBF) AA North division. 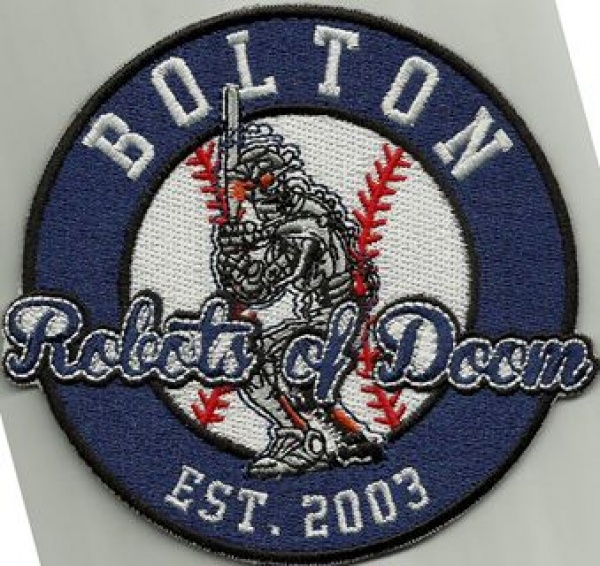 (9) ELEMENTARY SCHOOL, MY DEAR WATSON. President Obama was quizzed on TV by an elementary school student. The next generation of conspiracy theorists is on the way.

Obama was questioned during Thursday night’s taping of The Ellen DeGeneres Show by 6-year-old “presidential expert” Macey Hensley, and she asked the president about the legendary “Book of Secrets.”

“That’s a secret,” the president quipped.

Hensley theorized the “secrets” in the book could include an answer to whether “aliens are real.”

“We haven’t actually made direct contact with aliens yet,” Obama said. “When we do, I’ll let you know.”

The president did not clarify whether indirect contact had been made with aliens through some type of intermediary.

My advice is this: Don’t be this guy. Remember him, staring into the mystical power and majesty of the ark of the covenant…but then having the whole face melt-y thing happen? This is what happens when you engage in this Hugo nonsense. The Hugos are neither mystical, nor magical, but their bullshit will melt your face clean off. 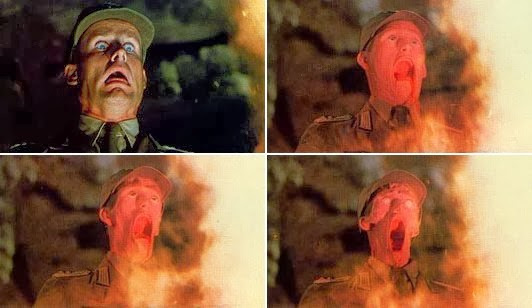 Do this instead: Be Indy with his fave alcoholic, adventurous gal pal and look away! Withstand the mighty bullshit storm of bizarre political arguments surrounding a rocket-shaped literary award.  You respect the market power of SF/F, but you choose the wise course and LOOK AWAY!

‘Thunderbirds Are Go’ for the U.S. thanks to Amazon.  The streaming service has ordered four 13-episode seasons of the series, which combine CGI animation with live action models.  The first two seasons (26 episodes) have already aired on ITV in the UK, where the first series from the 1960s originated.  The third and fourth seasons are expected to air on ITV later this year and will be available to stream on Prime Video after the episodes become available in the U.S.

‘Thunderbirds Are Go’ is an update of ‘Thunderbirds’ a TV series that launched in the UK in 1965, from the minds of Gerry and Sylvia Anderson.  This show combined marionettes and vehicular models in a completely unique form of entertainment.  The series followed the adventures of the Tracy family, with most of the action revolving around the five brothers Scott, John, Virgil, Gordon and Alan, who each piloted their own high tech vehicle.

(12) ABOUT EDITORS. Brad R. Torgersen, in “Editors: the good, the bad, and the ugly” at Mad Genius Club, uses Nick Coles’ well-publicized grievances as the point of departure for a wide-spectrum look at his own experiences with editors.

In my experience, a good editor is not trying to evaluate your story on ideological grounds, nor is a good editor trying to get you to write the story their way. A good editor spots how you yourself are already trying to tell the story, and (s)he will simply make suggestions about how to do that job even more effectively than you’re already doing it. That’s the difference between, “You’re doing it wrong,” and, “You’re doing it right, but here are a few suggestions that should help you do it even better.” Most of the editors I’ve worked with (so far) have edited in this manner. And while some of them have barely touched my manuscripts, others have been so heavily involved in revision, they’re practically co-authors at the end of it. But again, their focus has always been: this story is hitting singles and doubles, let’s change a few things, and get this story hitting triples, or even a home run.

[Thanks to John King Tarpinian, Martin Morse Wooster, and Andrew Porter for some of these stories. Title credit goes to File 770 contributing editor of the day Steve Davidson.]