(1) SACRIFICIAL FIRST. Camestros Felapton, who has been “Reading ‘Corrosion’so you don’t have to”, files this after-action report:

So with the tune of ‘Don’t You Want Me Baby’, running in my head I descend into ‘Corrosion: The Corroding Empire Part by Johan Kalsi and/or Harry Seldon Edited by Vox Day’.

Servo is a robot working in a cocktail bar, when we meet him. Again, if only this book was a pastiche of new-romantic pop lyrics but it isn’t – I mean how would it have been to have included a cocktail bar in the story?

Instead, we get a bunch of connected not-exactly awful stories set in a technological society run by ‘algorithms’. The style is one I shall now christen ‘Puppy Clunk’. If you read some of the less appalling slated works in 2015, you’ll recognise the style. It’s not illiterate or wholly unreadable but it just sort of goes ‘clunk’ in every sentence. 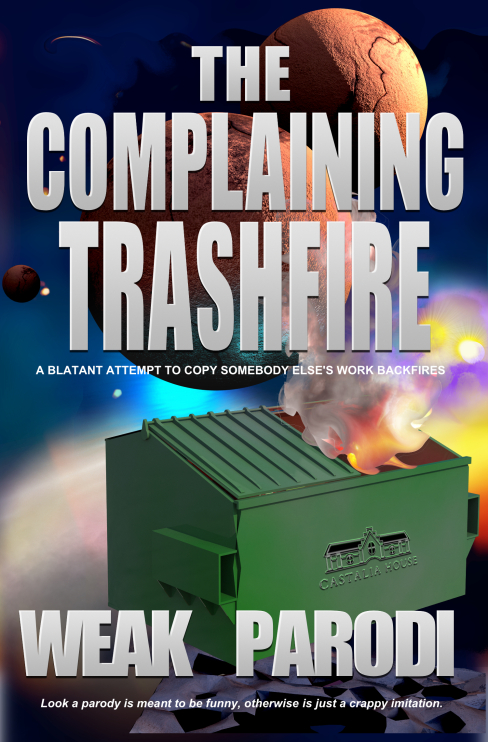 (2) FLAME ON. Entertainment Weekly’s James Hibbard assures everyone that the “’Game of Thrones’ dragaons are ‘the size of 747s’ in season 7”. Is there a word in Dothraki for “bodacious”?

The dragons are bigger this season. Okay, we say that every year. But this time, they are a lot bigger.

For Game of Thrones season 7, which has Daenerys’ trio of beasts headed to Westeros as part of the dragon queen’s invading fleet, the creatures are more fearsome than ever before.

“The dragons this year are the size of 747s,” director Matt Shakman tells EW. “Drogon is the biggest of the bunch – his flame is 30-feet in diameter!”

Shakman is one of four directors helming next season (the others are GoT vets Alan Taylor, Jeremy Podeswa, and Mark Mylod). He was probably being at least somewhat approximate when comparing the dragons to the venerable Boeing airliner. But for reference, a 747 is about 230 feet long with a 210 feet wingspan. So, really big.

(3) BLIND DATE. I’ve used up my quota of free articles in the Washington Post this month, however, Daniel Dern recommends this article about The Expanse. If you are still on the free side of the paywall, treat yourself to “The best show about international relations on television right now is on – wait for it – Syfy”.

In the parable of the sower in the Gospels, Jesus tells his followers about different outcomes from scattering seeds. Some are cast to the side and eaten by birds, some are planted in rocky soil or among thorns and fail to grow, but the seeds sown on “good ground” will take root and provide a bounty.

Science-fiction author Octavia E. Butler called back to that allegory about the word of God with her 1993 book “Parable of the Sower,” about a young woman in an apocalyptic future America who wanders a drought-stricken landscape, planting the seeds of a new religion fueled by empathy.

Now Butler’s book is adapted into an opera that synthesizes a wide range of musical styles culled from its creators’ deep reservoir of knowledge about black music in America.

You get your choice:

Commemorates March 23rd, 1989, when a large asteroid missed the Earth by a mere 500,000 miles – a very near miss indeed! What would you do if an asteroid was about to hit the Earth – how would you spend your last hours, and would you even want to know?

Fans will be able to pay their respects to Debbie Reynolds and Carrie Fisher during a public memorial Saturday at Forest Lawn Memorial Park-Hollywood Hills, where the late stars were buried together in January.

The joint service — described as a “celebration of life” — will begin at 1 p.m., Todd Fisher said in an announcement about the tribute for his mother and sister on his website.

“We will be celebrating their lives with friends, family members, and the people who loved them, you,” he wrote in the announcement.

The memorial will take place inside the cemetery’s Hall of Liberty, which, according to the Forest Lawn website, seats more than 1,000.

Starship Enterprise captain and Park Slope resident Sir Patrick Stewart is throwing his weight behind a controversial theory that the bodies of hundreds of Revolutionary War heroes are buried beneath an vacant lot in Gowanus — and he wants a memorial placed there so that history never forgets the name “Maryland 400.”

Stewart claimed in a recent Gentleman’s Quarterly interview that the empty Ninth Street site is the final resting place of the famed band of soldiers — who died saving General Washington’s rebel army from annihilation during the Battle of Brooklyn — and said he has personally petitioned Mayor DeBlasio to install a monument to them there, to which Hizzoner replied, “I’m on it.”

Neagle was chairman of Crescent City Con throughout its 20-year history, ending in 2005. He was one of the founders of the Companions of Doctor Who, chaired DeepSouthCon 37 (1999), and worked on Vulcon, CoastCon and NOSFF, the New Orleans Science Fiction and Fantasy Festival. He was a member of Area 504 and the Amalgamation of Non-Aligned Lifeforms Starfleet.

He was the first Fan GoH of the (relatively new) Gulf Coast convention CONtraflow. He was honored for his contributions to Southern fandom with the Rebel Award in 2001.

Neagle is being cremated and there are no services planned at this time.

(9) COMIC SECTION. Pearls Before Swine has a real groaner today.

(10) STIFLED DISCOURSE. Lela E. Buis, in “Intimidating People Into Silence”, comments on a political trend to threaten and bully people:

In the last blog, I reported on a group (wisely anonymous) who advanced an article challenging Cecily Kane’s 2016 Fireside article that used a statistical analysis to show anti-black bias among SFF editors. Although the anonymous authors agreed there was a bias against black authors, they disagreed on the cause. After threats, they withdrew the article. Fireside then posted the article on their site.

So, what was the problem here? Why were these authors threatened? Was it because they challenged Kane’s specific conclusions about editorial bias? Or was it because they challenged possible gains that might have been made because of Kane’s article? Is this a political issue? Are the anonymous authors misguided statisticians? Or are they really racists trying to undermine black progress?

The interesting thing is that this isn’t an isolated case of attacking and bullying people, not just for their social/political views, but also for research that might contradict the opposition’s conclusions. It’s actually a fairly common theme in US society right now….

His new book, New York 2140, explores the interplay of climate change and global finance on a warmer, wetter future world

What would you say this book is really about? It’s about climate change and sea level rise, but it’s also about the way that our economic system doesn’t allow us to afford a decent future. As one of the characters says early in the book, “We’ve got good tech, we’ve got a nice planet, but we’re fucking it up by way of stupid laws.”

Finance, globalization—this current moment of capitalism—has a stranglehold on the world by way of all our treaties and laws, but it adds up to a multigenerational Ponzi scheme, an agreement on the part of everybody to screw the future generations for the sake of present profits. By the logic of our current system we have to mess up the Earth, and that is crazy. My new novel explores this problem and how we might get out of it.

(12) WHO OF WHOVILLE. At the end of Daily Beast’s post about coverage of yesterday’s terror incident, “Londoners Reject British ‘Traitors’ Peddling Terror Dystopia on Fox News”, comes a genre reference —

James Moran, a screenwriter who worked on shows including Doctor Who and Torchwood, said the unique nature of London could never be altered.

“The only things that shut down London: (a) leaves, (b) 3 flakes of snow, (c) when you try to get on trains without letting people off first,” he wrote “Now let’s carry on being Londoners. Rude, always in a hurry, and completely ignoring each other, LIKE GOD INTENDED.”