(1) NOW YOU KNOW. People will get a lot of use from Camestros Felapton’s video “Why You Are Wrong”.

All purpose explanation of why you (or whoever) is very wrong.

(2) PLAY ALONG AT HOME. Here’s what the judges will be starting with — “The Arthur C. Clarke Award complete submissions list 2016”.

Every year before I announce the shortlist for the Arthur C. Clarke Award for science fiction literature, I first reveal the complete list of submitted books put forward for consideration.

This year we received 113 books from 41 publishers and publishing imprints, the second highest count for submissions after the record-breaking high of 121 submissions received for our 2014 prize.

To be clear, this is not a long list, but rather a complete list of eligible titles received from publishers who must actively submit titles to our judging panel for consideration. In other words, this is where our judges start from every year.

There are at least 3 different "science fiction"s on this list, and they have nothing to do with each other. https://t.co/LYCM0IFyqb

(4) JUMP TO HYPERSPACE STREET. Hollywood’s idea of making something new is to combine two old franchises. ScienceFiction.com explains — “What The–?! Sony Moves Forward With Merging ‘Men In Black’ With ’23 Jump Street’”

In what has to be the craziest news to come along in some time, Sony is looking to merge two of its franchises– ‘Men In Black’ and ’21 Jump Street’.  Director James Bobin (‘The Muppets’, ‘Alice Through The Looking Glass’) is being courted to direct the film, which will star Channing Tatum (Jenko) and Jonah Hill (Schmidt) who will both also produce.  Phil Lord and Christopher Miller directed ’21 Jump Street’ and ’22 Jump Street’ but are occupied directing the Han Solo movie for Disney.  The pair will serve as producers, however.

Sony has confirmed that neither Will Smith nor Tommy Lee Jones are being sought for the new film, as the studio hopes to use this installment as a springboard for a new franchise with younger stars.

(5) WHY SQUEEZING TOO HARD DOESN’T WORK. Steve Davidson draws on his intellectual property experience in “Mine! Mine! Mine! ALL Mine!” at Amazing Stories.

I hear some say “the fans own it!”. Well yes and well no. The fans only own their collective response, but they can make no claim to the property itself. Suppose this P vs A thing totally blows up into open warfare and every Trekker and Trekkie on the entire planet refuses to have anything to do with Star Trek anymore. (Images of mass DVD burnings and the defenestration of action figures.) Paramount* could still create, produce and distribute anything Star Trek they wanted to (and shut down any and every other expression of Trek that isn’t approved), for as long as they wanted to spend the money. Maybe they’ll mine the Chinese audience for several years (decades). Maybe they’ll change the presentation and pick up a whole new audience of fans (Star Trek: Romance).

A few years back, Disney gutted their expanded universe for Star Wars. Part of the reason, I am sure, was to re-exert control over their property. In many respects it was a good way to create a dividing line between things that fans might be allowed to play with and things they weren’t to touch. Individual fans were upset over various decisions made, but it is pretty obvious that the collective response was of acceptance.

(6) DON ANDERSON OBIT. Don Anderson passed away on October 16, 2015. Robert Lichtman says, “In the early 1960s Don was a member of the N3F’s apa.  A search of the Eaton’s fanzine listings shows that he published titles such as Plack, Porp and Cry of the Wild Moose. He joined SAPS with its 199th mailing, April 1997, and remained a member until his death, producing 68 issues of Moose Reducks.”

Wally Weber and Robert Lichtman found the family announcement linked here which includes the information, “Donald was a United States Air Force Veteran who proudly served his country during the Korean War and was a retiree of Eastman Kodak Co.”

Hailing originally from Ann Arbor Michigan, Gary Hutzel left his mechanical engineering studies behind to move to Santa Barbara, CA to pursue a career in the film industry. There he studied photography at the Brooks Institute and subsequently began his motion picture career working as a video camera operator, which sparked his interest in visual effects. His early VFX work was as a freelancer on CBS’s The Twilight Zone, a gig that got him noticed by the team putting together the then Star Trek reboot, The Next Generation.

Hired to work on Trek in 1987, Hutzel lead visual effects for The Next Generation for the first five seasons of its run. After the end of TNG’s fifth season, Hutzel and VFX colleague Robert Legato transferred to the new Star Trek show on the block, Deep Space Nine, which Hutzel worked on for its entire run. One of his most notable contributions to DS9 is his work on the episode “Trials and Tribble-ations” in which Hutzel oversaw the integration of footage from the Original Series episode “The Trouble With Tribbles” into the freshly shot DS9 footage. 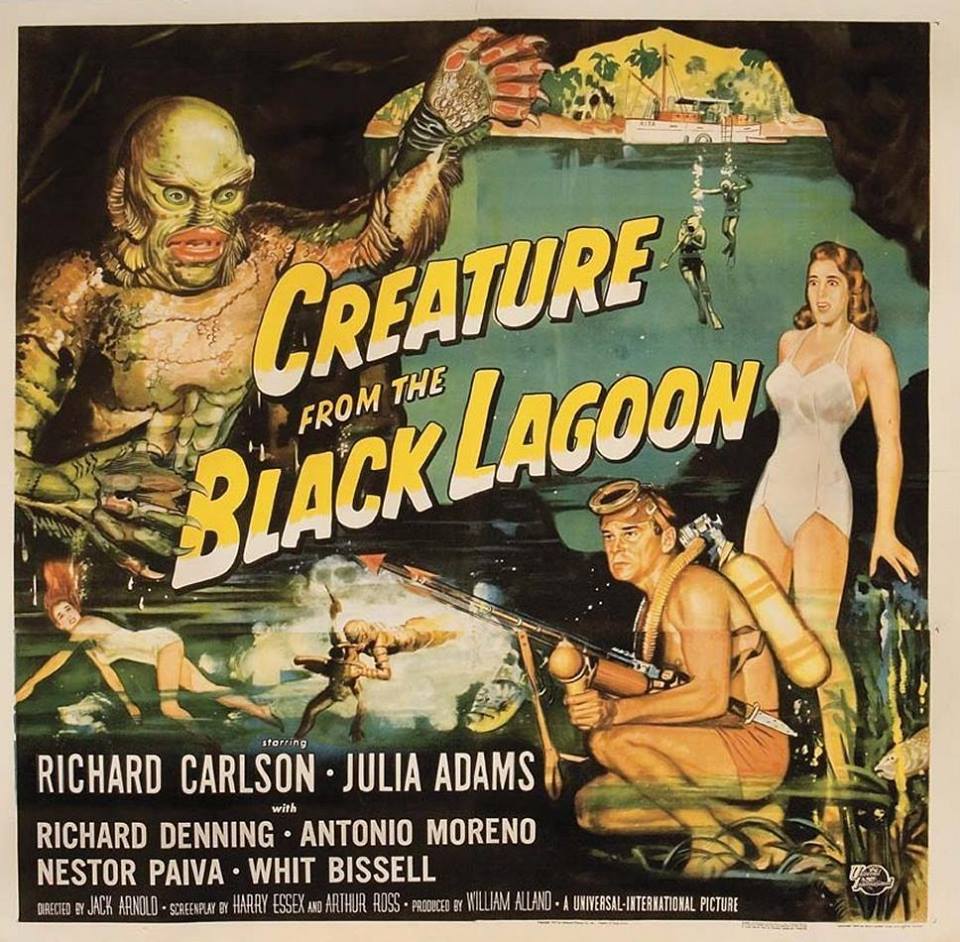 (10) BENFORD ON THE ROAD. Gregory Benford sat for a photo while in Nashville for a signing on March 3.

(11) FREE AIN’T CHEAP. Mark Lawrence crunches the numbers in “The cost of promotion!”

The bottom line is that it’s very hard to know what to do with the ‘free’ books a publisher sends you. Sending them out into the world is the natural thing to do – but it’s going to cost you 100s of $$$ and may very well not generate anything like enough sales to justify the cost.

I am finally opening my mail. This is getting framed, but for now? All the love for its mysterious creator. pic.twitter.com/05laBR1HZy

(13) WHO YA GONNA CALL LATER? At Entertainment Weekly, “The painful what-if that haunts ‘Ghostbuster’ Ernie Hudson”.

The night before filming begins, however, I get this new script and it was shocking.

The character was gone. Instead of coming in at the very beginning of the movie, like page 8, the character came in on page 68 after the Ghostbusters were established. His elaborate background was all gone, replaced by me walking in and saying, “If there’s a steady paycheck in it, I’ll believe anything you say.” So that was pretty devastating.

I’m panicked. I don’t sleep that night. It was like my worst nightmare is happening. The next morning, I rush to the set and plead my case. And Ivan basically says, “The studio felt that they had Bill Murray, so they wanted to give him more stuff to do.” I go, “Okay, I understand that, but can I even be there when they’re established?” And of course, he said no, there’s nothing to do about it. It was kind of awkward, and it became sort of the elephant in the room.

I see this differently now—and I don’t mean any kind of animosity or anything towards anyone, certainly not towards Ivan or the guys. I was a single dad, and we were struggling to kind of hold on and pay the rent. I still needed to do this job. 30 years later, I look back at the movie and it works very well the way it is. I think the character works with what he has to work with. But I’ve always felt like, “Man, if I could’ve played that original character…”

(14) STARTING TO COUNT. Brandon Kempner at Chaos Horizon dips his toe in “The 2016 SFF Awards Meta-List”.

In 2016, 4 different awards have already announced their nominees: the Philip K. Dick, the British Science Fiction Association Awards (BSFA), the Kitschies, and the Nebulas. Not a lot so far, but has anyone emerged as an early leader? Here’s the list of everyone who has gotten more than one nomination:

[Thanks to John King Tarpinian, Will R., JJ, and Andrew Porter for some of these stories. Title credit goes to File 770 contributing editor of the day, the stunning and versatile Will R.]