(1) THINKING INSIDE THE BOX. “This was amazing,” says James Bacon about a special feature of Lazlar Lyricon 3, a Hitchhiker’s Guide to the Galaxy convention held last weekend. “I was on the committee and it was an incredible endeavour.”

It’s all about Chris Tregenza and Jess Bennett and “The Secret of Box 42”.

Idea, Idea, A Kingdom for an Idea

Even with our self-imposed restrictions we struggled to think of anything at first. Every idea was discarded as being too profligate, too big, too small or simply impractical.

Then, bouncing around ideas with the aid of a bottle of wine (or two), our conversation drifted onto computer games and how in games like Skyrim there are treasure chests scattered around from which the player can take loot. In any particular game, all the treasure chests have an identical appearance and the player quickly associates that graphic with a reward even though sometimes the chests are empty. This led the conversation into Pavlovian conditioning and Skinner’s pigeon experiments and then bang! We asked ourselves a question.

What happens if we applied the same psychology in the real world by scattering boxes containing treasure around a convention? ….

What’s In The Box

Our first step was to brainstorm lots of ideas for box contents which we then loosely organised into different types. After some refinement we ended up with five classes of boxes inspired by the five levels of Maslow’s hierarchy: rewards, treasures, activities, quests and meta. Each of the types had a different purpose and place in the overall game.

Reward boxes were primarily a simple psychological conditioner. Inside these boxes were sweets or other gifts along with instructions to €˜help yourself’. These boxes were designed to build a positive association with opening boxes. Treasures were like rewards except they only contained a single valuable item which anyone could take if they chose. This introduced rarity and encouraged people to look in the boxes quickly before someone else took the item. Activity boxes instructed the opener to do something such as play a game or challenge someone to a duel. In these boxes were appropriate things (like a deck of cards or toy guns) but unlike the reward boxes, the instructions only suggested the box opener used them, not keep them. Meta-boxes contained nothing except a quote from the Hitchhiker’s Guide To The Galaxy. The chosen quotes were amusing in their own right but also all related to the theme of hunting for the meaning of life.

Thinking about all the writing advice I don’t follow. This should mean I’m a literary failure. Instead, my stories are published around the world.

So what writing advice have I failed to follow? Let’s count down the greatest hits of advice I’ve ignored.

Part of the purpose of this interview is to promote Olivia Koski’s and Jana Grcevich’s book, Vacation Guide to the Solar System, which plans vacations using current astronomical knowledge. 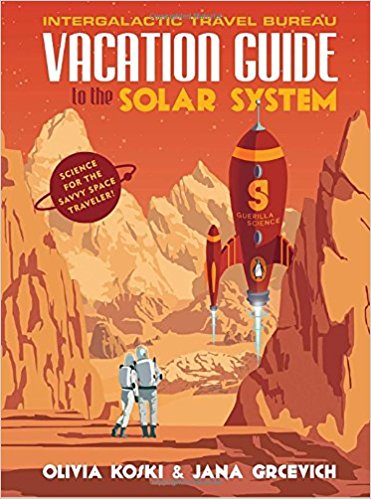 (4) WHAT MUSIC THEY MAKE. Seanan McGuire recently had a special encounter with some children in an airport. The Twitter stream here is well worth a gander.

Oh, wow. Little girl in full meltdown because when her mom packed movies for the trip, she only packed the little boy's favorites.

Why We Needed Financial Support Each month we give the authors a small stipend, we tip the bartenders (who always give the authors free drinks), and we take the authors and their partners/spouses out for dinner after the reading. Since it typically costs us around $120 per month, we need $1500 per year to maintain the series. We were looking to raise $4500, which would allow us to keep the series running for another three years. Each additional $1500 let us run for an additional year. Fantastic Fiction has been a bright light in the speculative fiction community for nearly two decades, and because of your help we will continue for many more years to come. Thank you!

(7) OH BOTHER. Goodbye Christopher Robin is the “based on a true story” movie about A.A. Milne, his son, and the Winnie-the-Pooh stories.

(8) HARRYHAUSEN ART. Tate Britain will host an exhibition of The Art of Ray Harryhausen from June 26 through November 19.

The American-born Ray Harryhausen (1920-2013) is one of the most influential figures in cinema history. In a succession of innovative, effects-laden movies, from The Beast from 20,000 Fathoms 1952 to Clash of the Titans 1981, Harryhausen created fantastic worlds and creatures that have inspired generations. He is acknowledged as the master of stop-motion animation techniques, involving models being moved and filmed one frame at a time to create the illusion of movement.

Harryhausen attended art classes as a young man, and readily acknowledged his debt to earlier painters and illustrators. The epic scenery and towering architecture of 19th century artists Gustave Dore, and John Martin were especially important to him, and he collected prints and paintings by both artists. 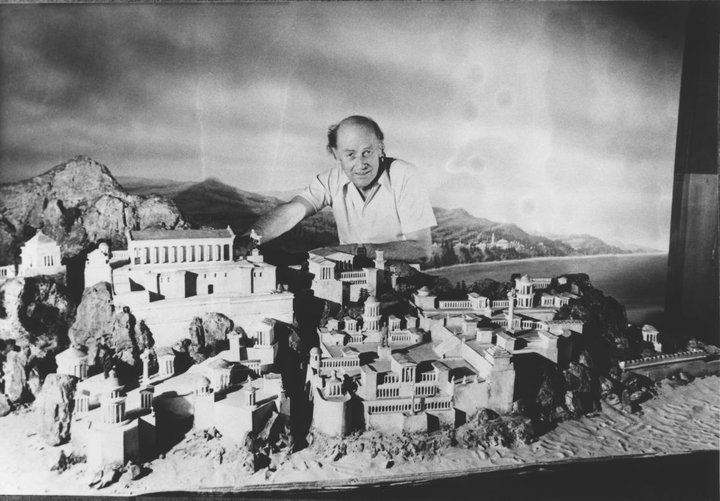 Adams has worked hard in the comics industry bringing to life such fascinating characters as Superman, The Flash, Green Lantern, The Spectre, Thor, The X-Men, and countless others. For those wanting to know about the man and his career, you can check out his website right here. Adams was born on this day in 1941.

(11) THIS JUST IN. AND OUT. The New York Post reports “Sex in space is a ‘real concern’ that science needs to figure out”.

Romping in space is a “real concern” for astronauts, a top university professor has warned.

It’s something we know little about — but it’s crucial if we ever want to colonize other planets like Mars.

During a recent Atlantic Live panel, Kris Lehnhardt, an assistant professor at George Washington University, said the topic needs to be addressed immediately.

He said: “It’s a real concern — something we really don’t know about is human reproduction in space.”

“If we actually want to go places and stay there, there’s a key component and that’s having babies,” he added.

Our curtisagency.com server crashed, and as it’s been happening a little too often lately I’m going to switch to gmail. So please use rcurtisagency@gmail.com going forward.

(13) PARSEC DEADLINE. Podcasters who have been nominated for a Parsec Award must submit their judging sample by July 16.

Material released needs to be free for download and released via a mechanism that allows for subscriptions (RSS Feed, iTunes, YouTube…). More rules and guidelines are posted at our website.