(1) ASK LOVECRAFT OUT AT YOUTUBE. Ask Lovecraft has been taken down by YouTube for reasons that are unclear. The channel itself is unsearchable, and peoples’ playlists of the episodes now read “This video is no longer available because the YouTube account associated with this video has been terminated.”

The Ask Lovecraft outpost on Facebook is no more enlightening about the reasons:

We apologize for the inconvenience but in the midst of our travels, we discovered that our YouTube channel has been temporarily suspended and are working to restore it.

Thank you for your patience.

As part of Trek creator Gene Roddenberry’s utopian vision of the future (and one that Trek franchise executive producer Rick Berman carried on after Roddenberry’s death in 1991), writers on Trek shows were urged to avoid having Starfleet crew members in significant conflict with one another (unless a crew member is, say, possessed by an alien force), or from being shown in any seriously negative way.

This guideline wasn’t strictly followed across all 700 previous franchise episodes, of course (there are especially some notable exceptions in The Original Series). But in an aspirational effort to make the future more idyllic, Starfleet crew members typically weren’t supposed to demonstrate baser human flaws. For writers on Trek shows, the restriction has been a point of behind-the-scenes contention (one TNG and Voyager writer, Michael Piller, famously dubbed it “Roddenberry’s Box”). Drama is conflict, after all, and if all the conflict stems from non-Starfleet members on a show whose regular cast consists almost entirely of Starfleet officers, it hugely limits the types of stories that can be told.

So for the CBS All Access series coming Sept. 24, that restriction has been lifted and the writers are allowed to tell types of stories that were discouraged for decades….

(3) TECHNICAL CORRECTION. When I checked NerdConHQ’s poll “Con of the Year 2016 – FAN Votes”, leading the voting was Cyprus Comic Con in Nicosia on the island of Cyprus. Either that’s one hell of a con, or somebody is doing to this poll what the Plokta cabal did to a Scifi Channel poll back in the dawn of the internet. 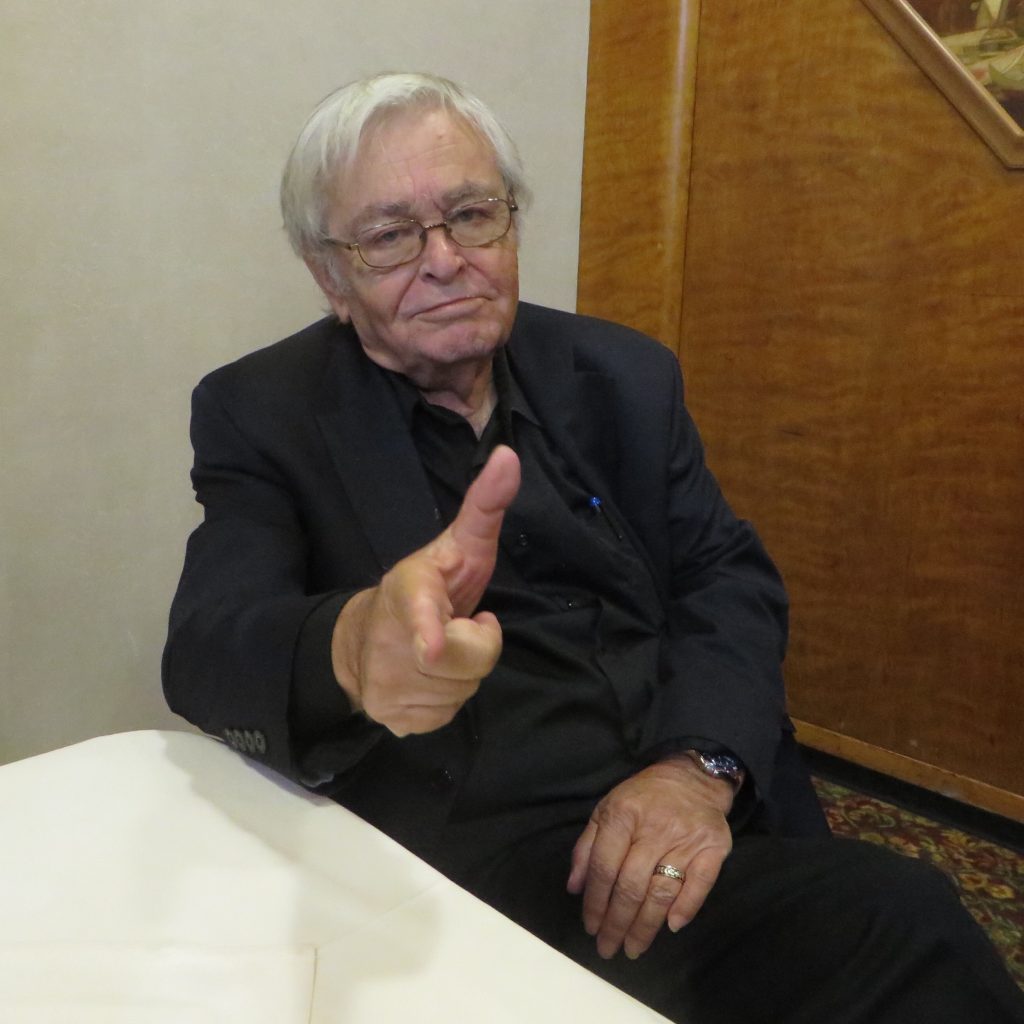 We discussed how Philip K. Dick staged scenes as he wrote his stories, Ray Bradbury’s baffling advice which helped Etchison make his first fiction sale, whether he’d still have become a writer had he not been an only child, why most writing workshops don’t work, how he came to write his best-selling Halloween novel for John Carpenter in six weeks, the speech he really wanted to give when he received his Lifetime Achievement Award from the Horror Writers Association, and more.

(5) FROM THE TOP OF THE STACK. In “Recent Reading”, Ann Leckie shares her thoughts about The Last Good Man by Linda Nagata, All Systems Red by Martha Wells, and Barbary Station by R.E. Stearns.

(6) SO SUMO. Who doesn’t love fighting robots, right? The Verge has video: “These autonomous sumo wrestling bots are freakishly fast”.

If you haven’t seen robot sumo wrestling before, then you’re in for a treat. Trust me. Most robot versions of human sports are underwhelming, but as this video compilation shows, the mechanical take on Japan’s national sport is very fast and very furious. And why? Because engineers aren’t trying to copy human performance. Instead, they concentrate on the qualities that robots excel at: namely lightning-fast decision-making and insane turns of speed.

“There is nothing to writing. All you do is sit down at a typewriter and bleed.” ~ Ernest Hemingway

There’s a sound we all know, even if we don’t quite recall it. It’s the mechanical clatter of a typewriter in action. It is reminiscent in the soulless tapping of keys on modern keyboards and recalled in the sounds of the elite of the keyboard world, the mechanical keyboard. But none of them quite reach the splendor and grandeur of a typewriter in action. Typewriter Day celebrates this humble device and the amazing pieces of literature it’s brought to us over the decades.

We commend to C.S. Lewis fans’ attention Rhymes With Orange for June 21.

(10) BRILLIANT CASTING. David Thayer picked up what he likes to call his Retro-Hugo Nominee pin — a little, Flash Gordon-esque rocket — at Jim Clift’s lapel pin site. Clift has created quite a few interesting items, for example, his collection of science lapel pins. 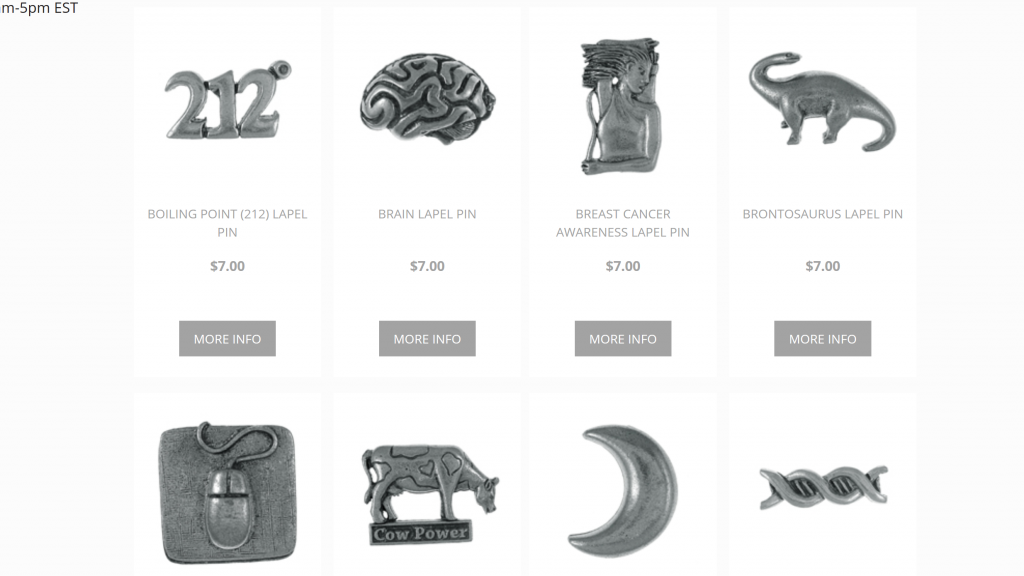 Now here’s a creative way to promote your upcoming symphony season and up your brand: Strap your conductor in a motion capture suit, switch on a dozen high-tech cameras, and get an artist to translate the data into kaleidoscopic shapes and colors.

Then sit back and watch as Simon Rattle, who takes over the storied London Symphony Orchestra (LSO) this fall, morphs into an oozing blob, a twisting tower of metallic rods and, rather deliciously, a tangle of angel hair pasta. (Well, that’s what it looks like to me.)

Here’s a first look one of the transporter rooms (yes, there are more than one) featured in the upcoming Star Trek: Discovery. Above we see Michael Burnham (Sonequa Martin-Green) and Captain Philippa Georgiou (Michelle Yeoh) preparing to beam down to … somewhere.

You’ll notice they’re wearing body armor (another interesting addition) and have old school The Original Series phasers at the ready. In the foreground on the left is the back of Lt. Saru (Doug Jones) a new form of alien in the Trek universe who plays a key role.

This particular transporter bay is aboard the U.S.S. Shenzhou and it’s unlike any that Trek fans have ever seen before. So if you love this new design, great, it’s in the show. If you don’t, hold that thought, because the transporter bay in the U.S.S. Discovery is very different from this one (and has not yet been seen).

(13) RELIC OF WAR. My benighted boast about my site traffic is destined to live on in the annals of humor unto the second fifth generation. Someone screencapped this hack of File 770’s Wikipedia entry. The punchline at the end of the second paragraph made me laugh.

Any book blogger, podcaster, or “booktuber” is eligible to nominate for the award. This year’s nominators included Jeffro Johnson, Jon del Arroz, Brian Niemeier and The Injustice Gamer.

WorldCon in Helsinki is THE social event of the year, and we’re all really looking forward to it. However, for many people, it might be the first time traveling to a country where English is not the native language. This can be nerve-wracking because it is impossible to know what to expect. In a vague attempt to help, I’ve created this ten-point list of how to cope.

1) Research before you go. Read articles. Pick up a travel book. If you are comfortable with Reddit, browse through https://www.reddit.com/r/helsinki/ or even take part in https://www.reddit.com/r/Worldcon75/ and get to know people before you even arrive. Use Google Street View to explore your neighborhood. Look up the address and phone number of the American consulate. Install Duolingo and practice five minutes of Finnish a day for four weeks.