In fiction, you can sell just about anything as contemptuous so long as the characters react to it appropriately. You can give it a cultural underpinning if you want; the story about longbows and the V-sign may not be true in reality, but in a story something along those lines could be a great touch of historical depth. In many cases, though, trying to explain why the gesture is offensive would probably turn into an unnecessary infodump. Instead it can just be like the line from Shakespeare: “Do you bite your thumb at me, sir?” We don’t need to know why biting the thumb is an insult for it to work in the scene. We just need to know whether this is a mild way of saying “screw you” or something to fight a duel over, whether it’s just vulgar or a sign that the other person is placing a curse. The intent and the reaction will tell us all that’s necessary.

(2) JOANN KAISER. The GoFundMe for JoAnn Kaiser has blown past its goal and has raised over $14,000 as of today. She is the widow of fan and bookdealer Dwain Kaiser, who was killed earlier this week.

(3) SMALL PRESS. The Washington Posts’s Michael Dirda says “These small presses can help you think big about summer reading”. He plugs the Haffner Press, and gives a shout-out to Darrell Schweitzer (even using his book cover as art.)

Haffner Press . If you have any interest in pulp fiction, this is the publisher for you. Stephen Haffner issues substantial hardback volumes devoted to the magazine stories of Edmond Hamilton (creator of Captain Future); the crime fiction of Fredric Brown; the early work of Leigh Brackett (whose later credits include the screenplay for “The Empire Strikes Back”); and the occult detective stories of Manly Wade Wellman. One recent title, “The Watcher at the Door,” is the second volume in an ongoing series devoted to the weird tales of the versatile Henry Kuttner. Its foreword is by Robert A. Madle, a Rockville, Md., book and magazine dealer, who may be the oldest living person to have attended the first World Science Fiction Convention, held in 1939…..

Wildside Press . While its books aren’t fancy, this Washington-area publisher maintains an enormous backlist of classic, contemporary and off-trail works of fantasy, science fiction, adventure and horror. Wildside also issues new works of criticism focused on these genres, most recently Darrell Schweitzer’s “The Threshold of Forever.” In these easygoing and astute essays, Schweitzer reflects on the comic side of Robert Bloch (best known for his novel “Psycho”), Randall Garrett’s “The Queen Bee,” often regarded as the most sexist short story in the history of science fiction, and the work of idiosyncratic horror writers such as James Hogg, William Beckford and Sarban.

(4) OH NOES. Gizmodo fears “Mars Might Not Be The Potato Utopia We Hoped”.

In Andy Weir’s novel-turned-Matt-Damon-movie The Martian, the protagonist endures the harsh terrain of Mars by using his own shit to grow potatoes. The idea isn’t that outlandish—over the last few years, a NASA-backed project has been attempting to simulate Martian potato farming by growing taters in the Peruvian desert. While early results were promising, new research suggests that survival of any life on Mars—much less potato-growing humans—might be more difficult than we thought. I blame Matt Damon.

Scientists at the University of Edinburgh tested how the bacteria Bacillus subtilis would react to perchlorates, which were first discovered in Martian soil back in 2008. Perchlorates are naturally-occurring (and sometimes, man-made) chemicals that are toxic to humans, but they’re not always so bad for microbes. In fact, in the Atacama Desert in Chile, some microbes use perchlorates in the soil as an energy source. On Mars, perchlorates allow water to exist in a briny liquid form despite the planet’s low atmospheric pressure.

However, when the researchers put B. subtilis in a bath of magnesium perchlorate solution similar to the concentrations found on Mars, and exposed the microbes to similar levels of UV radiation, the bacteria died within 30 seconds.

(5) WAFFLE TEST PATTERN. Scott Edelman invites the internet to chow down on chicken and waffles with Nancy Holder in Episode 42 of Eating the Fantastic. The encounter was recorded during StokerCon weekend. 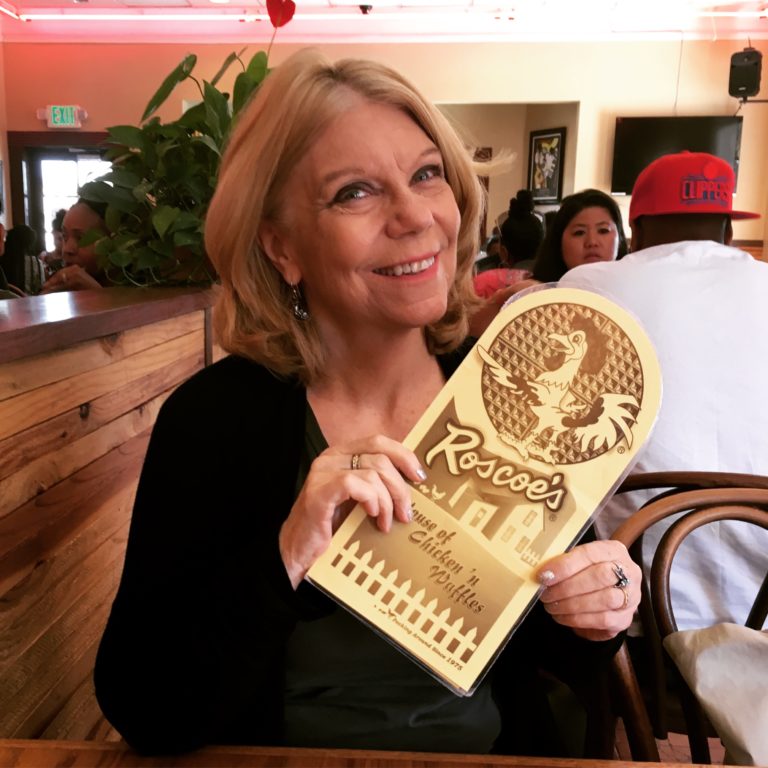 Luckily, my guest this episode was not a skeptic, and enthusiastically accompanied me for the greasy goodness. Five-time Bram Stoker Award winning-writer Nancy Holder had been the Toastmaster during the previous night’s ceremony, is the author of the young adult horror series Possessions, and has written many tie-in works set in such universes as Teen Wolf, Buffy the Vampire Slayer, Angel, Smallville, and Wonder Woman.

We discussed her somewhat secret origin as a romance novelist, why her first horror convention made her burst into tears, how she got off on the wrong foot with acclaimed editor Charles L. Grant, what caused her Edgar Allan Poe obsession to begin, why she was a fan of DC Comics instead of Marvel as a kid, what Ed Bryant might have meant when he called her “the first splatterpunk to chew with her mouth closed,” and more.

Jeremy Renner has broken both his arms in a stunt that went wrong while filming, the actor, who is currently working on Avengers: Infinity War, said Friday.

Speaking before a Karlovy Vary film festival screening of Taylor Sheridan‘s Wind River, in which Renner plays a federal wildlife officer drafted to help solve a murder on a Native American reservation in Wyoming, Renner said the injuries would not affect his ability to do his job.

“It won’t stop things that I need to do. I heal fast and am doing everything I can to heal faster,” he said.

(7) MISSING IN ACTION. Massacres like this are usually reserved for Game of Thrones. Ben Lee of Digital Spy, in “Once Upon a Time season 7 adds five stars including this Poldark actor”, notes that season 7 of Once Upon a Time has started production and no less than seven members of the cast have been booted:  Jennifer Morrison, Ginnifer Goodwin, Jack Dallas, Jared S. Gilmore, Emile de Raven, and Rebecca Mader.

(8) JOAN LEE OBIT. Deadline’s Patrick Hipes, in “Joan Lee Dies:  Wife of Comics Icon Was 93”,  notes her passing on July 4.  IMDB shows she had parts in X-Men Apocalypse and the TV versions of Spider-Man, Iron Man, and Fantastic Four. She and Stan Lee had been married for 69 years. 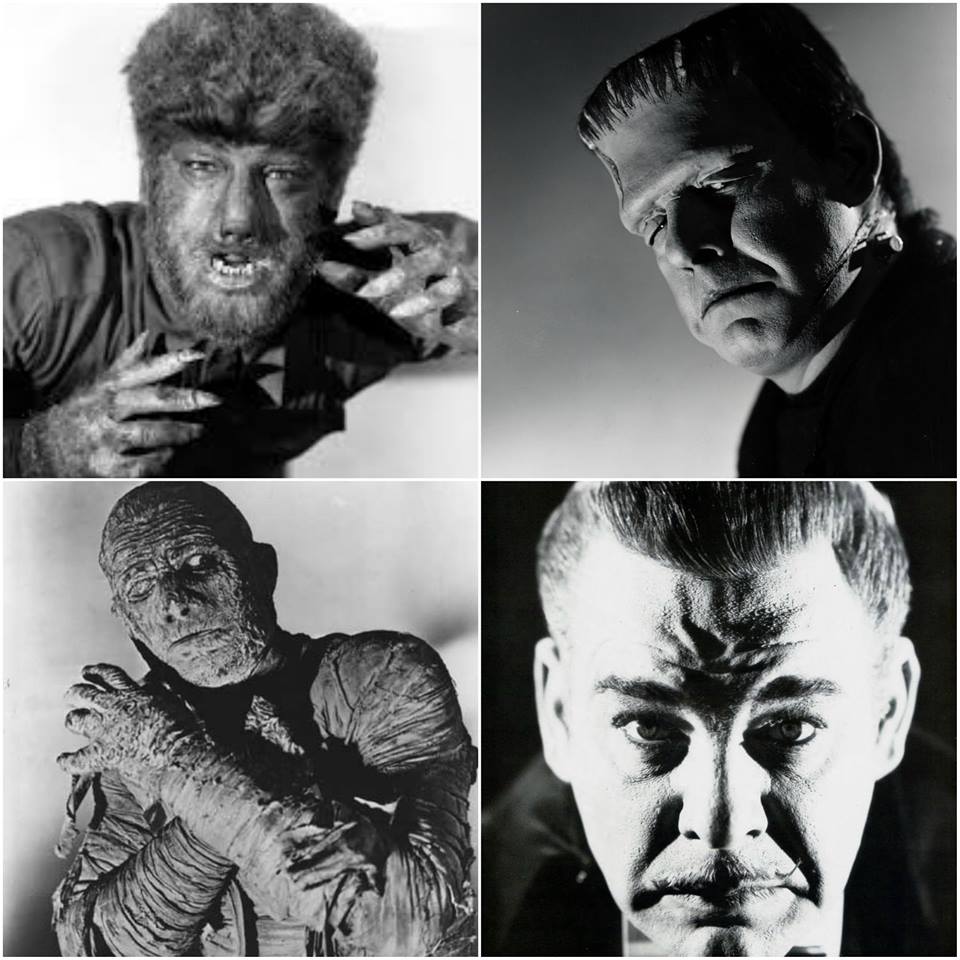 The way in which every single cancer cell spreads around the body has been captured in videos by a team in Japan.

The normal body tissues show up as green, while the cancer comes out as intense red spots.

The team, at the University of Tokyo and the RIKEN Quantitative Biology Center, says the technology will help explain the deadly process.

The research is on mice so far, but it is hoped the method could one day help with treatment too.

(13) NOT INCLUDED. Tesla to build the world’s largest battery.

The battery will protect South Australia from the kind of energy crisis which famously blacked out the state, Premier Jay Weatherill said.

Tesla boss Elon Musk confirmed a much-publicised promise to build it within 100 days, or do it for free.

The 100-megawatt (129 megawatt hour) battery should be ready this year.

“There is certainly some risk, because this will be largest battery installation in the world by a significant margin,” Mr Musk said in Adelaide on Friday.

He added that “the next biggest battery in the world is 30 megawatts”.

The Tesla-built battery, paired with a Neoen wind farm, will operate around the clock and be capable of providing additional power during emergencies, the government said.

I think the novelette finalists are a bit more of a mixed bag. Some of them I think are outstanding, one fell flat for me, and then there’s that other one. You know the one….

This is her review of one she rates as outstanding:

“Touring with the Alien” by Carolyn Ives Gilman (Clarkesworld)

This novelette opens with Avery getting a call offering her a job transporting an alien from the DC area to St. Louis. The aliens had appeared overnight, large domes across the country and until this one decided they wanted a tour of the country, what they wanted and their motives for coming to Earth were unclear. Their motives are still not very clear at the outset of the journey, but by the end–well.

The alien comes aboard the bus in crates and is accompanied by his human translator, Lionel. Each alien has a human translator, someone who was abducted as a child from a family that didn’t care for them, a child no one would miss (how horrible is that?) Avery starts driving and as they make their way across the US, she gets to know Lionel and through Lionel, the alien.

Avery’s a sympathetic narrator and she is genuinely curious about the aliens and willing to acquiesce to most of Lionel’s requests on the alien’s behalf. There is a lot about what it means to have consciousness—the aliens are not conscious—and what value, if any, that brings to existence. I found the ending to be both a surprise and quite endearing. Gilman is an easy prose stylist and Avery’s conversational and self-reflective voice is exactly what this story requires.

(15) ANOTHER TAKE. Speaking of “the one,” it’s given an actual review as part of Doris V. Sutherland’s “2017 Hugo Reviews: Novelettes” at Women Write About Comics.

Alien Stripper Boned From Behind by the T-Rex is, of course, the Rabid Puppy pick for Best Novelette. It is here as a result of Vox Day rather lazily repeating his prank from last year when he got Chuck Tingle’s Space Raptor Butt Invasion on the ballot as a dig at Rachel Swirsky’s “If You Were a Dinosaur, My Love.”

Some have dismissed Stix Hiscock (who, despite her masculine choice of pseudonym, is a woman) as a mere Chuck Tingle imitator. This would be unfair. After all, Chuck Tingle was not the first author to write weird dinosaur erotica, and Ms. Hiscock has as much right as he does to try her hand at the genre.

Taken on its own terms, Alien Stripper Boned From Behind by the T-Rex is a solid but undistinguished specimen of its kind….

(16) SUMMER TV. Glenn Garvin on reason.com reviews Salvation, an end-of-the-world show in the vein of When Worlds Collide coming to CBS starting on July 12: “Salvation Will Have You Hoping for the World’s End”.

He concludes that “Salvation strongly resembles recent congressional budget debates, punctuated by occasional kidnappings, car chases, and gunplay by an unidentified gang of thugs that want the world to end.”

(17) MORE THAN A MEMORY. Speculiction’s Jesse Hudson, in “Review of The Mindwarpers by Eric Frank Russell”, revisits the work of someone once regarded as among sf’s more thought-provoking writers.

One of the interesting aspects of science fiction is that it is a form sometimes used to criticize science, or more precisely the application of science, rather than glorify it.  From Barry Malzberg to J.G. Ballard, Ray Bradbury to Pat Cadigan, Tom McCarthy to James Morrow—these and other writers in the field have in some way expressed a wariness at technological change and its impact, intended and unintended, on people and society.  The quantity of such fiction dropping since the days vast and quick technological change first threatened, change has almost become the norm.  Getting more outdated with each day, Eric Frank Russell’s 1965 The Mindwarpers is one such book.  Republished as an ebook in 2017 by Dover Publications, the message at its heart, however, transcends time.

Willful obtuseness on your part does not oblige engagement on my part.

Senpai is not obliged to notice you.

(19) VIDEO OF THE DAY. Isotype from Henning M. Lederer is a soothing kaleidoscope-type animation with music from Orchestral Manoeuvres in the Dark.

[Thanks to John King Tarpinian, Chip Hitchcock, Cat Eldridge, Martin Morse Wooster, and Andrew for some of these stories. Title credit belongs to File 770 contributing editor of the day Steve Davidson.]