We are incredibly proud to congratulate our esteemed editor and co-publisher, Betsy Wollheim, who will be honored with a Lifetime Achievement Award at this year's World Fantasy Awards! pic.twitter.com/iaK8KGPT2Q

(2) EATING THE FANTASTIC. Scott Edelman welcomes you to a fish and chips place with John Langan in episode 74 of the Eating the Fantastic podcast. 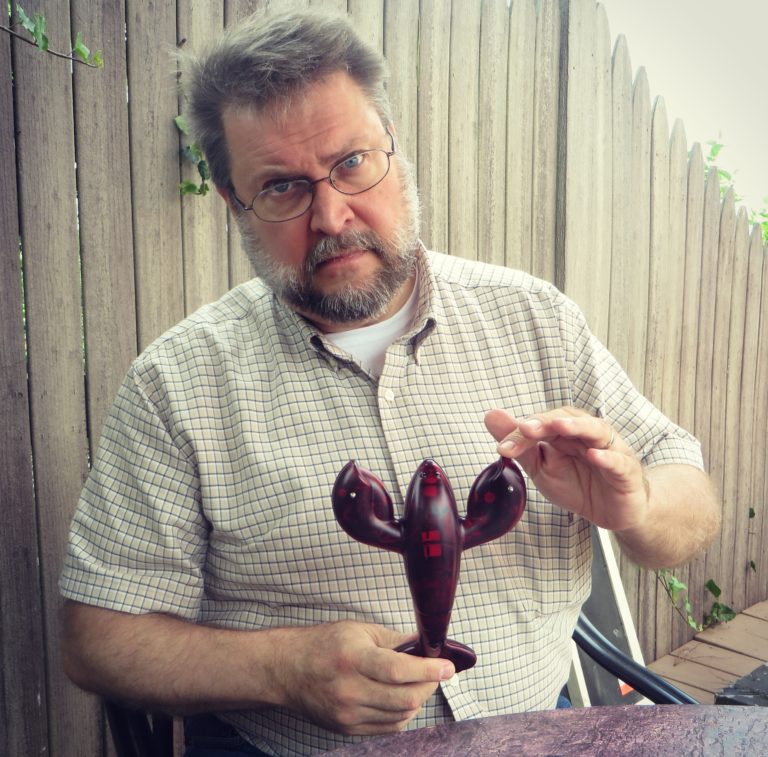 John Langan wrote the poetic horror novel The Fisherman, which was probably my favorite book of 2016. And I obviously wasn’t the only one who felt that way, because it won the Bram Stoker Award for Superior Achievement in a Novel the following year. His short fiction has been published in magazines such as Lightspeed and Fantasy & Science Fiction, anthologies such as Lovecraft’s Children and Poe, plus many other venues.

His debut short story collection, 2008’s Mr. Gaunt and Other Uneasy Encounters, went on to become a Stoker Award nominee. He and I may be the only two people in the history of the planet to write zombie stories inspired by Thornton Wilder’s “Our Town”—his 2008 story “How the Day Runs Down” and my 2001 story “Live People Don’t Understand” tackle that theme in very different ways. He’s a co-founder and on the Board of Directors of the Shirley Jackson Awards.

We discussed how reading Conan the Barbarian comic books as a kid made him hope he’d grow up to be a comic book artist, why his evolution as a writer owes as much to William Faulkner as it does to Peter Straub, what he learned about storytelling from watching James Bond with his father and Buffy the Vampire Slayer with his wife, the best way to deal with the problematic life and literature of H. P. Lovecraft, the reason his first story featured a battle between King Kong and Godzilla, his process for plotting out a shark story unlike all other shark stories, why a writer should never fear to be ridiculous, what a science experiment in chemistry class taught him about writing, his love affair with semicolons, that time Lucius Shepard taught him how to box, the reason the Shirley Jackson Awards were created, and much more.

Readers of a certain age may remember the excitement stirred up when various physicists proposed to add a third category of matter to:

Now there’s C: matter whose rest mass is imaginary. For these hypothetical particles—tachyons—the speed of light may be a speed minimum, not a speed limit.

Tachyons may offer a way around that pesky light-speed barrier, and SF authors quickly noticed the narrative possibilities. If one could somehow transform matter into tachyons, then faster-than-light travel might be possible.

(5) RETRO HUGO BASE. At the official Hugo site, a picture of the prototype awarded on Thursday. 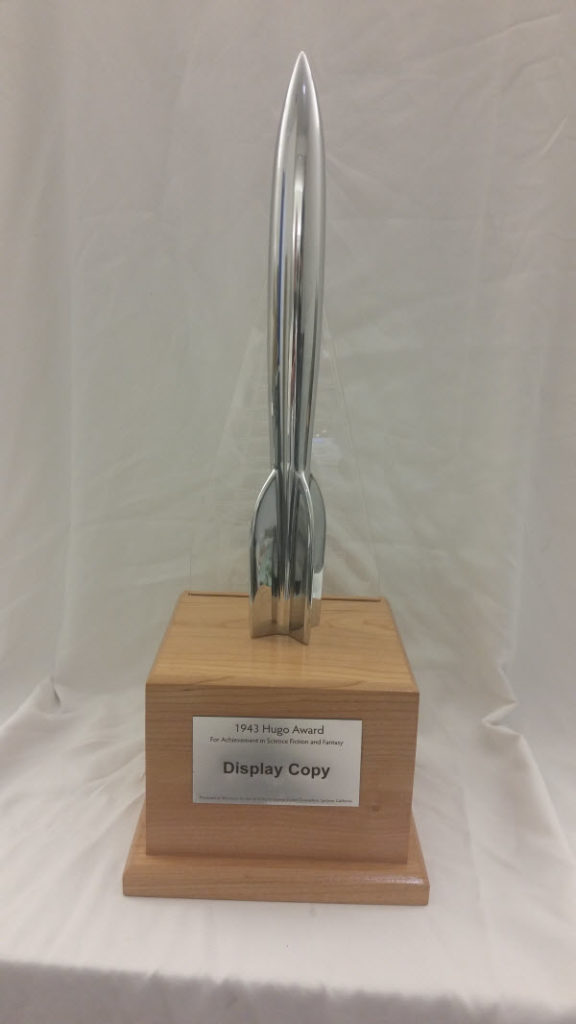