(2) But that’s not today’s only important birthday. Neil Gaiman and Amanda Palmer announced the arrival of their “humble bundle” —

He was born at 8:37 in the morning on September the 16th, which is, I am told, the commonest birthday in the US.  It was a long but rewarding labour. The name on his birth registration is Anthony, but mostly I call him Squeaker. He makes the best noises in the world, mostly squeaks and peeps and snuffles.

Amanda is an amazing mother. I am changing nappies (or diapers, if you are not English) and enjoying it much too much. This is wonderful.

(3) George R.R. Martin has something of his own to celebrate — “A New Record”:

For now, let it suffice to say that the Emmy looks very good in my TV room, and while it IS an honor just to be nominated (as I have been, six times before), it’s even cooler to win.

(5) Run away! Run away! “Burger King’s Halloween Whopper will be its first intentionally frightening burger”:

We’ve seen a lot of scary fast food over the years but now Burger King is reportedly coming out with a new Whopper that’s intentionally frightening. Fast food blog Burger Lad seems to have obtained some leaked pictures of a special Halloween Whopper that will feature pitch-black buns. As you can see in the photo above, this does not look like an appetizing burger — it rather looks as though Burger King has slapped a slab of beef and some vegetables in between two large pieces of charcoal. 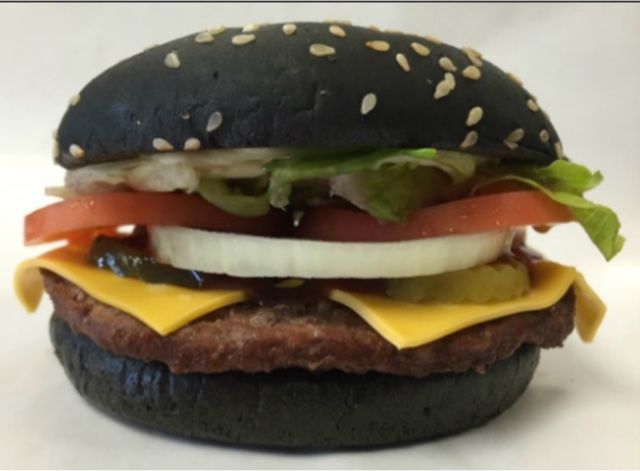 So far as radio plays go, there’s plenty to listen to, though again, many of the originals are simply not archived anywhere accessible.  Superman is an obvious choice;  an episode or two from Lux Radio or Mercury Theater may whet your appetite.  Don’t forget to check out the Blue Beetle too, as well as taking the opportunity to compare the Green Hornet’s radio appearances against the serial show.

(8) The “’Star Trek’ virtual tour will recreate every deck of the Enterprise” comes with a nice 12-minute animation.

You’ve probably seen a few attempts at recreating worlds in game engines, but never at this level of detail. Artist Jason B is working on the Enterprise-D Construction Project, an Unreal Engine-based virtual tour that aims to reproduce all 42 decks in the Enterprise from Star Trek: The Next Generation. While it’s not quite photorealistic, the attention to detail in this digital starship is already uncanny — the bridge, shuttle bay and other areas feel like lived-in spaces, just waiting for the crew to return. Jason is drawing on as much official material as he can to get things pixel-perfect, and he’s only taking creative liberties in those areas where there’s no canonical content.

(10) The Star of the Guardians Indiegogo Campaign has raised over $20,000. Thanks to our contributors,we can now fund the conceptual artwork and the illustrated storyboard book. We can also ensure that all of our amazing perks will be delivered to all of our contributors. 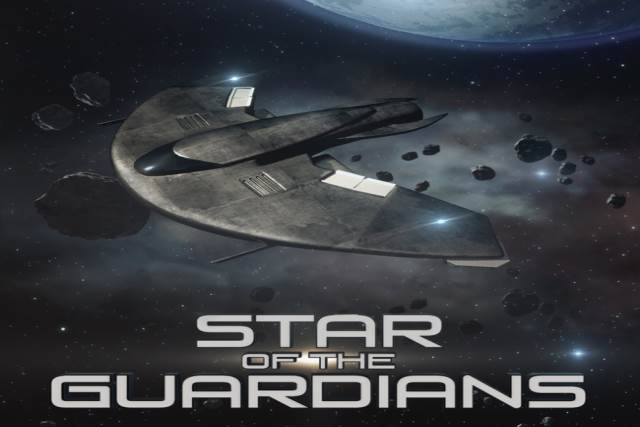 (11) Joe Haldeman is interviewed by Brian Merchant in “The Author of Our Best SF Military Novel Explains the Future of War”.

Now, it’s becoming closer to reality—3D printers may soon allow anyone with the right hardware to manufacture deadly weaponry at home. Obscene weapons are increasingly obscenely easy to find. “Once we have that access to abundant materials, and anyone can print out a hydrogen bomb, we’re about an hour away from total destruction,” he says. “We are just a hair’s thread away from a large disaster.” The future of war is distributed, in other words. But we are just as ill-equipped to deal with our violent impulses now as we were four decades ago, Haldeman says.

“I don’t think we’ve learned any fundamental thing about solving the problem. We’ve learned more about why people do seek violent solutions,” he says. “That doesn’t mean we have the social mechanism to address it.” His words resonate, depressingly, when you consider that the US now averages one mass shooting per day, and that the trend is only accelerating upwards.

“We have people who just go down to the K-mart and just buy ammunition, and they could kill a few dozen people before we can do anything,” he says. “[M]ore brute force is available to individuals, with no obvious improvement in the individual’s ability to responsibly apply that force. Or decide not to use it.” War, it seems, has been distributed.

If you’re thinking that the epic scale of Asimov’s sprawling trilogy—one he explicitly modeled after Edward Gibbon’s multi-volume History of the Decline and Fall of the Roman Empire—will prove impossible to realize on the screen, you may be right. On the other hand, Asimov’s prose has lent itself particularly well to an older dramatic medium: the radio play. As we noted in an earlier post on a popular 1973 BBC adaptation of the trilogy, Ender’s Game author Orson Scott Card once described the books as “all talk, no action.” This may sound like a disparagement, except, Card went on to say, “Asimov’s talk is action.”

The supermoon lunar eclipse of 2015 will occur Sunday, Sept. 27, and is a confluence of three events: a full moon; a lunar eclipse, in which the Earth blocks the sun’s light from hitting the moon; and lunar perigee, when the moon is in the closest part of its orbit to Earth. The last time such a confluence happened was in 1982; there were just five instances of it in the 20th century. This time around, viewers looking from the Americas, Europe, Africa, western Asia and the eastern Pacific Ocean will have a chance to see the show.

(14) A new Mars exploration tool — “’Mars Trek’ Is Google Earth for the Red Planet” on Motherboard.

If you are one of the thousands of people who would like to start a new life on Mars, you might want to get an early start on scouting out some premium real estate options. Fortunately, NASA has created a new Google-Earth-style web app for the red planet, providing the Mars-eyed among us with a way to virtually explore their fantasy destinations in stunning detail.

“Working with our expert development team at [the Jet Propulsion Laboratory], we have just released our latest product, Mars Trek,” said NASA project manager Brian Day in a video about Mars Trek released today. According to Day, this “web-based portal allows mission planners, scientists, and the general public to explore the surface of Mars in great detail as seen through the eyes of a variety of instruments on a number of spacecraft.”

… Beyond these experiments, you can also calculate the trip time between two points on Mars, explore the adopted homes of NASA rovers and landers, and, if you are feeling really ambitious, 3D-print full sections of the online map. Day and his team also plan to add more features soon, including speculations about landing sites for future projects like the Mars 2020 rover.

[Thanks to Martin Morse Wooster, JJ, Will R., and John King Tarpinian for some of these stories. Title credit goes to File 770 contributing editor of the day GSLamb.]

310 thoughts on “Pixel Scroll 9/22 Several species of small, furry animals gathered together in a cave and scrolling with a pict”