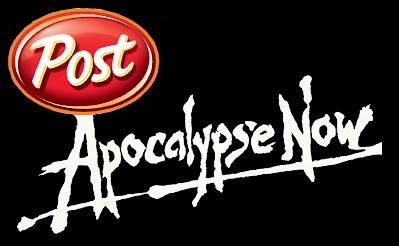 The Rocket Race is an urban adventure competition where teams of up to four will be using their brains to solve science fiction themed clues that lead them by car and on foot all around the San Diego area. The theme for the 2015 race is Post-Apocalypse Now!

…The San Diego Rocket Race is a day-long adventure race for teams of two to four players, made up of two components:

In the first half of the race, teams will solve a clue that will lead them somewhere around San Diego, where they will pick up their next clue. When that clue is solved, it will lead to a new location, and the next clue will be given to the team, leading them to the next location, and eventually they will reach the midpoint of the race and a mandatory lunch break.

(2) Find out about “The Most Advanced Human Brain-to-Brain Interface Ever Made” at Motherboard.

Scientists at the University of Washington have successfully completed what is believed to be the most complex human brain-to-brain communication experiment ever. It allowed two people located a mile apart to play a game of “20 Questions” using only their brainwaves, a nearly imperceptible flash of light, and an internet connection to communicate.

Brain-to-brain interfaces have gotten much more complex over the last several years. Miguel Nicolelis, a researcher at Duke University, has even created “organic computers” by connecting the brains of several rats and chimps together.

But in humans, the technology remains pretty basic, primarily because the most advanced brain-to-brain interfaces require direct access to the brain. We’re not exactly willing to saw open a person’s skull in the name of performing some rudimentary tasks for science.

(3) I’ve fallen behind in my coverage of the George R.R. Martin Deluxe Talking Plush toy. You can now listen to an audio sample from Factory Entertainment, and buy a copy for $29.99.

(4) I spent a random minute watching the opening sequence from The Prisoner on YouTube because I wanted to hear the music.

As any Prisoner fan knows after watching the opening a thousand times, the license plate on McGoohan’s Lotus is KAR 120C. And if you Google the plate number you get lots of Prisoner-related hits.

When the black limo that’s following him pulls up to the curb outside his home, there is also a good view of its license plate — TLH 658. I Googled that number, but what I mainly got were hits on The Lutheran Hymnal where TLH 658 is “Onward Christian Soldiers.” Make of that what you will.

(5) Speaking of conspiracies, a couple of weeks ago I fearlessly investigated the never-before-asked question: What determines who pops up as the “featured member” in the SFWA Blog sidebar?

I wanted to know because Lou Antonelli popped up when I logged on that day.

I asked the President of SFWA, “Is this based on paid advertising? Some algorithim that detects I just read about Antonelli on FB? Something else?”

The sfnal answer would be that SFWA’s orbital mind control lasers determined made you look at it right then.

(6) Leading up to the 40th anniversary theatrical re-release of Monty Python and the Holy Grail, co-director Terry Jones introduces lost footage and outtakes from the movie.

(7) Steve Davidson is up to “1941 Retro Hugo Awards (Part 6: Fanzines)”. It’s one of the more heavily populated categories, and Davidson warns —

This is, of course, an incomplete list.  Even in 1939/1940, those attempting to index the fanzines published up till then despaired of ever being able to compile a complete list.  And, of course, getting a hold of even a tiny fraction of what is listed here is nigh on impossible these days, making the selection of nominees for Best Fanzine of 1940 a particularly problematic task.

(8) In 1941 LASFS was still meeting at Clifton’s Cafeteria, which is about to experience an architectural rebirth of its glory days. The Thrillist has some great photos previewing the restored (and in some spots, remodeled) interior.

First off — and this alone would probably set Clifton’s apart from every other restaurant in LA — the space now features a three-story atrium that’s stacked around a massive redwood tree in the middle of the restaurant. But wait, there’s more.

(9) Shockingly, an award given by a convention that has only thrice been held in a non-English-speaking country has in every case been voted to fiction published in the English language. Lynn E. O’Connacht has exposed the numbers in “Hugo Award Nominations by Country”.

So, initially, when the Hugos were announced I was thrilled along with everyone else. I am still thrilled because it is a great thing worthy of celebration. Diversity creates strength and fosters innovation. But something in the back of my mind was niggling at me. There was something about the celebration that felt off to me. Something about translated works and English-language awards and voting. Something that, as far as I can tell, no one has mentioned in any of their articles. Something that I expect most people wouldn’t even think to check. Either because they’re too thrilled that ‘one of their own’ won a prestigious foreign award or because they just don’t see that there might be something to look at.

It’s fairly common knowledge that, despite claims to the contrary, the Hugo Awards are a predominantly American award. But is it? After all, despite the slate voting this year saw a lot of diversity and it still won the awards. That’s what was niggling me: how completely different that focus is from my experience. Were the Hugos more nationally diverse than my gut was telling me? Was I wrong in thinking about the Hugos as an American award? Was I wrong to think of it as an award only native speakers of English stood a chance at winning?

(10) Wouldn’t people be more willing to see Victor Frankenstein if the actors traded the leading roles? Find out when the movie reaches theaters on November 25.

James McAvoy and Daniel Radcliffe star in a dynamic and thrilling twist on a legendary tale. Radical scientist Victor Frankenstein (McAvoy) and his equally brilliant protégé Igor Strausman (Radcliffe) share a noble vision of aiding humanity through their groundbreaking research into immortality. But Victor’s experiments go too far, and his obsession has horrifying consequences. Only Igor can bring his friend back from the brink of madness and save him from his monstrous creation.

[Thanks to Arnie Fenner, JJ, and John King Tarpinian for some of these stories. Title credit belongs to File 770 contributing editor of the day Fin Fahey.]