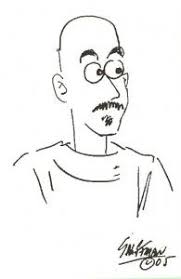 Seattle fan Randy Byers, known even more for his hospitality and friendliness than for his many fannish achievements, died November 20 of cancer.

Randy had shared publicly about having glioblastoma in December 2015, and about the surgery and treatments he’d been through. He was placed in hospice care earlier this month and had not been conscious for some time.

He co-edited Chunga with Andy Hooper and Carl Juarez, a fanzine that won four FAAn Awards and garnered two Hugo nominations. He also won a FAAn Award in 2012 for his fanzine Alternative Pants.

He discovered fandom in 1979. His ever-growing circle of appreciative friends eventually raised him to a level of popularity he’d been reluctant to pursue on his own, electing him the 2003 Trans-Atlantic Fan Fund delegate. He attended Seacon ’03, the 2003 British Eastercon in Hinckley, and wrote portions of a TAFF report with a working title of The King of TAFFland’s Bent Sprog. (Links to those chapters can found at the unofficial TAFF website.)

Randy was also a conrunner, part of the Corflu Zed leadership in 2009, and ran the Worldcon apa WOOF in 2011.

In his last year he traveled and spent time with friends as his energy allowed. Randy revisited Micronesia, where his family had lived for four years from 1966 to 1970 (ages 5 to 9 for Randy.) He also attended the Corflu in Los Angeles, where I got to speak with him . A small mercy is that many people who cared for or loved Randy had a final opportunity to share those feelings with him. 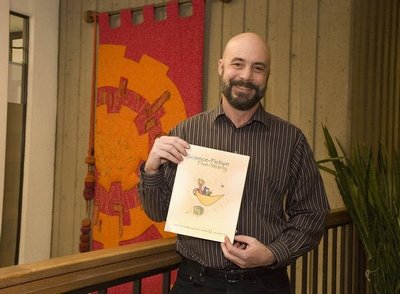