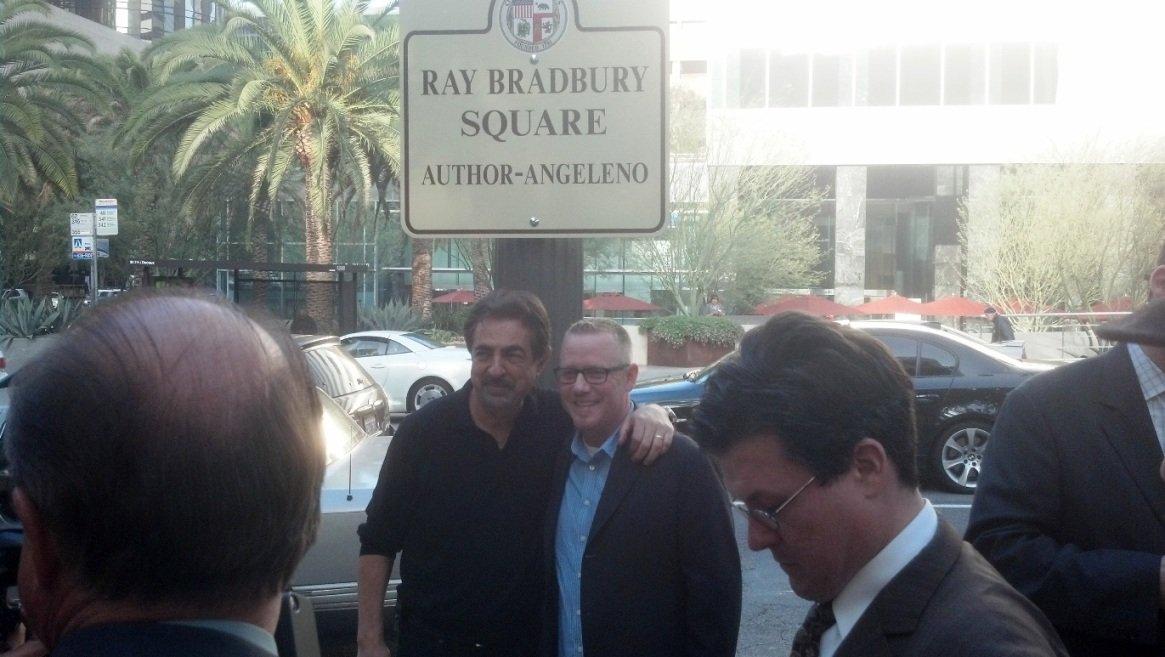 Joe Mantegna and Sam Weller at Bradbury Square dedication in 2012.

Steven Paul Leiva is organizing a new tribute to Ray Bradbury. The Ray Bradbury Read will he held in Maguire Gardens, situated between the Central Library and Ray Bradbury Square, on August 22, 2016 — Bradbury’s birthday. A Facebook event page is here.

Most of the readers will come from the public to be chosen by a method yet to be decided. But we hope to have celebrity readers as well reading from Ray’s work. The celebrities could come from entertainment (film, TV, theater, sports), literature (authors influenced by Ray, or just ones who love him), science (such as individuals involved in space exploration, or the study of dinosaurs), and even politics, or better said, civic service (council members, the mayor, members of congress, etc.).

Actor Joe Mantegna has agreed to be a reader subject to his availability.

The members of the Ray Bradbury Read board of advisers are: 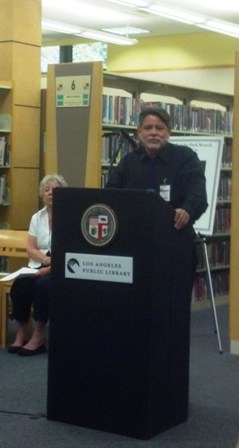