[First Fandom President John L. Coker III filled me in about a surviving member of the 1939 Worldcon I overlooked in a recent post.]

John L. Coker III: I appreciated very much the article (04/20) about Art Widner.  There is one update that I’d like to provide…in addition to Madle, Korshak and Kyle, another member of First Fandom attended the first Worldcon (July 2-4, 1939).  That true fan is none other than Jack Robins, who is alive and well today!  In October 1936, Jack was also part of the New York group of fans that took the train to meet with their counterpart fans in Philadelphia.  Robins, Kyle and Madle are now the only survivors of what Sam Moskowitz has acknowledged as the First Eastern Science Fiction Convention.

I have attached an excerpt of an interview that I recently conducted with Jack Robins, in which he discusses attending the first World Science Fiction Convention — 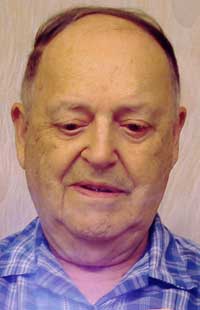 By Jack Robins: A group of us, Wollheim, Michel, Pohl and I headed out to the first World Science Fiction Convention.  When we arrived at Caravan Hall, we approached the admission desk together, ready to pay the entrance fee.  Sam Moskowitz came over and told Wollheim, Michel and Pohl that they couldn’t go in.  Then he looked at me as I stood there dumbfounded, hesitated a moment and then said, “You can go in.”  I paid my admission and went in.  Later on Asimov appeared and was admitted.  He was supposed to say something about the people being barred but Campbell got hold of him and praised him to the audience.  He was so flattered and in awe that he forgot he was supposed to say something about the barred fans.

Across the street from the Convention there was a cafeteria.  Whenever I could I would join them and tell them what went on.  Occasionally other fans would meet with them.  Of course they were deeply angry to have been unfairly barred from the convention.  All they had wanted to do was enjoy the first World Science Fiction Convention but somehow the organizers must have felt that Wollheim, Michel and Pohl would miraculously take over and ruin the meeting.  The funny thing is that months before, Wollheim was broaching the subject of having a Convention at the same time as the World’s Fair because fans from all over the country and from other countries might attend.  So the idea had been bandied about in Fandom but was taken over by Moskowitz, Taurasi and Sykora, with John Campbell’s support.  The organizers made a very successful first convention, doing a superb job of putting it together.