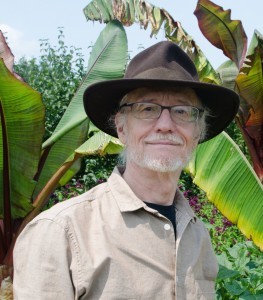 James Morrow, interviewed by Ron Charles in the January 8 Washington Post, talked about why he writes controversial novels attacking religion and defended the staff of Charlie Hebdo magazine gunned down in France.

“I would be deluding myself if I imagined that I was doing anything as brave as what [the Charlie Hebdo cartoonists] were doing,” he says from his home in State College, Pa. “They knew that the sights of those rifles were trained on them, and they had the raw courage to keep on fulfilling that sacred obligation to be satiric. I’ve worked exactly the same side of that street: I see blasphemy not only as a right, but as a sacred duty.”

He’s received a number of angry letters and posts on social media over the years, but never any physical attacks. “I am apprehensive about the possibility that some evangelical with a gun will do me in, but I don’t think God would ever do that. We all have our parts to play in this grand mysterious drama, and I think God put me here to argue against his existence,” Morrow said.

Morrow’s Godhead Trilogy published in the 1990s begins with the discovery of the giant corpse of God floating in the Atlantic Ocean.

His new novel Galápagos Regained is out this week and was featured Tuesday in a Big Idea segment on John Scalzi’s Whatever.

Laced with satire and leavened with a touch of fantasy, my tenth novel, Galápagos Regained, is an historical epic about the coming of the Darwinian worldview. The plot turns on an outrageous competition established in 1848 by the hypothetical Percy Bysshe Shelley Society. My fictional Great God Contest is vaguely based on the famous Longitude Prize sponsored throughout much of the eighteenth century by the British Parliament with the aim of inspiring a simple and practical method for determining a ship’s position on the open sea. (As most of you know, the purse was eventually awarded to John Harrison in 1765 for his chronometer.) My twenty Byssheans—an association of rakehells and flâneurs occupying a manse in the heart of Oxford—propose to bestow an enormous cash bounty of £10,000 on any theologian or philosopher who can prove, or disprove, the existence of God.

[Thanks to Andrew Porter and Martin Morse Wooster for the story.]