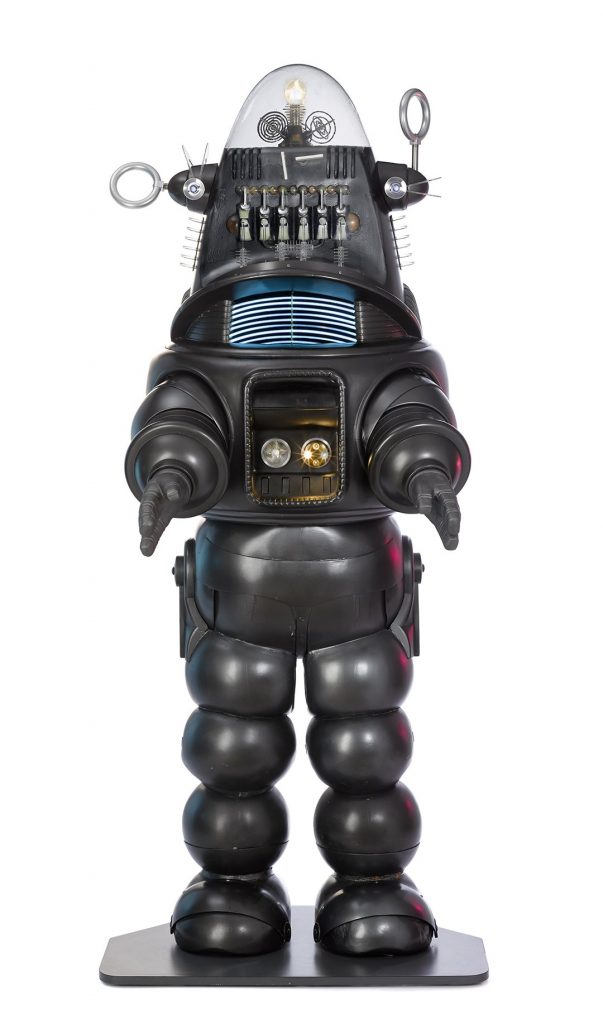 Forbidden Planet’s Robby the Robot sold today for $5,375,000 including premium at Bonhams “TCM Presents…Out of this World!” auction.

Originally created for M-G-M’s outer space epic Forbidden Planet, Robby the Robot ranks among the single most iconic props in science fiction film history and arguably is the cinema’s most famous and instantly recognizable robot. Bonhams is proud to present Robby, his Jeep, and his other major components at auction for the very first time. 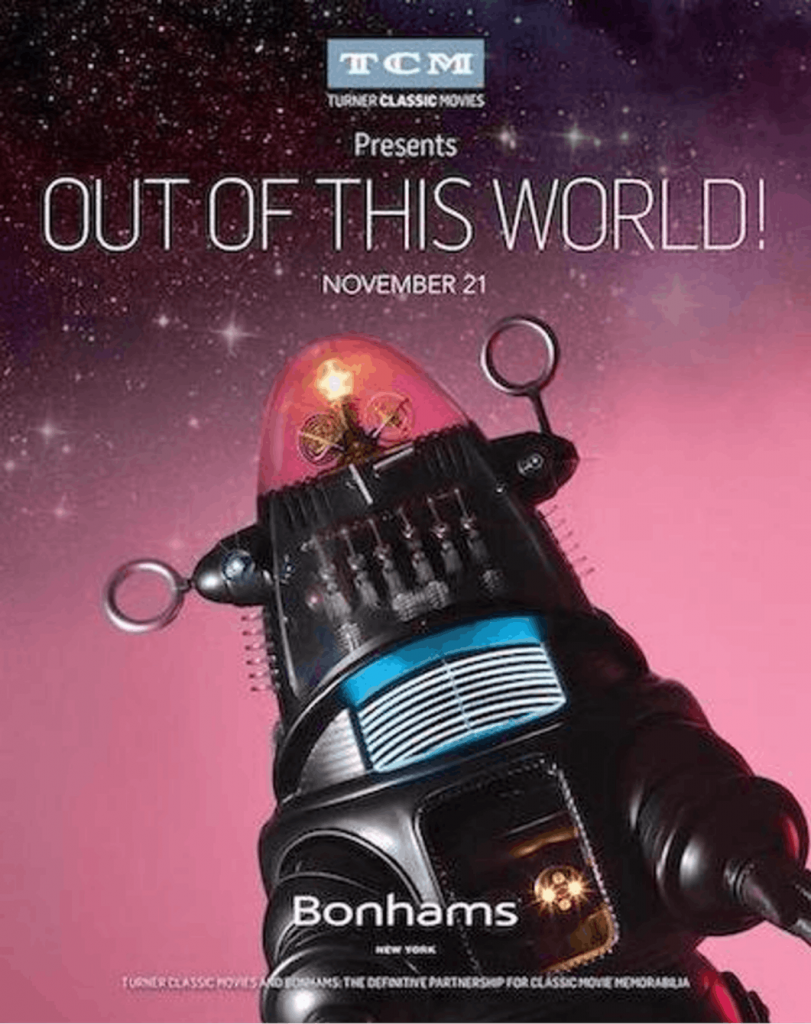 [Thanks to Bill Burns and Andrew Porter for the story.]