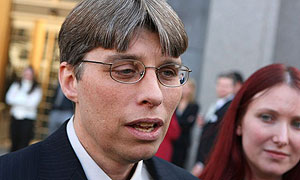 J. K. Rowling has won her copyright action against a small publisher. A U.S. District Court ordered RDR Books not to publish Steven Vander ‘s The Harry Potter Lexicon, and punished it for copyright infringement by awarding Rowling $750 for each of the seven Harry Potter novels and for the two books she has written about the Harry Potter universe a total of $6,750. What little silver lining there may be comes from the fact that…

Fair use cases tend to be considered on a case-by-case basis, something that heartened the lawyers from the Stanford Fair Use Project, who were encouraged “by the fact the Court recognized that as a general matter authors do not have the right to stop the publication of reference guides and companion books about literary works.”

The Guardian tracked down Steven Vander in and discovered he is hard to discourage. He thought the court’s judgment appeared to leave “a lot of leeway” for a revised edition of The Harry Potter Lexicon, but said there were no immediate plans to produce one. And his reason for being in ? To research his next Potter-themed book, about real places that have made their way into Rowling’s fiction. “Obviously I do a lot of research on Harry Potter. And the more research I did the more I realised that the places in the books were places in the world, particularly those in the west country, because she went to university in .”

[Via CBA News and John Mansfield.]