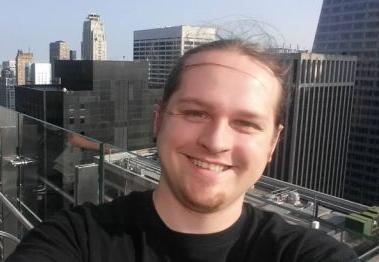 The suit responds to a pair of Nerd & Tie articles published last summer.

In the suit, Kopf denies what is alleged about him in the two stories.

Trae Dorn published statements on Nerd & Tie’s website on or about August 6, 2015, and September 8, 2015, which falsely represented that the Plaintiff had physically assaulted a vendor at a convention he was running, that his business had harassed another business, and that impinged on his integrity, moral character, and professional reputation.

Kopf is asking for actual and punitive damages, plus an injunction ordering Dorn to remove the defamatory posts and avoid posting future defamatory statements.

Kopf, on his own blog, elaborated his reasons for filing suit. His real complaint seems to be the amount of coverage he is receiving.

…a blogger… has written several articles about me calling me sketchy and a “villain.” He writes a new article after almost every convention I run.

No other non-famous person receives that level of attention.

In these stories I don’t even get to be a super-villain.

From arrests to bankruptcy, none of which apply to me, none of these conventions have earned the same level of exhaustive coverage I have….

Trae Dorn of Nerd & Tie says he will fight the suit. He has started a GoFundMe appeal to defray the expenses.

Now, I don’t want to discuss details, but I still stand by what I wrote – as do Nick and Pher (who co-own Nerd & Tie with me). I have secured legal counsel, and intend to fight. But this isn’t going to be cheap for me….

Right now I’m asking for $3,000 which will cover my initial legal costs. I will probably end up needing more, but this is where we’re starting.

People have donated $1,285 in the first three days.

Dorn has posted a copy of the lawsuit here.