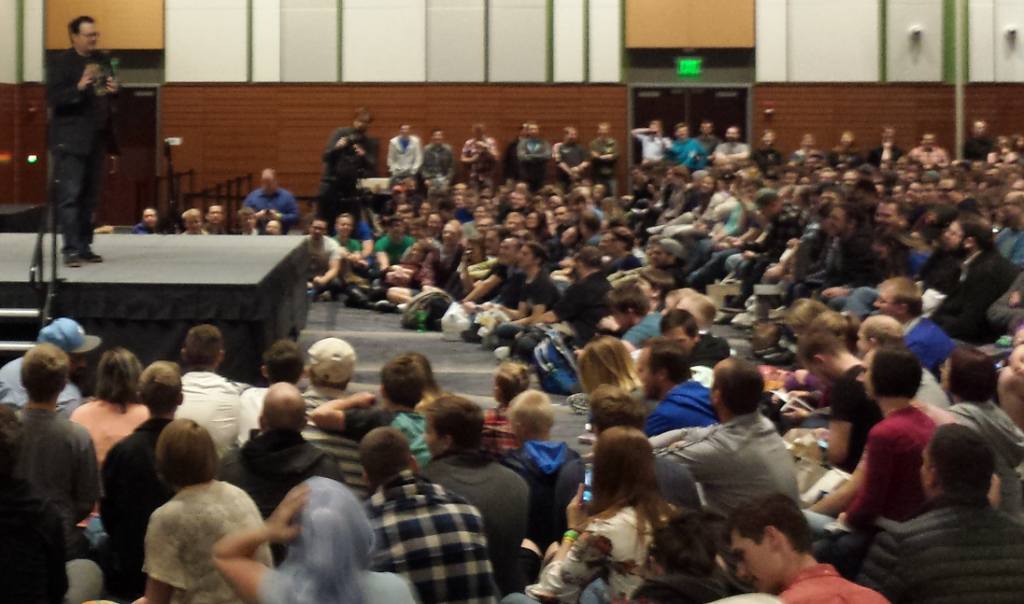 The man himself holds the crowd in thrall.

By David Doering: Over 1300 fans turned out for the Oathbringer Midnight Release Party in Provo, Utah on November 13. To be accurate, Brandon Sanderson interpreted “midnight ” as meaning midnight at Tor in NYC. So he started distributing books right at 10 p.m. Mountain Time

This was partly to give himself a break, as he figured the autograph line of 1200 would take till 5 a.m. to finish even with a 10 p.m. release.

Interestingly, there’s a cottage industry surrounding Brandon and his works. There were four or five dealers in the hallways selling shirts, jewelry, henna tattoos, and a variety of artists who’ve done illustrations in his works.

When Brandon spoke, he said he would rather have his novels as TV shows and not movies. He is worried what Hollywood would do to get even one of his novels into two hours.

He told that when his first Wheel of Time succeeded so well, Tom Doherty readily, eagerly agreed to taking Brandon ‘s own novel with lots of illustrations inside and maps on the endpapers. (Brandon says if kids’ books can have lots of illos why can’t adult books?) Only Tom bemoaned later about taking on such expense…

For me, the best part was the reminiscences he had of trying to get started as a writer, stalking editors at World Fantasy.

Best technique? Don’t tell an editor you want to discuss your novel. That’s a quick way to the exit.

Instead, tell the editor that “I have this friend who wants to be an editor.”

Guaranteed face time for an hour.

Then pitch your novel. 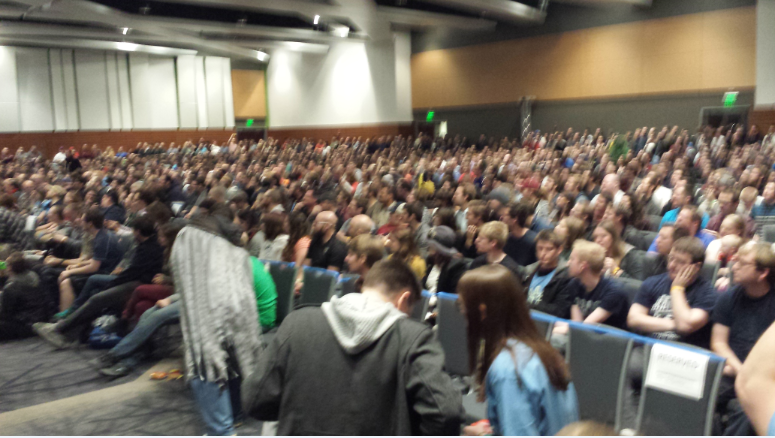