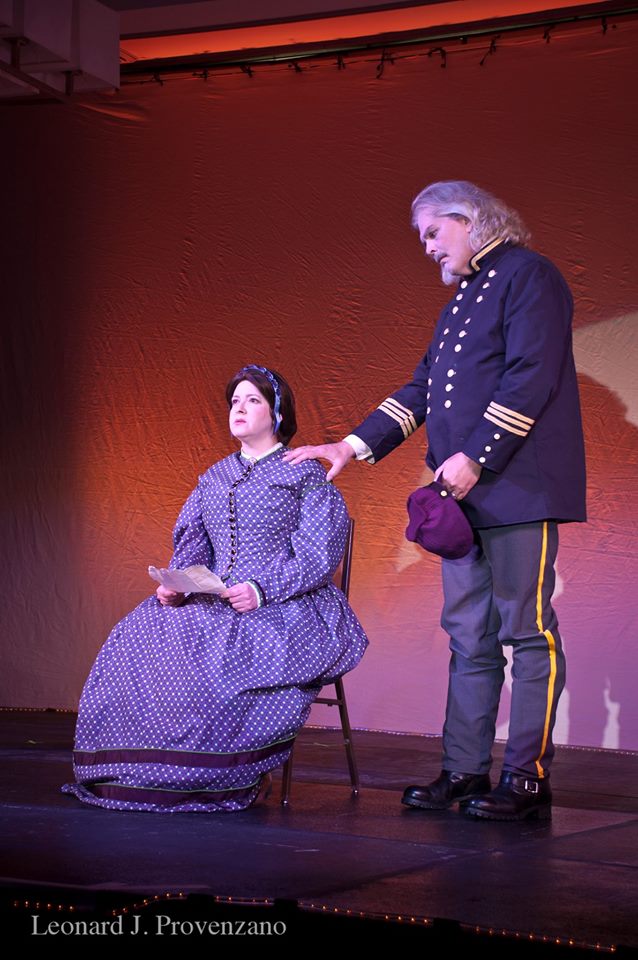 Lisa Ashton and Sandy Swank in “The Letter.” Photo by Leonard J. Provenzano. Used by permission.

Sandy Swank, an active member of the International Costumers Guild, passed away June 13 of lung disease.

He was President of the Greater Delaware Valley Costumers Guild. He also was a member of the Society for Creative Anachronism, participating in an early 17th century persona.

Before he retired, even his day job allowed him to appear in costume, as a historical re-enactor at Philadelphia’s Cliveden museum, sometimes playing an 18th century German farmer and sometimes the Grandson of Pennsylvania founder William Penn.

After retirement he moved to Charleston, South Carolina. There he co-chaired Costume-Con 33 (2015) with his husband Robert M. Himmelsbach.

He was part of the memorable Chicon 2000 Masquerade entry, the humorous “Mad Cows Through History”.

And Swank and Lisa Ashton won Best in Show at Philcon as well as multiple awards at Costume-Con 29 in 2011 for ”The Letter”  (scroll down for video), a meticulously researched presentation of the famous Sullivan Ballou letter. Lisa Ashton recalls:

We were on a panel together about a year earlier, at a Philcon, on a Sunday morning, and only about 1 person showed up, so we all just talked about things, and the subject came around to the Ken Burns Documentary about the Civil War, and the very poignant letter written by Sullivan Ballou to his wife Sarah, about two weeks before he was killed at First Manassas. This led to Sandy and I doing this on stage, and people telling us, “The hair stood up on the back of my neck” among other comments. I am smiling as I remember our planning and presentation and how touching it was. We were so in character we barely felt we were ourselves. I still cry watching this presentation on video.

Swank is survived by his husband, and two sisters.