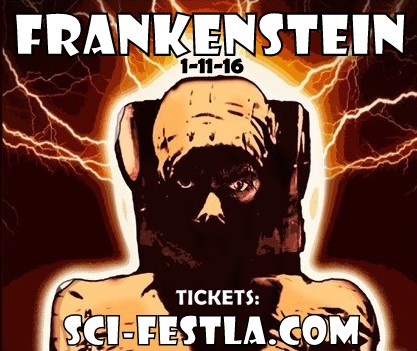 Sci-Fest Radio Theatre will present the 1944 radio version of Frankenstein live on stage on January 11, 2016.

This fundraiser for Sci-Fest LA will also be the occasion to honor legendary filmmaker Roger Corman with the first-ever Sci-Fest LA Icon Award.

A wine reception, red carpet and silent auction begin at 6:30 p.m. at the Colony Theatre in Burbank. Corman will be honored at 8 p.m., and the performance will follow.

Tickets are being offered as a reward to donors who make a tax deductible donation of $100, $75 or $55.  See the Sci-Fest LA website for details.