We should pause for a moment to note how strange this is. One of the biggest and most profitable companies in the world has taken an interest in aging research, with about as much funding as NIH’s entire budget for aging research, yet it’s remarkably opaque.

Google also prides itself for being a leader on transparency and for its open culture. And we’re living in a time when the norms in science, particularly biomedical science, are centered around openness and data sharing. But these values have somehow eluded Calico.

For now, I think it’s safe to say Google has not solved aging. Or if it did, they haven’t told anybody.

(2) Inside DARPA. “Inside DARPA, The Pentagon Agency Whose Technology Has ‘Changed the World'”.

Welcome back to FRESH AIR. What are some of the most impressive successes of DARPA?

SHARON WEINBERGER: Well, let’s start with the first success that has really cemented DARPA’s reputation today. And that would be ARPANET, which was the precursor and laid the foundation for the modern Internet. That is undoubtedly the agency’s biggest success. And because of the name itself, ARPANET is sort of synonymous with DARPA today. But there are many other innovations that they get less credit for but in fact go back directly to the agency’s work. The driverless cars, autonomous self-driving cars that are now coming to fruition date back to a series of robotic car races that DARPA sponsored beginning in 2004, 2005.

Some of DARPA’s other biggest, quote, unquote, “successes” are stealth aircraft. They sponsored the development of the first stealth prototype aircraft in the 1970s. Precision weapons is another DARPA innovation. Drones, particularly the Predator drone that we now associate with the wars in Iraq, Afghanistan and elsewhere date back to DARPA sponsorship.

(3) Scientists versus politicians. “A Cold War theory for why scientists and the government have become so estranged”.

Indeed, a big reason why tens of thousands of scientists rallied in cities around the country last weekend was to counter what they see as “anti-science” attitudes taking hold in the United States — particularly in the US government. The March for Science, according to organizer Jonathan Berman, a biology postdoc at the University of Texas Health Science Center, sent “the message that we need to have decisions being made based on a thoughtful evaluation of evidence.”

But this raises the obvious question: Was the United States ever pro-science? Was there a golden age? And if so, why were things so different then? What’s changed?

(4) Space firms warn Congress. “US space firms tell Washington: China will take over the moon if you’re not careful”.

Robert Bigelow, a real-estate mogul who now operates an eponymous company dedicated to creating space habitats and building facilities on the moon, warned the Senate hearing that without a global legal framework, the US could be left behind.

“China is very pre-disposed to ownership, whether its creating the islands in South China Sea, properties in massive quantities that they’ve purchased in South America or Africa, whether you open a [foreign subsidiary in China] and can only own 49% of it,” he said. “China could exercise an effort to start to lay claim to certain lunar territories. I don’t think it’s a joke, I don’t think it’s something to be cavalier about. Such an ownership consequence would have an amazing impact on the image of China vis-a-vis the United States and the rest of the world, if they should own large amounts of territory on that body, if we stood back and we were not prepared.” 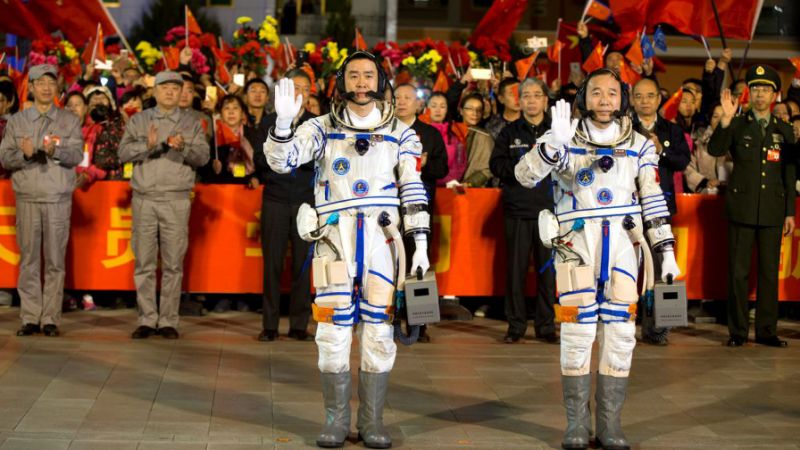 By opening more commercial options for space exploration, Cruz said, they could be creating “the real possibility that in the not-too-distant future, American private citizens will be able to reach space from a launch pad or a runway in Texas.”

(6) Water covered planets. “Most Habitable Alien Planets May Be Totally Covered in Water”.

Earth may be special because of its water, but not in the way you may think. A new study published in The Monthly Notices of the Royal Astronomical Society suggests that we may actually have less of it than average.

Astronomer Fergus Simpson of the University of Barcelona ran a series of computer simulations to determine what planets orbiting in their star’s habitable zones would look like. Habitable zone planets like Earth are the perfect distance from their host stars for liquid water to form on the surface and are prime candidates in the search for extraterrestrial life.

Simpson simulated what would happen to a wide range of habitable zone planets given a variety of starting conditions. The results were that planets tend to be either mostly water or mostly land, with very few in the middle. Most planets with any significant amount of water are likely to be dominated by it, and most planets in the habitable zone are almost completely waterworlds.