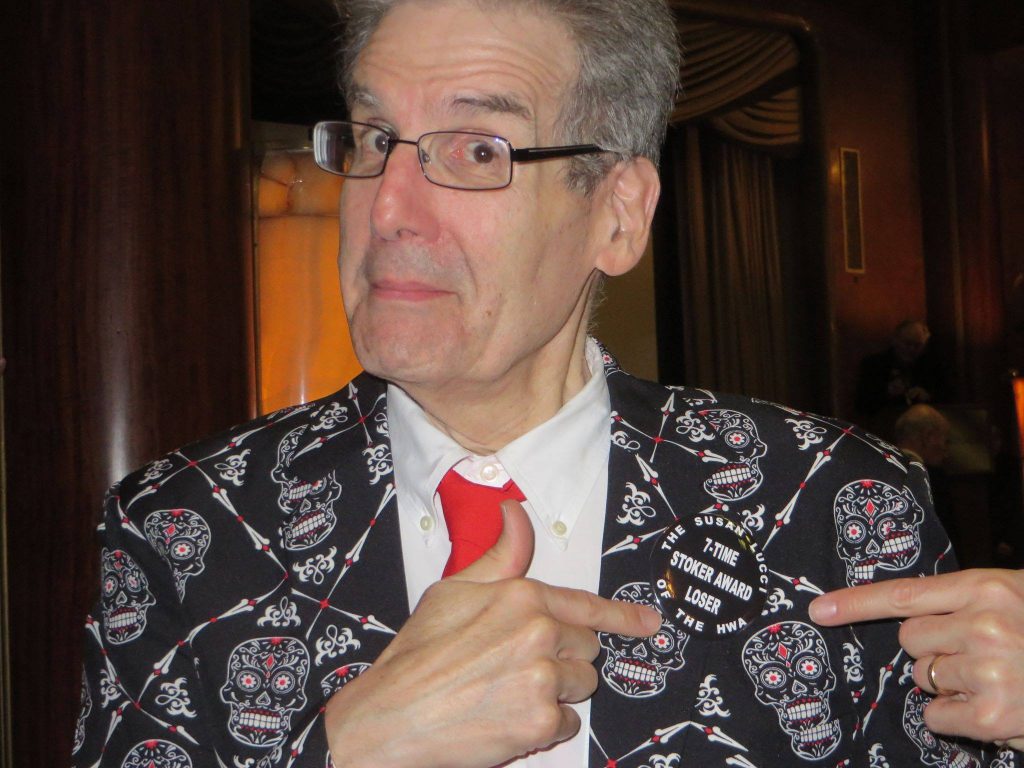 Edelman began his career as an assistant editor and writer for Marvel Comics in the ‘70s. In addition to writing comic books and trade paperbacks, he edited its fan magazine FOOM! In 1976, he became a freelance writer for both Marvel and DC on a range of books.

Edelman has had more than 85 short stories published in magazines, anthologies and several highly regarded short story collections. He has been a Stoker Award finalist seven times in the fiction categories, and a Hugo Award finalist for Best Editor four times, in 1996, 1997, 1998, and 1999.

He won the Sam Moskowitz Award for outstanding contributions to the field of science fiction fandom in 2004.

Currently Edelman hosts a podcast, Eating the Fantastic, in which he interviews writers and others over a good meal. His most recent short story collection, Liars, Fakers, and the Dead Who Eat Them (Written Backwards) was published in March 2017. For more information on Edelman, visit his blog at his blog.

The World Fantasy Convention 2018 will be held at the Marriott Renaissance Harborplace Hotel in Baltimore, Maryland, USA, Nov 1 – 4, 2018.