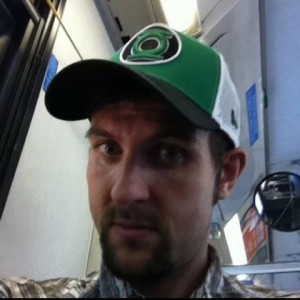 Denver fan Nick Vanover went missing after attending a local convention, Starfest, this past weekend. His friends and family are worried and a missing persons report has been filed with the police. A call for help finding Nick has gone out on the Denver Comic Con’s Facebook page —

We need some help. A friend of ours, Nick Vanover, was instrumental in making Denver Comic Con 2012 happen. Unfortunately, he’s been missing for a few days. We’re worried about him. If anyone has any information about his whereabouts, please PM us. The authorities have said one of the best ways to help out is to get the word out. Please share this image if you are so inclined.

Nick was last seen Friday at Starfest and was despondent because of his job situation. He has not responded to phone calls or texts from family. We are in Virginia and can only depend on Nick’s friends and the police for help in locating him. A missing persons report has been filed and now it is just a waiting game for us.

Update 04/23/2013: Nick Vanover’s father, Alex, reports on FB that Nick called this morning and left a message saying he is in a Denver hospital. He has been located. If Alex posts any further explanation on FB I will follow up.

[Thanks to Curt Phillips for the story.]