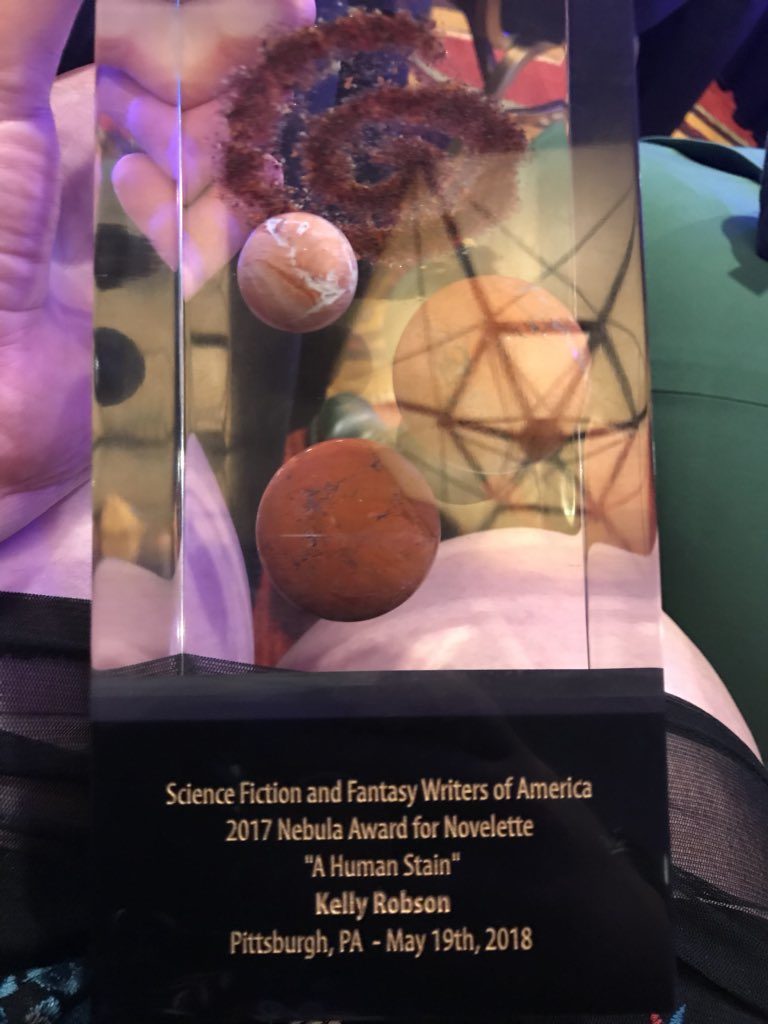 DO YOU HAVE WHAT IT TAKES? Both Active and Associate Members in good standing may vote in the Nebulas.

Thinking of joining? Here are the requirements to become an associate member.

A candidate shall be eligible for Associate Membership after acceptance and a signed contract or letters of agreement for:

Works must be in the English language in science fiction, fantasy, horror and related genres.

(Note: As of this writing, the SFWA website entry had not been updated to reflect the new voting rights.)

GAME WRITING NEBULA: Game writers became eligible for SFWA membership in 2016 and plans to add a Game Writing category to the Nebula Awards were revealed in 2017. Here are the rules:

OTHER NEBULA RULES CHANGES: SFWA also has clarified existing rules and made some housekeeping changes.

The new rules are available here.