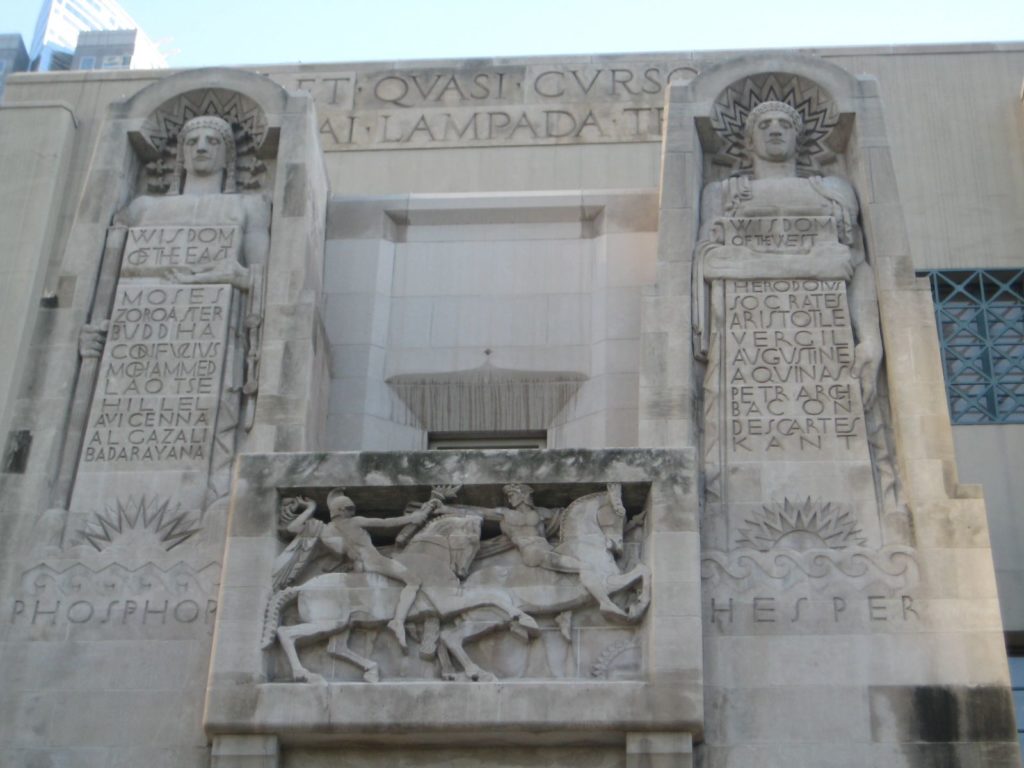 By John Hertz: (reprinted from Vanamonde 1297) Waiting in the Maguire Garden at the west of the public library down town while a fire alarm was cleared, I saw above the library door in alto-relievo two horsemen passing a torch, under the motto Et quasi cursores vitai lampada tradunt (Latin, “And like runners they hand on the lamp of life”; Lucretius, On the Nature of Things 2:79, 50 b.c.e.).

On the left, over a figure of Phosphor (personification of the Morning Star), was “Wisdom of the East / Moses / Zoroaster / Buddha / Confucius / Mohammed / Lao Tse / Hillel / Avicenna / Al Gazali / Badarayana”.

On the right, over a figure of Hesper (the Evening Star), was “Wisdom of the West / Herodotus / Socrates / Aristotle / Vergil / Augustine / Aquinas / Petrarch / Bacon / Descartes / Kant”.

They made a conversation piece.  The work of each person named is worth discussing; the inclusion of that person, the omission of others; placement under East or West; each set’s numbering ten; and, as the saying goes, much much more.

Bill Bowers of e.g. Outworlds was, and Bruce Gillespie of e.g. SF Commentary is, famous for lists.

3 thoughts on “Shall the Twain Meet? or, Before Bowers and Gillespie”