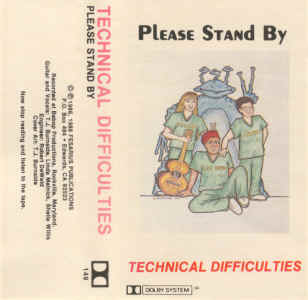 “Technical Difficulties “ with Willis, Linda Melnick and T.J. Burnside (now T.J. Burnside Clapp) won a Pegasus Award (“For Excellence In Filking”) at the Ohio Valley Filk Fest in 1989. Their recording “Come You Knights” [YouTube] is available online. The group’s legend persists – it even garnered a mention in The Drink Tank #300.

[Thanks to Susan de Guardiola and Andrew Porter for the story.]