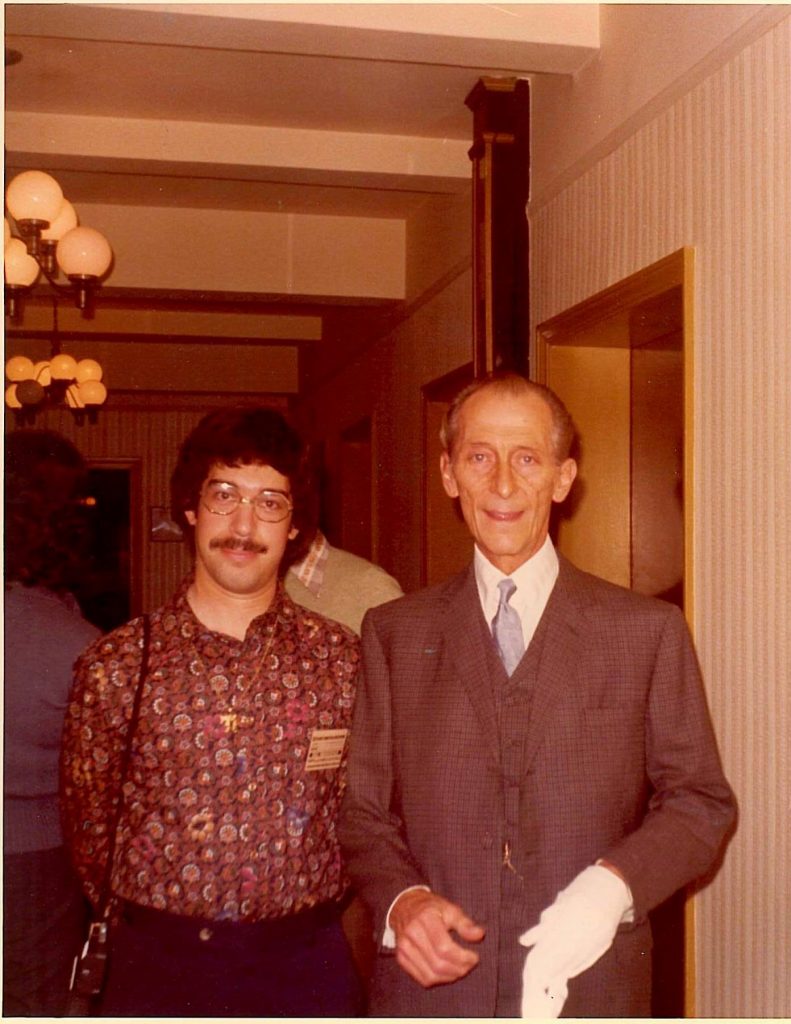 By Steven J. Vertlieb: We lovingly remember and celebrate the 104th Birthday (born May 26, 1913) of the magnificent Peter Cushing, the cultured gentleman of horror who, along with partner and friend Christopher Lee, led Hammer Film Productions in England to near mythical success and legend during the Fifties, Sixties, and Seventies.

Peter became a friend through correspondence during the Sixties and Seventies. His letters were often searingly open, and heartbreakingly honest. We met finally at New York ‘s “Famous Monsters of Filmland” film convention during the torrid Summer of 1975.

Here I am with Peter upon our meeting at this memorable gathering. When I reminded him of our long correspondence, he said “Ah, Yes…You used to write me with your brother…just like Laurel and Hardy.” Just adorable.

With our beloved Christopher Lee, Peter Cushing was, perhaps, England’s most cherished export during his shared tenure as Hammer Films’ most prominent actor and star. Wishing Abraham Van Helsing and Baron Frankenstein a joyous, Gothic, Happy Birthday in horror Heaven.