These books are created to help MidAmeriCon II members who will vote next year on the Retro Hugos (along with the regular Hugos).

The links lead to a Google storage drive.

Von Dimpleheimer, in his capacity as a book designer, facetiously apologizes —

Apparently I failed to learn one of the important lessons of 2015. The cover images of these volumes do not squarely and literally represent the contents. If anyone downloaded these ebooks based on the covers and was disappointed by the lack of stories of robot detectives, of father-daughter trips to the moon for target practice, or of children befriending decommissioned kill-bots now working as short order cooks, I apologize. To prevent any further misunderstandings, I should state that Volume Six, despite it cover, is not guaranteed to contain a story about how two lads, unjustly thrown out of the Jupiter Scouts for accusing Professor McEvil-Foolja of violating the ban on time travel research, manage to save a futuristic city from rampaging dinosaurs. 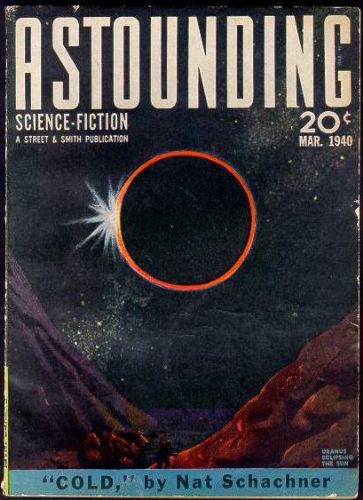 Here is the Table of Contents for Volume Six.

Von Dimpleheimer says in the introduction:

The first two Bedford-Jones stories were not listed on ISFDB, but when I stumbled upon them, I thought they might involve time travel. They don’t. I wouldn’t classify them as SF, but you can decide for yourself if you are inclined to read them. I enjoyed “Outlawed” even if it is just historical fiction about Christopher Marlowe.

Update 12/26/2015: Removed “Artificial Honeymoon” from list of contents and corrected number of stories to 30.