Expect Chandler Klang Smith and Robert Freeman Wexler to lead the audience into a circus of unearthly delights at the New York Review of SF Readings on March 11. 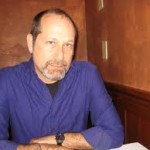 Robert Freeman Wexler will read from his recently-completed short novel, The Silverberg Business, a surreal detective story set on the Texas gulf coast in 1888. Wexler’s latest published novel is The Painting And The City. He also has written a novella, “In Springdale Town,” a novel, Circus of the Grand Design; and a chapbook of short fiction, Psychological Methods To Sell Should Be Destroyed. 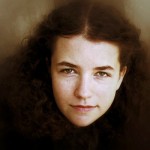 Chandler Klang Smith will read from her almost-completed second novel, tentatively titled Smog. Her first novel, Goldeland Past Dark, a weird tale of carnival performers, appeared in 2013. She is has worked as a reader for the Paris Review, and as the Events Coordinator for the KGB Bar.

As Winter wanes, why not enjoy two wonderful writers weading, um, reading for you?  Coincidentally, they’ve both run away to the circus in their fiction.

Robert Freeman Wexler’s latest novel is The Painting And The City, PS Publishing 2009. It is being reissued in paperback and ebook by PS Publishing’s Drug Store Indian imprint in April 2015. He has also published a novella, “In Springdale Town,” (PS Publishing 2003; reprinted in Best Short Novels 2004, SFBC, and in Modern Greats of Science Fiction, iBooks); a novel, Circus Of The Grand Design (Prime Books 2004); and a chapbook of short fiction, Psychological Methods To Sell Should Be Destroyed (Spilt Milk Press/Electric Velocipede 2008).

His stories have appeared sporadically in various magazines and anthologies, including Polyphony, The Third Alternative, Electric Velocipede, and Lady Churchill’s Rosebud Wristlet.  He will read from his recently-completed short novel, The Silverberg Business, a surreal detective story set on the Texas gulf coast in 1888.  Visit him online at robertfreemanwexler.com .

Chandler Klang Smith grew up in Springfield, Illinois, before dropping out of high school early and running away to join the circus – or rather, the most circus-like educational environment she could find, namely, Bennington College. She left there in 2005 with a BA in literature and philosophy and journeyed on to the MFA Creative Writing Program at Columbia University, from which she graduated in 2007. At Columbia, she began the project that would develop into her first novel, Goldenland Past Dark, a weird tale of carnival performers, which was published in spring 2013 by the Toronto-based press ChiZine Publications.

In New York City, Chandler has worked as the ghostwriter of two young adult novels for Alloy Entertainment Group, as a reader for the Paris Review, as an assistant/associate agent for a boutique literary agency, and currently, as the Events Coordinator for the KGB Bar. She’s nearing the completion of her second novel, tentatively titled Smog, which she’ll be reading from this evening.  Her Web site resides at chandlerklangsmith.com.

The New York Review of Science Fiction Reading Series provides performances from some of the best writers in science fiction, fantasy, speculative fiction, etc.  The series usually takes place the first Tuesday of every month, but maintains flexibility in time and space, so be sure to stay in touch through this mailing list, our Web site, or Facebook group,  NYRSF Readings.

—
Jim Freund is Producer and Executive Curator of The New York Review of Science Fiction Readings.  He has been involved in producing radio programs of and about literary sf/f since 1967.  His long-running live radio program, “Hour of the Wolf,” broadcasts and streams every Wednesday night/Thursday morning from 1:30-3:00 AM.  Programs are available by stream for 2 weeks after broadcast.  In addition, Jim is Podcast Editor and Host for Lightspeed Magazine.

The SoHo Gallery for Digital Art (AKA Soho Artspace) is dedicated to re-establishing SoHo as an international center for the development of new artistic forms, concepts and ideas.  A screens-instead-of-canvases approach allows a wide selection of art from around the world which would otherwise never make it to the City.  The SGDA is available for private gatherings and events of all kinds.  For bookings call (800) 420-5590 or visit sohodigart.com

There are many convenient bus lines that come within a couple of blocks of the gallery.  Use the link above for an interactive transit map.

—
To make changes to this mailing list, please write NYRSFr_webmaster@hourwolf.com.  I am a human being (of sorts) so no need for listserv commands.  Just use English.