Here are 7 developments of interest to fans.

A team of Estonian scholars believe they have located his remains in a graveyard in Naples, rather than in the Romanian Transylvanian Alps where expected. Vlad supposedly died in battle in 1476 and his head was taken as a trophy to Constantinople. His daughter was taken to live with an allied family in Naples, and married to a nobleman there.

Scholars from the University of Tallinn say they have discovered evidence that suggests the count was taken prisoner, ransomed to his daughter in Italy and then buried in a church in Naples. Evidence comes from an ancient headstone uncovered in Naple’s Piazza Santa Maria la Nova, the same graveyard where his daughter and son-in-law were buried, which is covered in images and symbols of the House of the Transylvanian ‘Carpathians’.

“When you look at the bas-relief sculptures, the symbolism is obvious. The dragon means Dracula and the two opposing sphinxes represent the city of Thebes, also known as Tepes. In these symbols, the very name of the count Dracula Tepes is written,” said Medieval history scholar Raffaello Glinni

(2) When Terry Gilliam of Monty Python fame directed “Benvenuto Cellini” at the English National Opera, Reuters said the audience “could be forgiven for thinking it was a preview for the Python reunion show in July.”

Gilliam, who seems to hate a void, filled the stage of London’s enormous Coliseum theatre on Thursday with jugglers, trapeze artists, stiltwalkers and tumblers for one of the 19th-century French composer’s most troubled works.

Huge papier-mache-style masks of a devil and a skull were paraded down the aisles within minutes of the curtain going up and they remained suspended from boxes on either side of the stage for the duration, emphasizing the carnival tone.

(3) A correction to previously reported Star Wars medical news. Harrison Ford broke his leg, not his ankle. The London Telegraph also insists that the injury resulted when Ford was “crushed by a revolving door at Pinewood Studios” – contradicting the original report that the actor was hurt by a falling door on the Millennium Falcon. (Not even George Lucas equips spaceships with revolving doors.) Don’t you hate it when a beautiful story is assaulted by a gang of ugly facts?

(4) Scarlett Johansson’s character Black Widow will ride Harley-Davidson’s new electric motorcycle in the upcoming film Avengers: Age of Ultron. “Will Harley sell the seat afterwards?” asks a reader, which is exactly the kind of question that is giving fandom a bad name these days. What’s worse, the person who sent the link evidently didn’t take note that it’s Johansson’s stunt double who’s riding the motorcycle.

(5) The 5D Science of Fiction 2014 world-building conference will take place at the University of Southern California from October 24-26. Experts, teachers and students across multiple divisions at USC Cinematic Artswill co-create a fictional city named Rilao. “We will explore Rilao’s history, systems, cultures, tribes and stories. And through Rilao we will creatively and critically re-envision the near-future horizons of our own real-life cities and world.”

(6) John C. Wright baited the hook of his United Underworld Literary Movement Manifesto with an irresistible picture of four Batman villains captioned, “UNITED UNDERWORLD OF SFF (From Left to Right: Sarah Hoyt, John C. Wright, Larry Correia, and Vox Day).” How can you not go look?

(7) And London’s tubes seem to be filled with comedy gold. Here’s yet another album of fake London Underground signs. 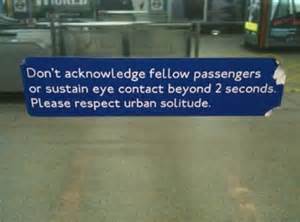 [Thanks for these links goes out to John King Tarpinian, James H. ”The Babbler of Seville” Burns and Andrew Porter.]