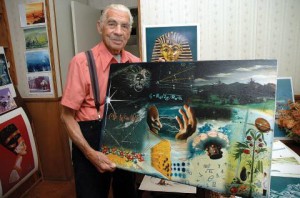 Artist Sol Dember died July 23, 2011 in a car accident, however, his passing just recently became known within the sf community.

He began as a scientific illustrator, specializing in astronomical paintings. When Dember was an art director for Rockwell Scientific he drew over 500 illustrations of space vehicles, machinery and surfaces of imaginary planets. 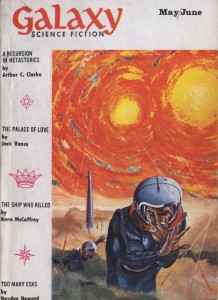 Dember cover for “How The Heroes Die.”