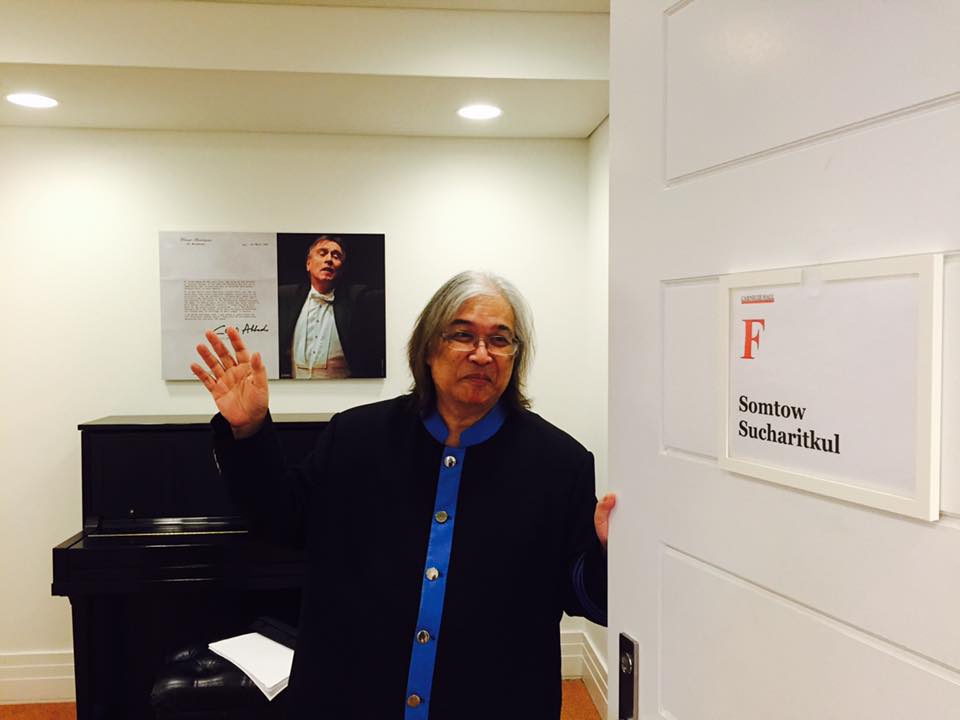 Congratulations to Thai composer, conductor and sff writer Somtow Sucharitkul, winner of the 2017 European Award for Cultural Achievement given by the Kultur-Forum Europa (KFE).

KulturForum Europa / Europe Culture Forum has decided to award composer, conductor and novelist Somtow Sucharitkul for his services (and also in the spirit of international diversity) — as cultural ambassador between East and West, overcoming national borders and cultural-historical barriers from and to Europe, and establishing meaningful collaborative connections in Thailand and Europe — the 2017 European Award for Cultural Achievement / KulturPreis Europa.

“I’m thrilled and humbled by this award,” he said. He is the first Thai and the first East Asian to receive the award, and only the second composer, the other being Hans Werner Henze, one of Germany’s most celebrated 20th-century musicians.

KFE was founded in 1992 on the initiative of Hans-Dietrich Genscher, the German statesman who shepherded Germany’s foreign ministry through the years of reunification, promotes European thought in all areas of culture.

The President of the KFE will travel to Thailand and present the award on December 18, the UN International Migrants Day, at a concert in the Thailand Cultural Center. Sucharitkul will conduct Beethoven’s Ninth Symphony – and he told File 770 he hopes to have it livestreamed.

Past winners have included actor Georges du Fresne, American writer Doug Wright, and Elzbieta Penderecka, creator of the Krakow Beethoven Festival. The initial winner in 1993 was Annemarie Renger, the first woman to serve as president of a German Parliament and the first woman to be nominated for President by a major party in Germany.

[Somtow] credits the widespread attention in the international media for his DasJati project, a series of ten linked music dramas based on the iconic last ten lives of the Buddha, which when completed will constitute the “largest classical work of all time” in the words of London’s Opera Now.  Part of the work toured in Europe last year, and was an eye-opener for European audiences, positioning Thailand in the cultural limelight.

“It’s important to me that the KFE’s website’s headline is ‘2017 Award to Thailand.’” Somtow added.  “Exciting things are happening here artistically.  I firmly believe that we are heading toward a realignment of the world’s cultural map and that Thailand is going to be a regional center of such a map.  This is why, after a half-century of a career in the west, I came back to Thailand.  This is where it is truly happening now.   I am gratified to be a small part of this revolution.  I am proud to accept the award on behalf of all the artists and the people of this country.”

He still maintains connections with American fans: in 2015 a group attended the premiere of his opera The Snow Dragon at the Skylight Theatre in Milwaukee.