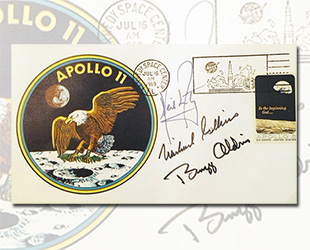 The Astronaut Scholarship Foundation’s latest auction of astronaut memorabilia closed November 8 and the most valuable item by far was the Armstrong family’s “Apollo 11 Crew-Signed Insurance Cover” which sold for $18,251.

The Foundation was created in 1984 by the surviving Mercury astronauts and funds twenty-eight $10,000 scholarships for undergraduate students pursuing science and technology degrees.

The “insurance covers” were commemorative envelopes signed by the crew of the first Moon landing mission, bearing a postage stamp featuring the iconic picture of the Earth as seen from the Moon taken on an earlier fly-by, and postmarked at the Kennedy Space Center on the day they launched. They were created as something the families could sell to augment the astronauts’ life insurance if the men failed to return alive. Fortunately, the mission was fully successful.

Insurance covers from Buzz Aldrin’s and Michael Collins’ collections have been sold in the past, but this is the first item of any kind ever sold from the late Neil Armstrong’s personal collection.

The next most expensive item in the auction was a copy of the STS-41F Mission Chart signed by thirty-six Space Shuttle, Mir, and ISS astronauts including John Glenn and Fred Haise. STS-41F was a cancelled mission that would have launched in 1984. The chart brought in $2,100. 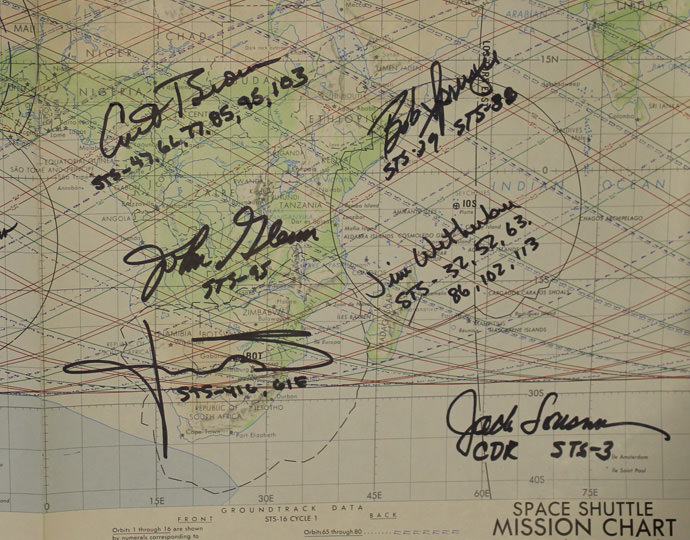