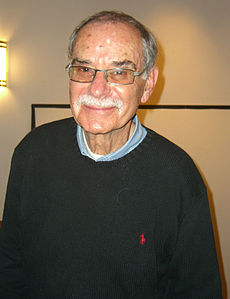 Goldberg went to work for Marvel when he was 17. He was best known as a Marvel Comics colorist and in the 1960s helped design the original color schemes of Spider-Man, the Fantastic Four and other major characters.

He also drew thousands of pages for Archie Comics, a relationship that lasted 40 years.

In 2012, the National Cartoonists Society presented him with its prestigious Gold Key Award