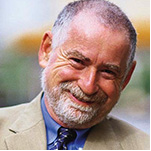 Peter Schwartz, who presented “Starships and the Fates of Humankind” is an internationally renowned futurist and business strategist, Senior Vice President for Global Government Relations and Strategic Planning for Salesforce.com, and the former head of scenario planning for the Royal Dutch/Shell Group of Companies in London (1982-1986.)

Speaking with buoyant enthusiasm and charm, Schwartz listed an array of possible outcomes to critical issues that control whether humanity will ever break out of the solar system.

Propulsive Energy: (1) No. (Won’t be enough for interstellar travel.) (2) Slow. (Voyages lasting more than a human lifetime.) (3) FTL. Are we constrained by physics/relativity? Schwartz argued that we don’t know all that is going on – perhaps the hard-to-explain things that seem symptoms of a complex universe may be explained by a fundamentally new insight about how it works, and open a possibility for faster travel. (But a questioner in the audience asked skeptically, “Are we really going to reinvent the universe?”)

Life Support: (1) Generation ships. (2) Sleep ships. (3) Relativistic ships. (4) Download ships. Schwartz commented about the last option that it would be a big leap to replicate our awareness.

Why Go? Humanity’s willingness and resources to go interstellar will be influenced by population growth. He looked at three predictions, each providing its own reasons for looking outward.

One prediction holds that by 2300 the population will be 36 billion. He titled this alternative “religious” and drew a laugh saying, “The biggest mistake I ever made in my career was assuming the world was going to become more secular.” In this scenario the world may live in Paolo Soleri-type arcologies. The world may look like Manhattan.

Another prediction is the world population may remain around 9 billion. We may solve all the problems of sustainability. Or we may fail to solve the social, political and environmental problems.

A third prediction is that population will fall to around 2 billion. Very few children. Ecological decay. Vast wealth.

Schwartz felt all these possibilities played into four major scenarios. (1) Stuck in the mud. We can’t get out. Don’t have enough energy. (2) God’s galaxy. There’s an interstellar race to evangelize aliens via a generational ship. After all, the Vatican has its own astronomer and a binder titled “What to do if aliens appear.” They have considered how to respond if the question comes up. (3) Escape from a dying planet. Save the species via sleep ship. Dealing with huge volumes of people and organic matter they’ll want to move into space. (4) Trillionaires in space. Explore the universe. Relativistic, download or FTL. The wealthy aren’t going in generation ships – like today’s rich people, they want to be out there.

He concluded there are many pathways, however, most of them lead to humanity reaching the stars. A galactic civilization is almost inevitable.

In the question period that followed, David Brin teased, if this is the historic day when starship planning began it will be watched by millions in the future (presumably using time-travel broadcasting). “Shouldn’t we turn and wave at the wall?” And having said it, he turned to the side wall and waved.

Schwartz answered someone else’s question saying he based his confidence on the inventive capacity of our society. That elicited an audience member’s critique — we’re enjoying a technological peak right now which suggests a positive outcome, but if we were looking at the future from the vantage of the ecological collapse of Easter Island we would say collapse was inevitable.