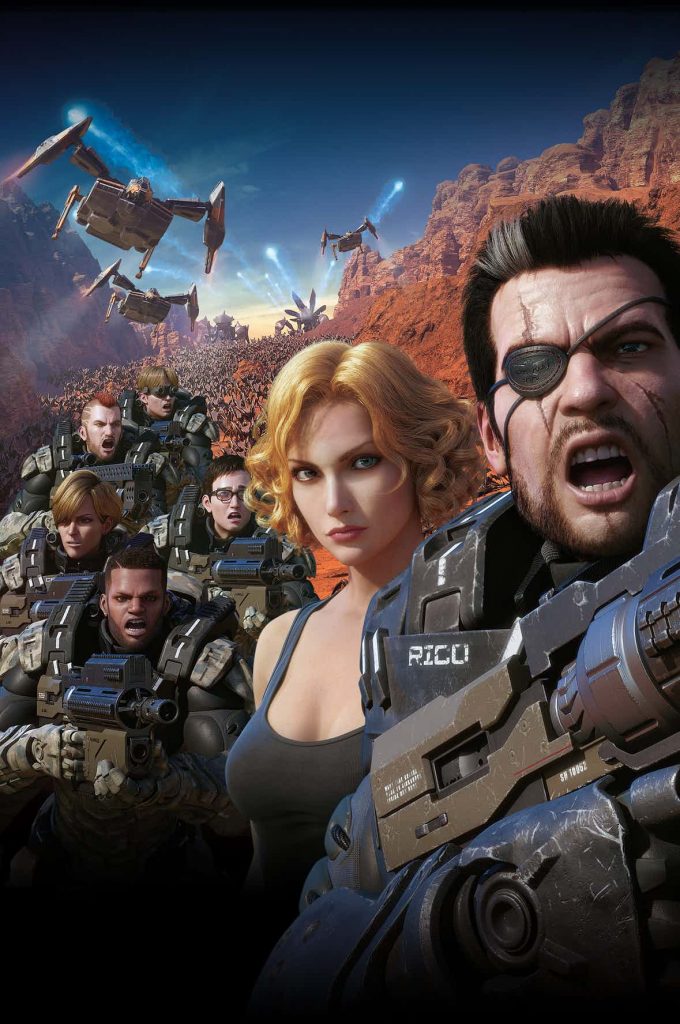 I was determined to see Fathom Events one-night showing of Starship Troopers: Traitor of Mars, for reasons that were not fully clear before I went, and are practically, um, unfathomable now. Maybe it was to compensate for having viewed the eclipse in isolation earlier in the day, something that proved to be a much more important social event than I expected. However, I wouldn’t say that being part of the audience of five people at the late-night showing I attended made up for failing to connect with eclipse watchers in the morning….

This is the 20th anniversary of the original. As I recall, Willard Stone and I lit out of work to see the first Starship Troopers movie on opening day in 1997. Although I objected to it as an adaptation of Heinlein’s novel, the years have softened the memory to let me appreciate the film’s delicious cultic awfulness (which many of you argue is a satirical master stroke.) Troops standing shoulder to shoulder like Napoleonic infantry armed with assault rifles, blasting away at huge bugs that seem to take about a thousand bullets apiece to kill, was just the beginning of the list of tactical absurdities that characterized the film.

And over the last 20 years the makers of the sequels – Starship Troopers: Traitor of Mars is the fifth of its ilk – have carefully distilled those elements of the original. There’s the tactical nonsense, of course, as incredible spaceborne marines with ginormous guns are deposited by vulnerable landing craft amid myriads of ferocious, giant arachnids, whom they spray with automatic rifle fire until things get desperate enough for them to unleash more powerful weapons that could easily have been delivered from orbit. But there’s also traditional storytelling about the camaraderie of a small infantry platoon, the important relationships of close friends, and war-doomed romances.

For this one-night event, Fathom preceded the film with an introduction by writer Ed Neumeier and star Casper Van Dien (who with Dina Meyer reprised – as voice actors – their 1997 roles). Van Dien’s energy was enjoyable – the volatile actor knows just when to drop in his signature line, “Come on, you apes. Do you want to live forever?” There was also behind-the-scenes footage of the director, motion capture specialists, and CGI animators to explain why the finished product is so lifelike, and how technological progress since the last movie made it possible for them to add action scenes they realized should have been there all along, like mobile infantry moving “on the bounce.”

Then the main feature rolled.

In “STARSHIP TROOPERS: TRAITOR OF MARS,” Johnny Rico has just been demoted and sent to a small satellite station on Mars whilst the Federation attacks the bugs’ home planet. While trying to train his new recruits on this remote quiet station, the bugs show up in a surprise attack but the Federation’s Fleet is too far away to help. It’s up to Rico and his Troopers to save the planet and uncover how the bugs made it so close to home.

While the opening sequence of the film made me feel like I was trapped inside a video game – and for good reason – most of the time I was impressed with the convincing dimensional depth of this 2-D animated format.

I also appreciated how the screenwriter found a plausible way to put Johnny Rico (Van Dien) and Dizzy Flores (Dina Meyer) back together again in an extended sequence, and that it was skillfully edited to avoid the feeling that rapid-fire action had ground to a halt. 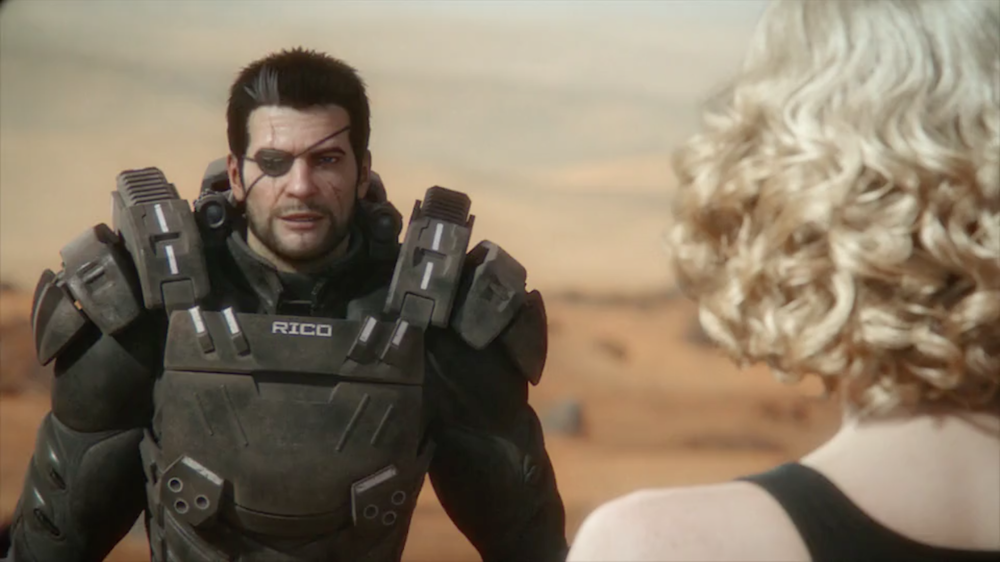 And while Johnny has a lot of mileage on him by now – scarred, and wearing an ostentatious eyepatch – it’s still his connection with high school chums Carl (in intelligence) and Carmen (a spaceship captain) that makes all the difference in the outcome of the story.

Despite the Heinlein questions in the quiz screened before the show began, these movies have only the most evanescent connection to the namesake novel. They are their own thing now, a vividly colorful gun show knit together with mild media satire and nostalgic romance. I can’t deny all the artistic talent that has been invested in bringing these elements to the right audience – except those fans seem to have been somewhere other than at the AMC theater in Arcadia last night.